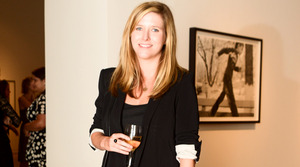 Ken Kurson, formerly contributing editor at Esquire, has been named editor-in-chief at The New York Observer.

Guillaume Bruneau, formerly art director at The Daily Front Row, has been named creative director at the publication.

Stephanie Genito, formerly an intern at Factory PR, been named fashion assistant at the company.

Jerin Jones, formerly an intern at PR Consulting, has been named fashion assistant at Factory PR.

Lola Mendez, formerly senior coordinator at Lividini & Co., has been named manager at the company.

Danielle Dixon has been named PR coordinator at Joe Fresh.

KCD Digital announces its representation of farfetch.com in the U.S.

KCD Digital announces its representation of farfetch.com in the U.S.

VPR announces its representation of JustFab.

Burberry Promotes Jan Heppe to President of the Americas