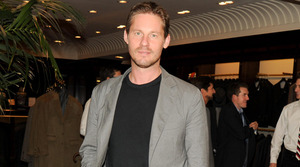 Mikki Halpin, formerly editor at large at Glamour, has been named deputy editor, articles at the publication.

Genevieve Roth, formerly articles editor at Glamour, has been named special projects director at the publication.

Alexa Weibel, formerly freelance writer and recipe developer, has been named associate food editor at Every Day with Rachael Ray.

Sarah Leingang, formerly associate beauty and accessories editor at Brides, has been named fashion and beauty editor at Destination: W.

Alana Peden, formerly beauty intern at InStyle, has been named beauty and fashion assistant at More.

Jes Feuer, formerly PR manager at Victorinox, has been named director of PR and communications at the company.

HL Group announces its representation of Echo Design and ROXY.

Marion Cotillard Comes Out To Support The Fam