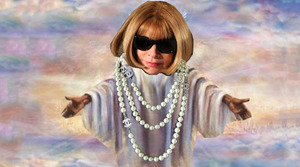 (NEW YORK) Anna Wintour, editor-in-chief at Vogue and editorial director at Teen Vogue, has been named artistic director at Conde Nast as well.

Danielle Mattoon, formerly travel editor at The New York Times, has been named culture editor at the publication.

Jasmine Stanley, formerly intern at BrandLink Communications, Los Angeles has been named coordinator at the company.

The Collective announces its representation of D’Lashes by Dionne Phillips.

VPR announces its representation of LaPina by David Helwani.

Dining With Dunhill At The Down Town Association