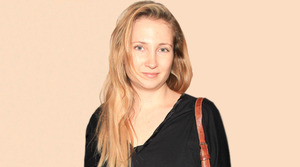 Caitlin Keating, formerly reporter at Fortune, has been named news assistant at People.

Tracy Corrigan, formerly editor at The Wall Street Journal, has been named digital editor at the publication.

Kerry Eleveld, formerly freelancer, has been named special correspondent at The Advocate.

Tom Etergino, formerly CFO at TheStreet, has been named CFO at Refinery29.com.

Melissa Goidel, formerly SVP at Brand.net, has been named CRO at Refinery29.com.

Ashley Miles, formerly regional vice president of sales at Brand.net, has been named EVP of sales at Refinery29.com.

BPCM announces its representation of Hadleigh’s signature men’s and women’s slippers for PR in the US.

Paul Turcotte Joins The Daily As President and Publisher