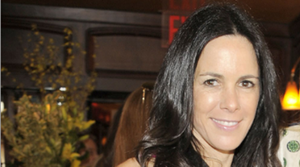 Lisa Ferrandino, formerly an intern at Loving + Company, has been named fashion assistant at Niche Media.

Katelyn Peterson, formerly PR and event coordinator at Bloomingdale’s, has been named account coordinator in the L.A. office at Truth Be Told PR.

Aisling McDonagh, formerly sales director of the New York and New England territories at Buzz Media, has been named director of key accounts at Refinery29.

Jordan Jennings, formerly an intern at P3R, has been named junior account manager in the fashion and beauty department at the company.

RMO Wetherly announces its representation of Khai Khai, LA’t by L’AGENCE, and Shamballa.

The Collective announces representation of The Bar Soap Company from Dean Harrison.

The Collective announces representation of The Bar Soap Company from Dean Harrison.