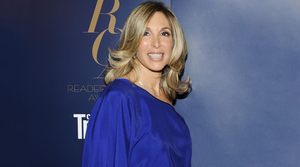 Breda O’Reilly, formerly director of sales at The Guardian, has been named advertising director at The New Yorker.

Rachel Chang, formerly editor-in-chief of J-14, has been named senior editor at Us Weekly.

Denise Valdez, formerly publicist at Hugo Boss, has been named account manager in the VIP Division at Bollare Communications.

Landon Miller, former executive assistant at Bollare Communications, has been named digital coordinator at the company.

Samantha Shaw, formerly director of public relations at Alexis Bittar, has been named director, global communications and fashion relations at Bumble and bumble.

Emily Horowitz Keret, formerly PR Manager at ideeli, has been named senior manager of PR in the women’s department at Saks Fifth Avenue.

PLUS! PR Intel…
Bollare Communications announces its representation of Jennifer Zeuner,  John Allan, La Mer, Lilogi, The Reformation, This Is Genevieve and NYX for Face Awards.