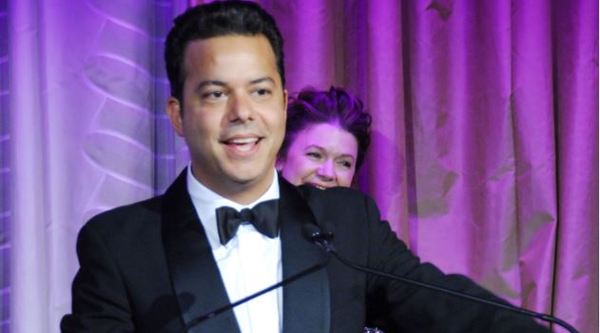 (NEW YORK) John Avlon, formerly executive editor at The Daily Beast, has been named editor-in-chief at the publication.

Jane McFarland, formerly fashion writer at The Times UK, has been named deputy fashion features editor at Net-a-Porter’s The Edit.

Sharon Tanenbaum, formerly beauty and news editor from Daily Glow, has been named online style and beauty editor at Us Weekly.

Matthew Carroll, formerly SVP and group publisher at Modern Luxury, has been named VP and associate publisher at Travel + Leisure.

Joël Palix, formerly president at The Clarins Fragrance Group, has been named CEO at FeelUnique.com.

Linda Hewson, formerly director of creative and windows at Selfridges & Co., has been named creative director at the company.

Natalie Pead, formerly head of multichannel content, media and editorial at New Look, has been named communications director at ASOS.

Vicky Land, formerly manager of editorial integrations and PR at Allure, has been named senior PR manager at SoulCycle.

Jessie Herron, formerly director of communications at Thirdman Fragrances, has been named VP of PR at Frey Wille.

Leslie Rummel, formerly SVP and partner at LaForce + Stevens, has been named SVP of client services and operations at Harrison & Shriftman.

Juliana Pires, formerly director at SHO + CO, has been named VP of VIP services at the company.

The Woods & Co announces its representation of Sublime Beauty and ThermiRF.

One PR announces its representation of Koret New York.

Sister Tribes announces its representation of Delfina Balda and Xinnatex.

ShopPR announces its representation of Silhouette by Christian Siriano and Under The Gunn.

Look Of The Daily: Lupita Nyong'o in Calvin Klein Collection