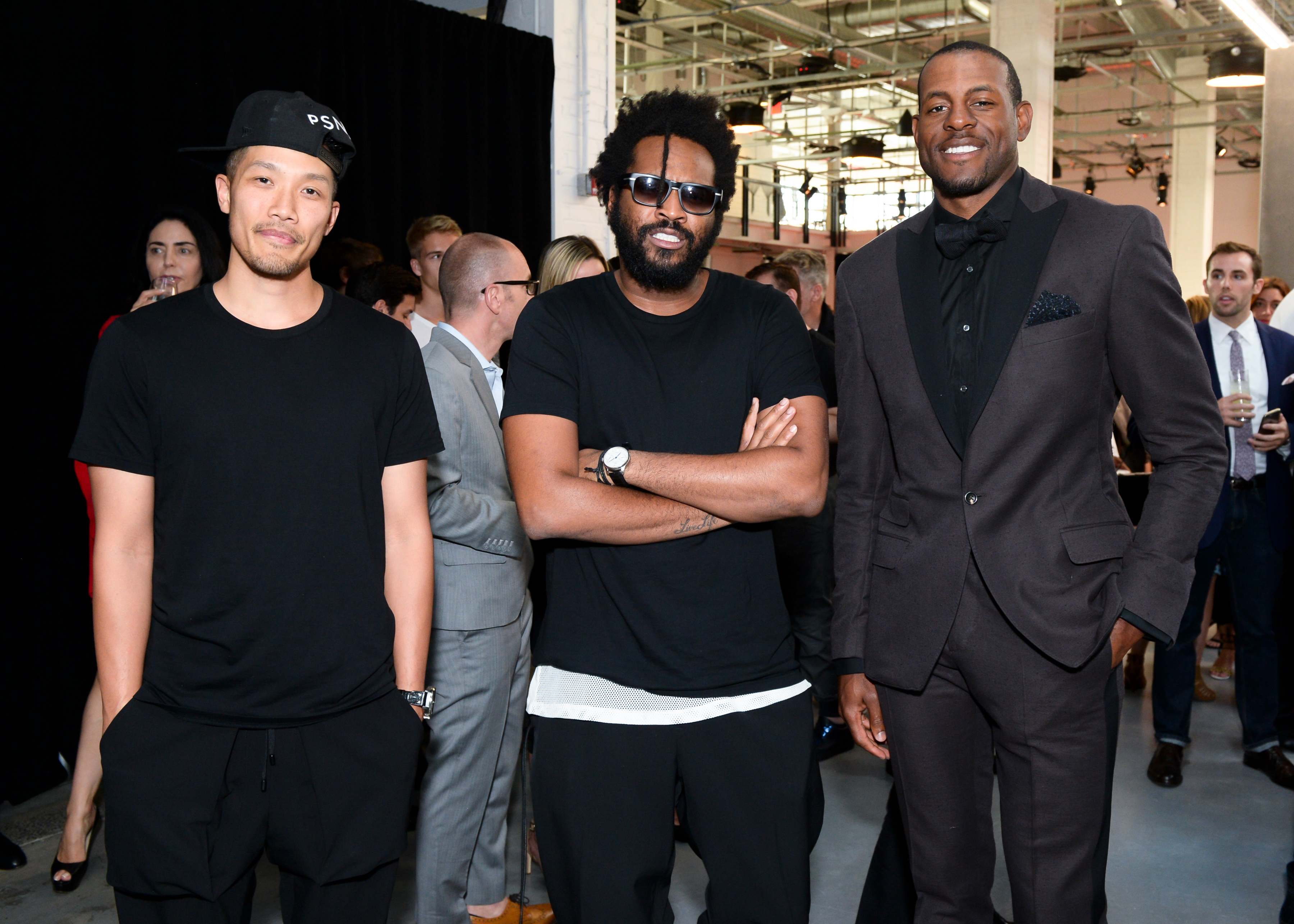 “There are so many cute guys at men’s fashion week,” Kate Bartle of Michael Kors told me at the Amazon Fashion party hosted with East Dane, MyHabit and the CFDA at the massive and sleek Amazon headquarters smack on the East River in Williamsburg. “And everyone in menswear is so nice too.” In addition to cute dudes, the kick off event for New York Fashion Week: Men’s was a who’s who of the men who make menswear happen. There were designers like Billy Reid, handsome David Neville of rag & bone, Italo Zucchelli of Calvin Klein Collection, Thaddeus O’Neil, Robert Geller, Shimon and Ariel Ovadia, Richard Chai, Phillip Lim, Michael Bastian, Todd Snyder, Thorsun’s George Sotelo and Siki Kim, to name a few. Siki was excited to show his new collection on Thursday evening. “I always try and do something different,” he told me. “I never want to be like everyone else.”

Where there is men’s fashion these days, there are sports stars in chic duds and Victor Cruz, Andre Iguodala and Mike Conley worked the room alongside celebs Joe Jonas, Darren Cris and Gabrielle Union. “It’s fun to see everyone in one room,” said Dockers’ Shaun Lee Lewis, who flew in from San Francisco for the week. I also saw cute Adam Shapiro (in from London), Flour Shop’s Amirah Kassem, Greats’ Ryan Babenzien, Joshua Sasse, Luis Fernandez, Bruce Pask, Steven Kolb of the CFDA, Ken Downing, Hanuk, GQ‘s Jim Moore, Ben Pundole and Brendan Fallis who spun the music. Out on the sidewalk, Nick Wooster puffed a cigarette and chatted with model Eric Rutheford. “I want to be Nick Wooster,” Eric exclaimed. “No – just be you Eric,” said Nick. “You’re fabulous already.”

Cathy Beaudoin, Amazon’s President of American Fashion, is a champion of the style landscape and commissioned photographer Erik Madigan Heck to iconize 16 designers that are showing collections, like Tommy Hilfiger, John Varvatos and Perry Ellis. The exhibition, titled “Beyond Utility: The Art of Menswear,” moved the next day to Skylight Clarkson Square, the home base of men’s fashion week. See you at the shows. 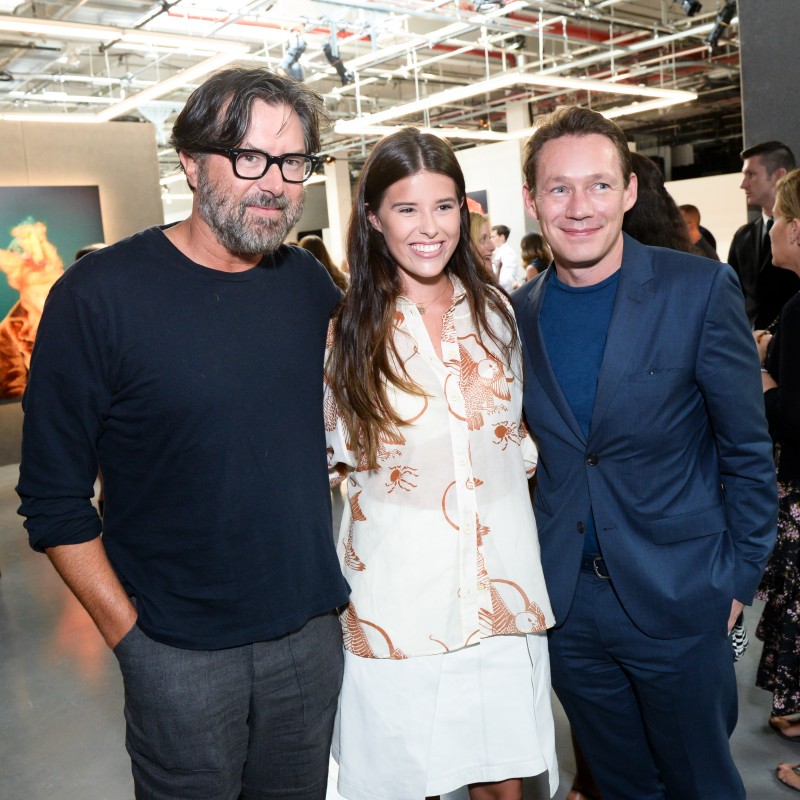 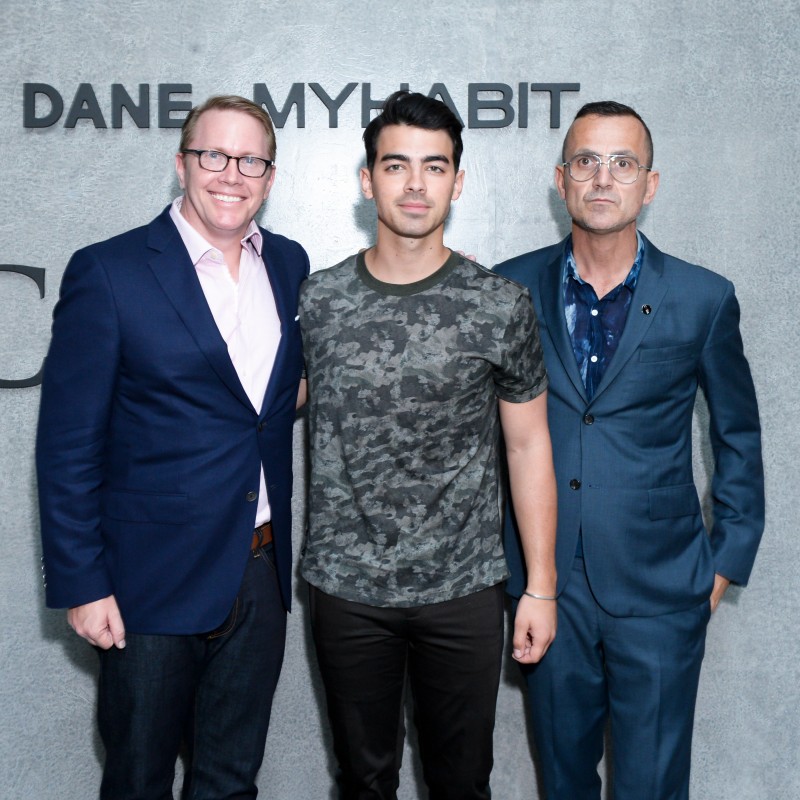 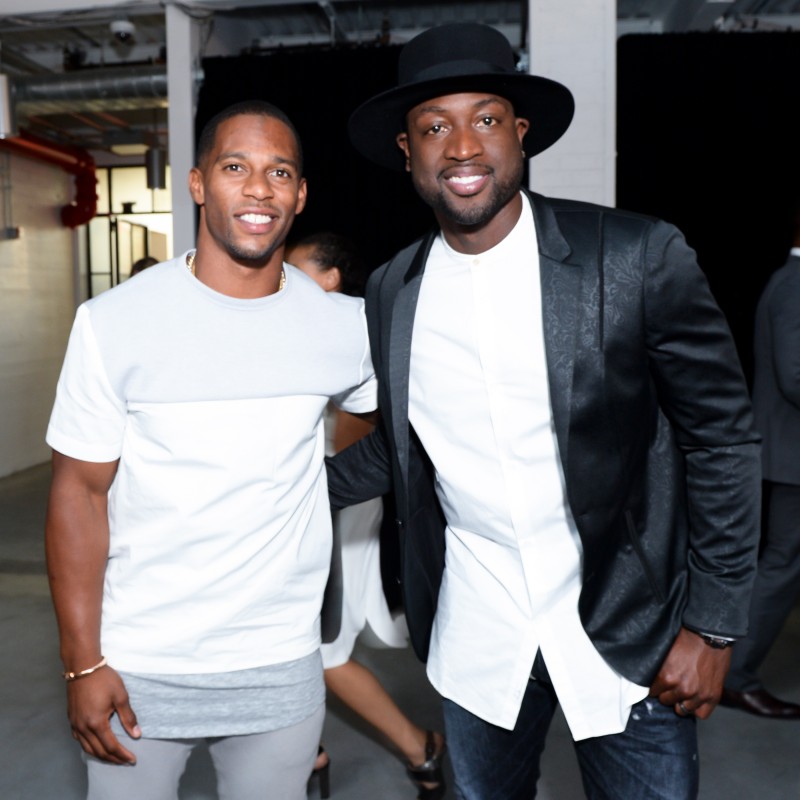 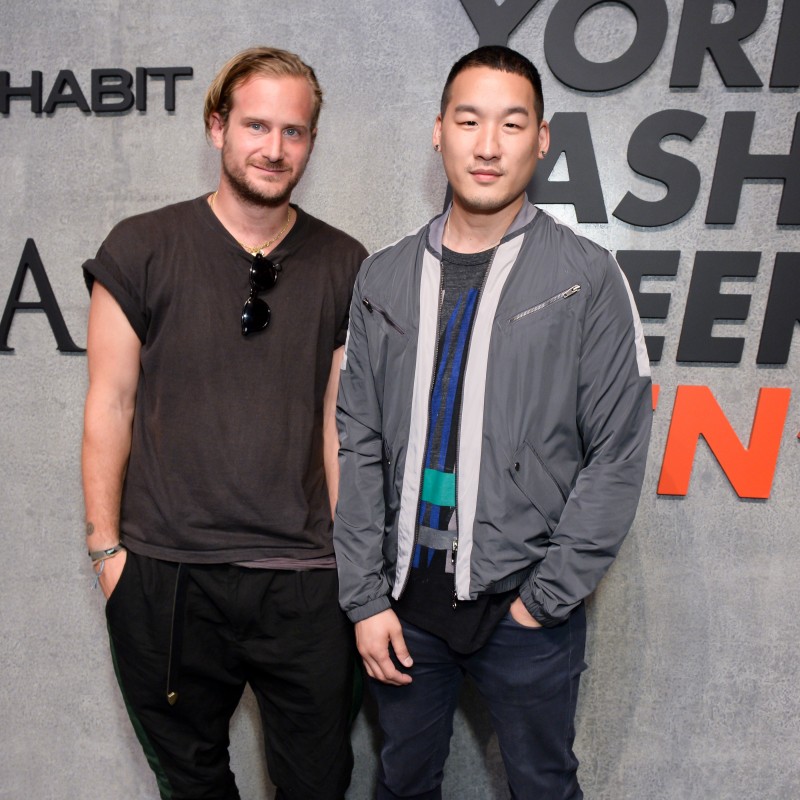 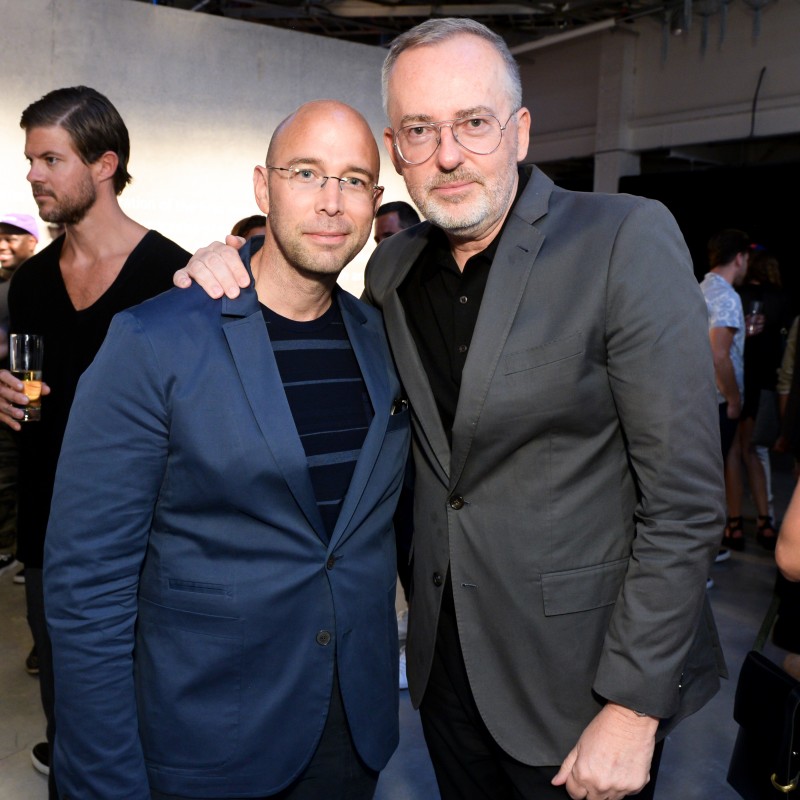