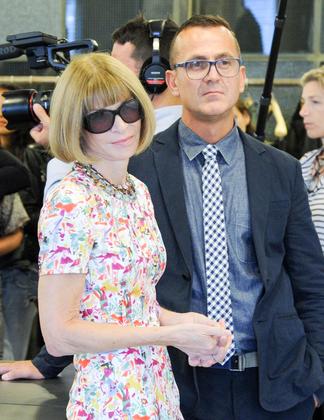 (NEW YORK) Get those DVRs ready: The CFDA/Vogue Fashion Fund will be hitting living rooms across the nation. Arts network Ovation has partnered with Conde Nast Entertainment to produce a reality show, The Fashion Fund, featuring emerging designers who want the opportunity to win the 2013 CFDA/Vogue Fashion Fund and a $300,000 grant. The committee will include Diane von Furstenberg, Ken Downing, Andrew Rosen, Anna Wintour, and more. Six one-hour episodes have been ordered and will premiere December 10th.

However, New Yorkers with Time Warner Cable won’t be able to watch the show because the network was pulled from the cable giant last year. Perhaps Gotham fashion fans can change that by signing the petition to bring back Ovation. Because not tuning in on Anna on a weekly basis is certainly far from ideal.  We’ve been waiting for this to happen, et vous?