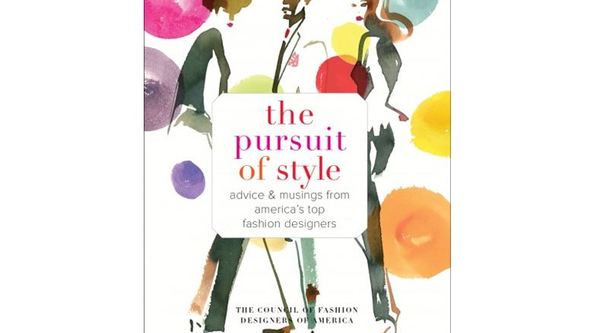 (NEW YORK) The latest project from the Council of Fashion Designers of America will highlight their 400-plus members in a tome, The Pursuit of Style: Advice and Musings From America’s Top Fashion Designers, published by Abrams. Featuring pearls of wisdom from the likes of Donna Karan, Ralph Lauren, and Narciso Rodriguez, there will be career tips, personal style advice, and other fashion-related musings. The book, which features colorful illustrations by Bill Donovan, opens with a foreword by Diane von Furstenberg, CFDA’s president, and Steven Kolb, the org’s CEO. Also contributing sage advice is Jessica Alba, who was selected to write the introduction.

This isn’t the CFDA’s first dabbling in fashion books: In 2012, the org released Impact: 50 Years of the CFDA to celebrate half a century in business, which supplemented an exhibit at the Museum at FIT. They also pieced together American Fashion, which was released by Assouline in 2007, zeroing in on 100 designers from the ‘30s to the aughts. In that same vein, American Fashion Accessories and American Fashion Designers At Home were also published to further shine a spotlight on the bevy of designers who belong to the CFDA. The Pursuit of Style will hit bookstores on April 15th.