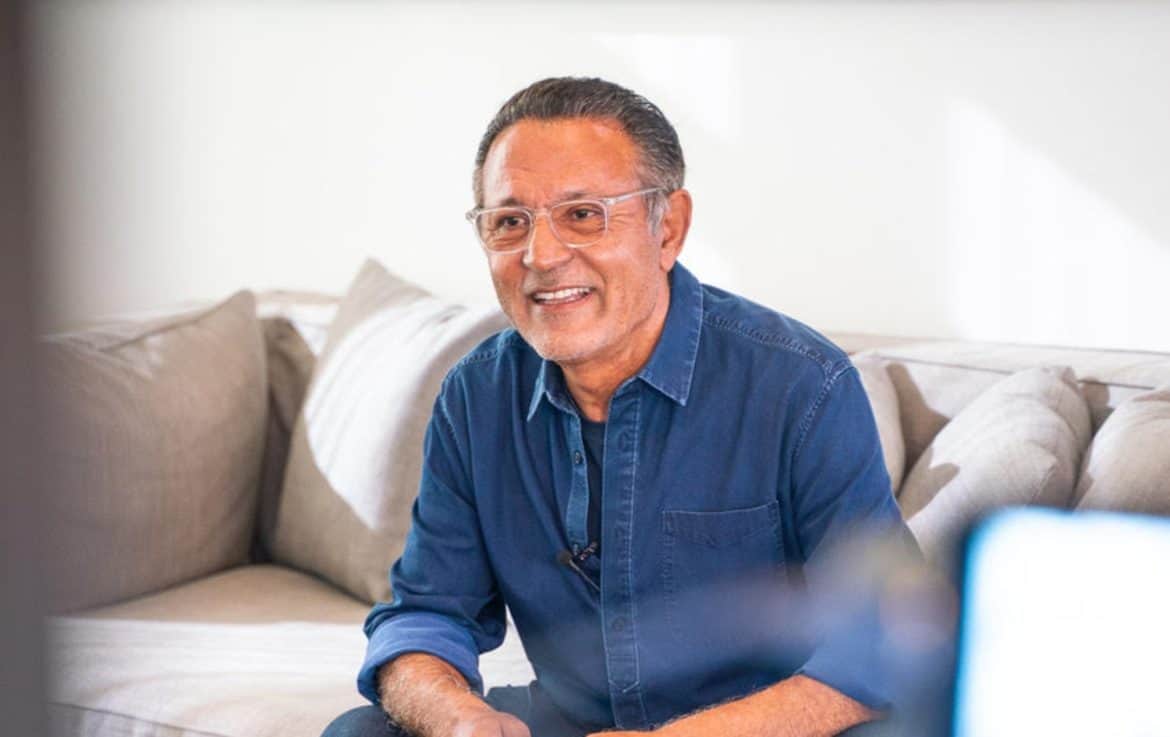 Elie Tahari has the type of backstory that makes for an engrossing movie script, having moved to New York City in 1971 from his native Israel with a mere $100 in his pocket. And as such, it’s fitting that his incredible ascent to becoming a household name designer is the subject of an award-winning new documentary, The United States of Elie Tahari. Currently enjoying its run around various film festivals, it charts how Tahari went from sleeping on a bench in Central Park to setting the tone for fashion trends just a few short years later. Feeling inspired after the doc, we had to get the story straight from the horse’s mouth!

Why did the time feel right to share your story in documentary format?
I actually never really thought about it! I haven’t spent a lot of time looking back on my life and career. Every once in a while people told me that they thought my life story would make a great movie, but I never thought about a documentary. I’m very proud of the final film, but what I’m most proud of is that my kids will now know my story, which will hopefully be an inspiration for them as much as I hope it will be for others.

What was your favorite part of the process?
We gave the very talented director/producer David Sereno full access to our digital and video archives, so I wasn’t really involved in the process. I sat for several interviews and was so honored and grateful that friends like Fern Mallis, Nicole Miller, Melissa Rivers and Dennis Basso, among others, agreed to appear and said such lovely things about me. I have to say, I was nervous about it but I loved watching the final cut. It made me realize how lucky I am to have experienced this life and to have been able to go from being without shoes to dressing all of these beautiful people. 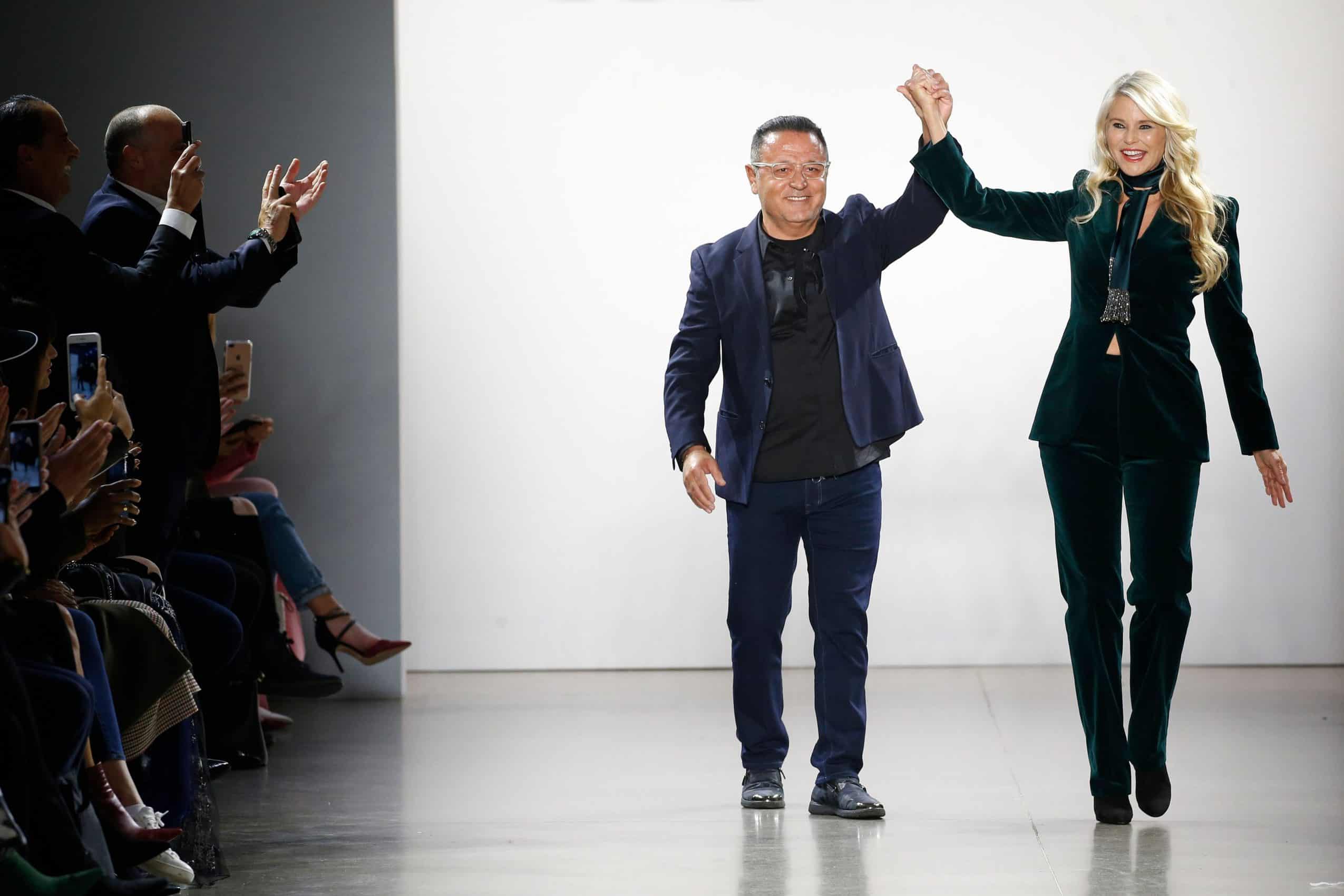 When you were a child, what was your biggest dream?
To be a pilot! When I got out of school in Israel I even joined the air force. I didn’t have a big life plan. I knew the moment I got to America that I wanted to stay, which was a huge motivator and became a dream for me.

If you had to boil your success down to three or four ‘ingredients’—what would they be?
Compassion, hard work, kindness, and surrounding yourself with the best people. But I was really driven by, and for, my family. The more success I had the more I could help my family and change the direction of our lives.

You very much achieved the fabled American Dream! Do you think it’s still possible for designers arriving today?
Yes, absolutely! I think it’s much harder now, but all kinds of fashion businesses are opening and if you are willing to work, you have what the consumer wants, work hard, and have passion and a dream, then you can achieve anything. At least that’s what I still believe. You have to believe that anything is possible. No matter where you are in life, you can achieve and dream and make it to the top if that’s what you want. But don’t let other people define your idea of success. Be true to yourself and the goals you set for yourself.

What qualities and traits in yourself are you most proud of?
Compassion and the ability to help people.

How do you personally define success?
Family. And a balanced life: balance at work, balance at home. I was ambitious but I also had nothing to lose when I started and I was really driven by, and for, my family. 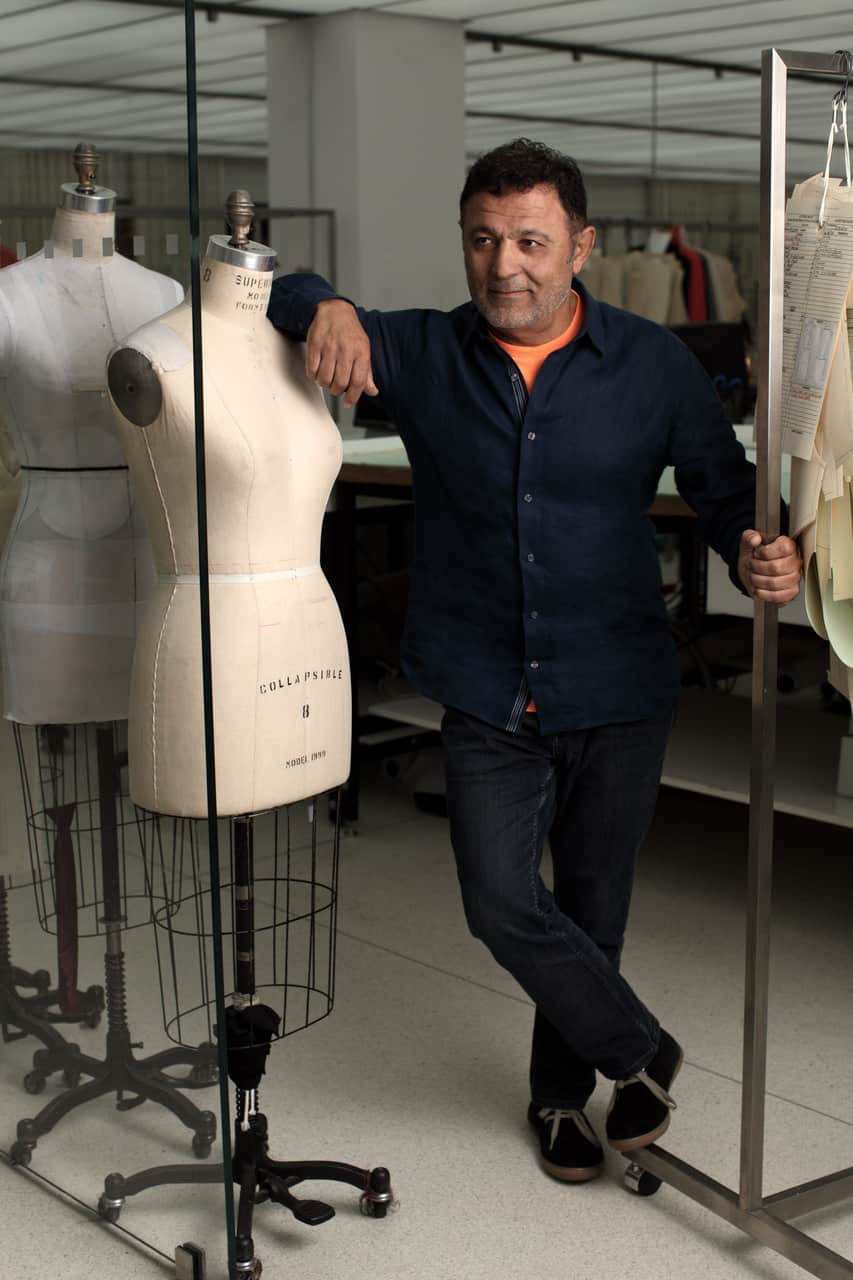 For younger readers, can you tell us about what styles originally put you on the map?
Well I know I am associated with the tube top, which I helped popularize, as well as many of the disco dresses I made in the ’70s, but so many women still come up to me and tell me they wore one of my suits from the ’80s and ’90s to their first job interview. They tell me it empowered them and they even got the job! That is such an honor for me.

Take us back to your Studio 54 days! What were they like?
It was an amazing time to be in New York! I had my first fashion show at Studio 54, which was actually just after the club opened, and it became such a success so quickly that when I went back to pay the bill they told me I couldn’t come in. They said “Your show was last week!”

Why do you think fashion from that era always comes back around? What made it so timeless?
I think everyone wants to be nostalgic, but that time was also about freedom in fashion. You had clothes that fit closer to the body, were more of a statement, and could let you express yourself in an individual way. I think some of the silhouettes have become classics because so much of fashion is about reinterpreting the past and updating it.

What’s your favorite thing about New York?
The excitement! I think it’s the most exciting place on earth and filled with the most stylish people anywhere. It’s the capital of everything. When I first came to New York I actually thought I was in Hollywood. I only knew America through the movies and I’ve been in love with it and New York ever since. 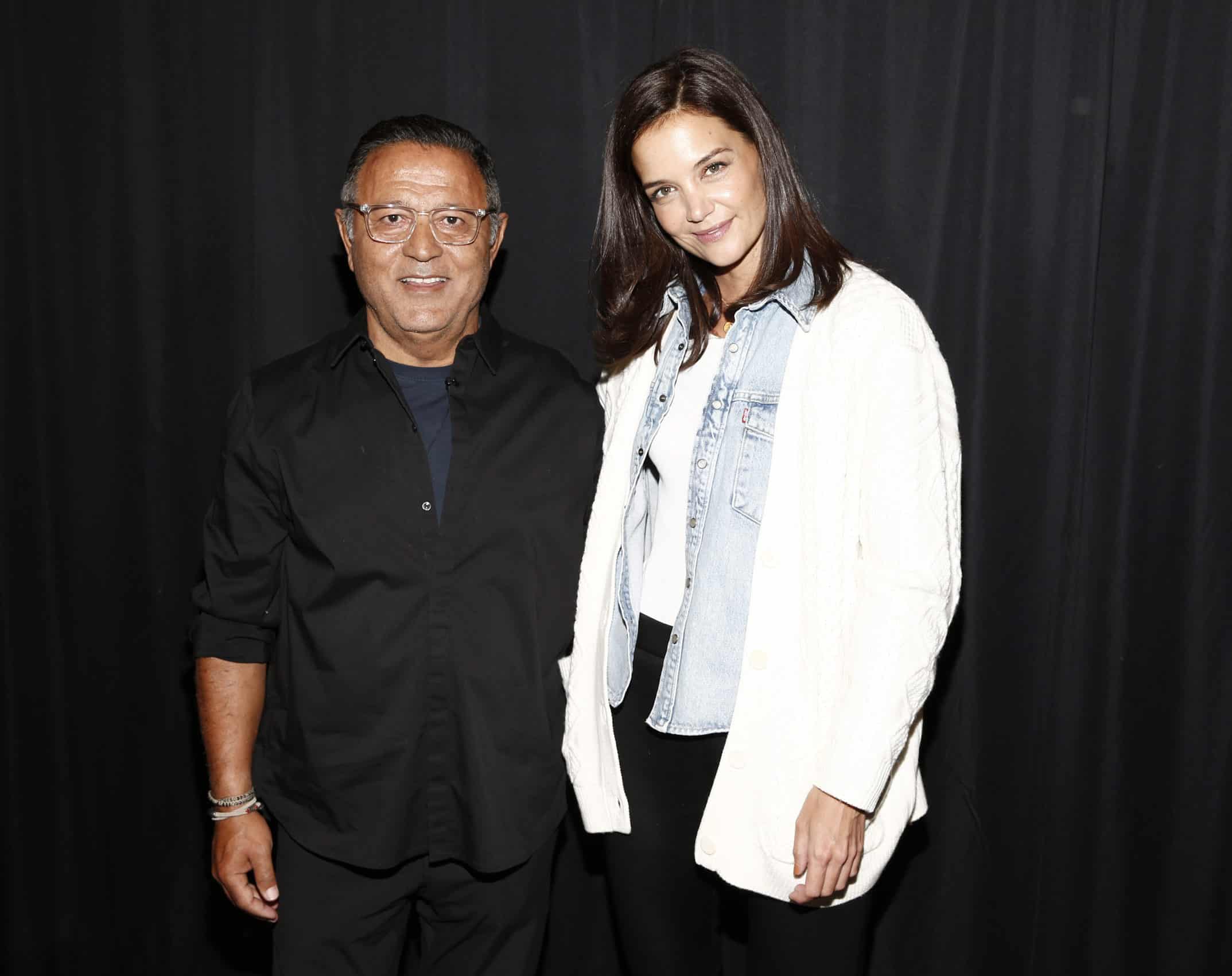 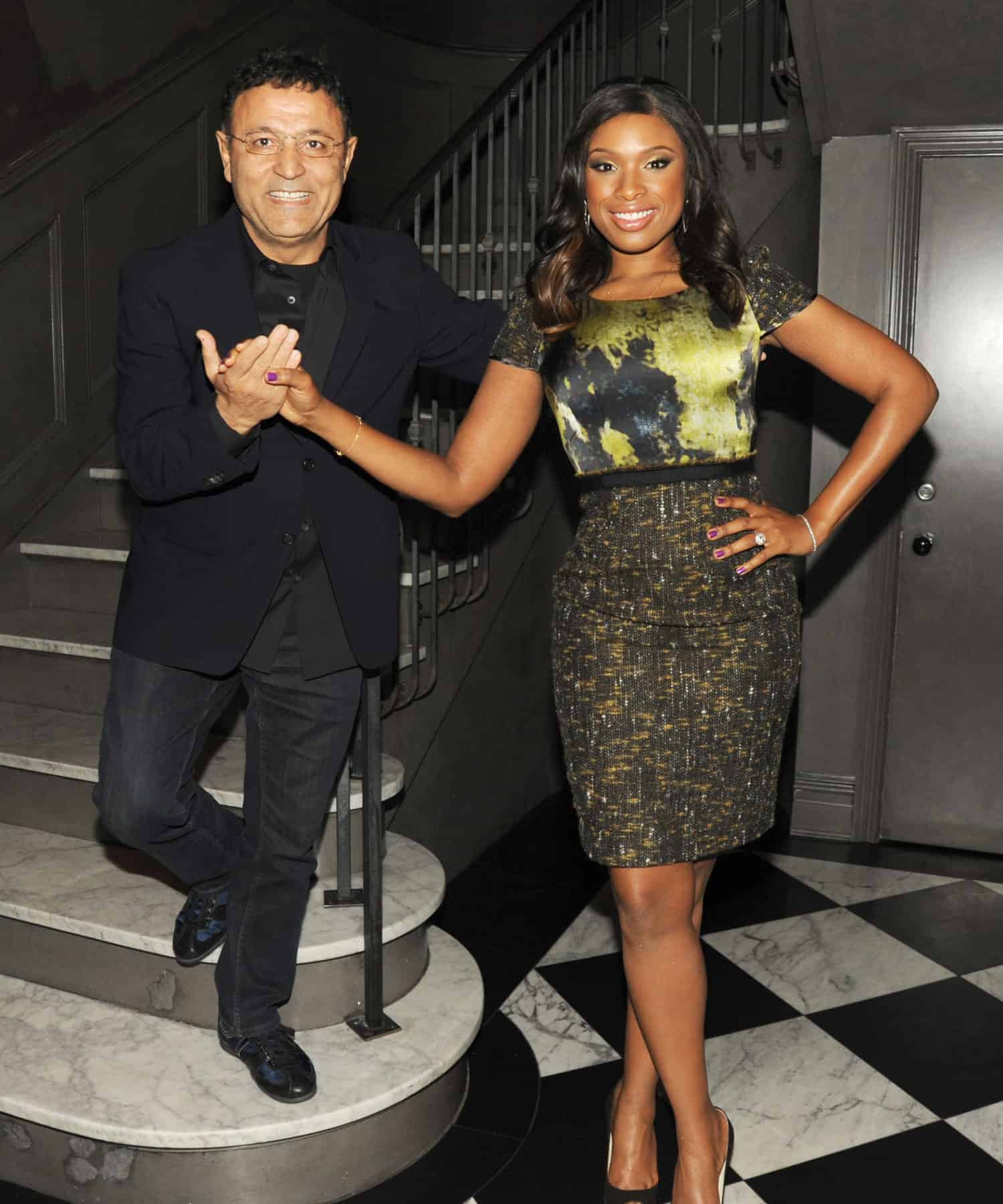 What’s your favorite thing about what you do?
I love creating things for women to make them feel good and that make them feel better about themselves.

What has the last year been like for you?
It’s been sad in many ways. To be indoors and not able to travel and see as many people is challenging, but we all make it through.

What are some positives you’re taking away from the last 18 months?
I got to spend more time with my family and have been able to have time to get to know good friends on an even deeper level.

What’s next for you and the brand?
We’ve opened five new collection stores, including Brickell in Miami and Aventura, Santa Monica in California, and in New Jersey at the Garden State Plaza, in addition to outlet locations and we have a great business on our digital flagship store . It has changed so much in 40 years and it’s still changing all the time. I love selling online now and the ‘buy now, wear now’ cycle. You get instant feedback from the customer and social media has also opened up whole new avenues for communicating that previously only happened when I visited our stores, so the business is good thank God! I just want to  keep going!

How Taipei Fashion Week Designers Are Keeping Sustainability At The Forefront