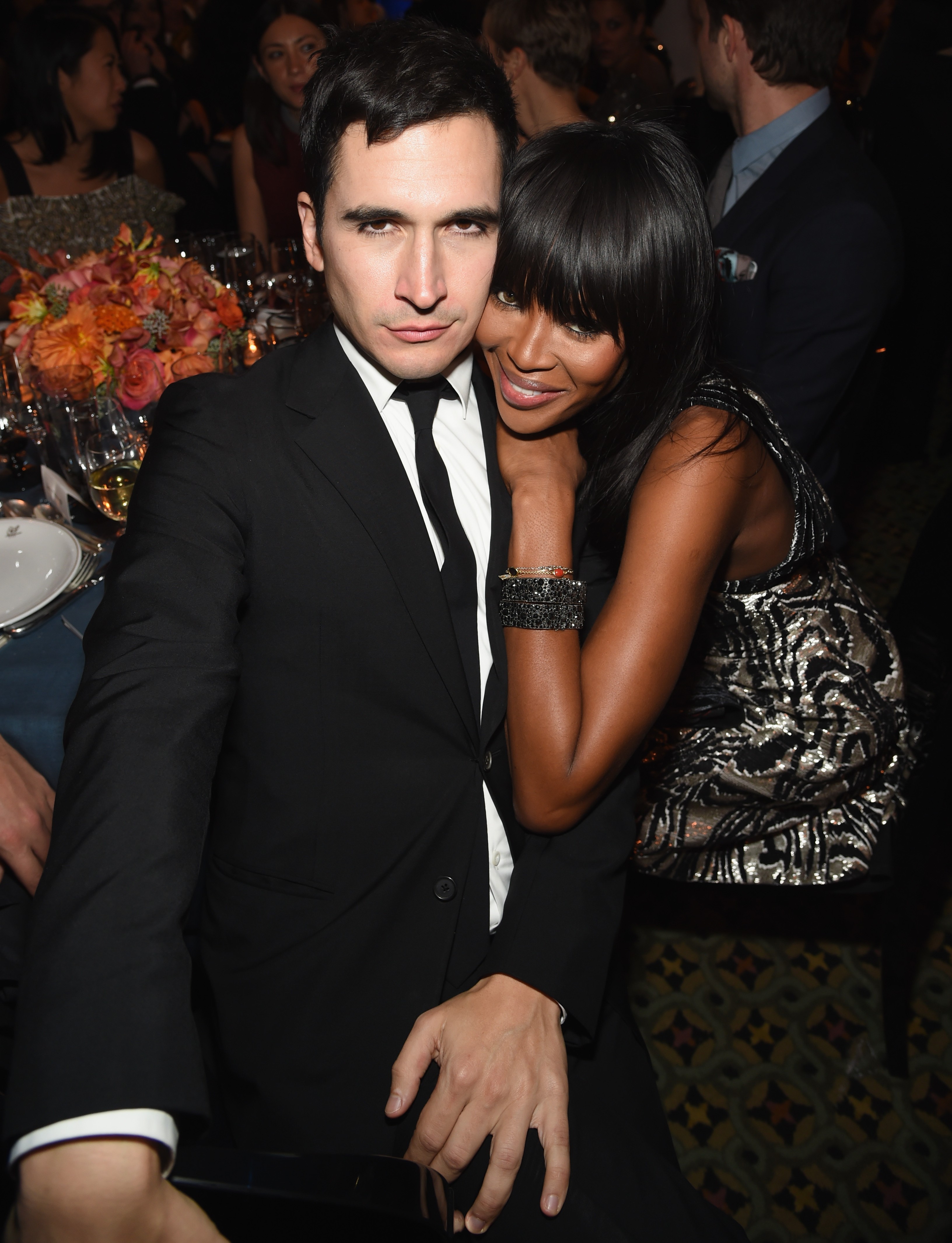 Last night was quite a big night for accessories. While the CFDA/Vogue Fashion Fund was crowning a young victor downtown, the Accessories Council was throwing their annual ACE Awards. While the star power in the room was blinding (including the likes of Kerry Washington, Carolyn Murphy, Dakota Fanning, Naomi Campbell, Coco Rocha, and Jack Huston), the accessories definitely did their part to rival that glitz. The brands being honored included Shinola, Kate Spade New York, Oliver Peoples, Proenza Schouler, Bulgari, Alex and Ani, Lord & Taylor, and Google Glass. Influencers including Washington, costume designer Lyn Paolo, Rose Marie Bravo, and ELLE‘s Robbie Myers also took home Judith Leiber-designed awards. As for the wildcard of the eve? That would be Flo Rida, who was honored as Style Ambassador. While he wasn’t sure how many karats he was donning on the red carpet, the singer was confident in his favorite accessory category: “Sunglasses! You’ll never catch me without them.”Since the Accessories Council is celebrating its 20th year in the business, your Daily decided to take a trip down an accessory-studded memory lane. What were the evening’s stars’ favorite accoutrements when they were twentysomethings?  “It was probably a really good cocktail ring. Although I was probably faking it until I made it back then,” said Kate Spade’s Deborah Lloyd, who was also an award recipient. As for Myers, “It was definitely my swimsuit. That was back when I was a diver and still competing.” Washington seemed to be ahead of the Normcore trend in her twenties: “I had my Birkenstocks, which I loved. And they’ve come back around, too!” As for Rocha? “I don’t remember what I was doing when I was 20, let alone what I was wearing!” Luckily, last night’s event was one to definitely remember.