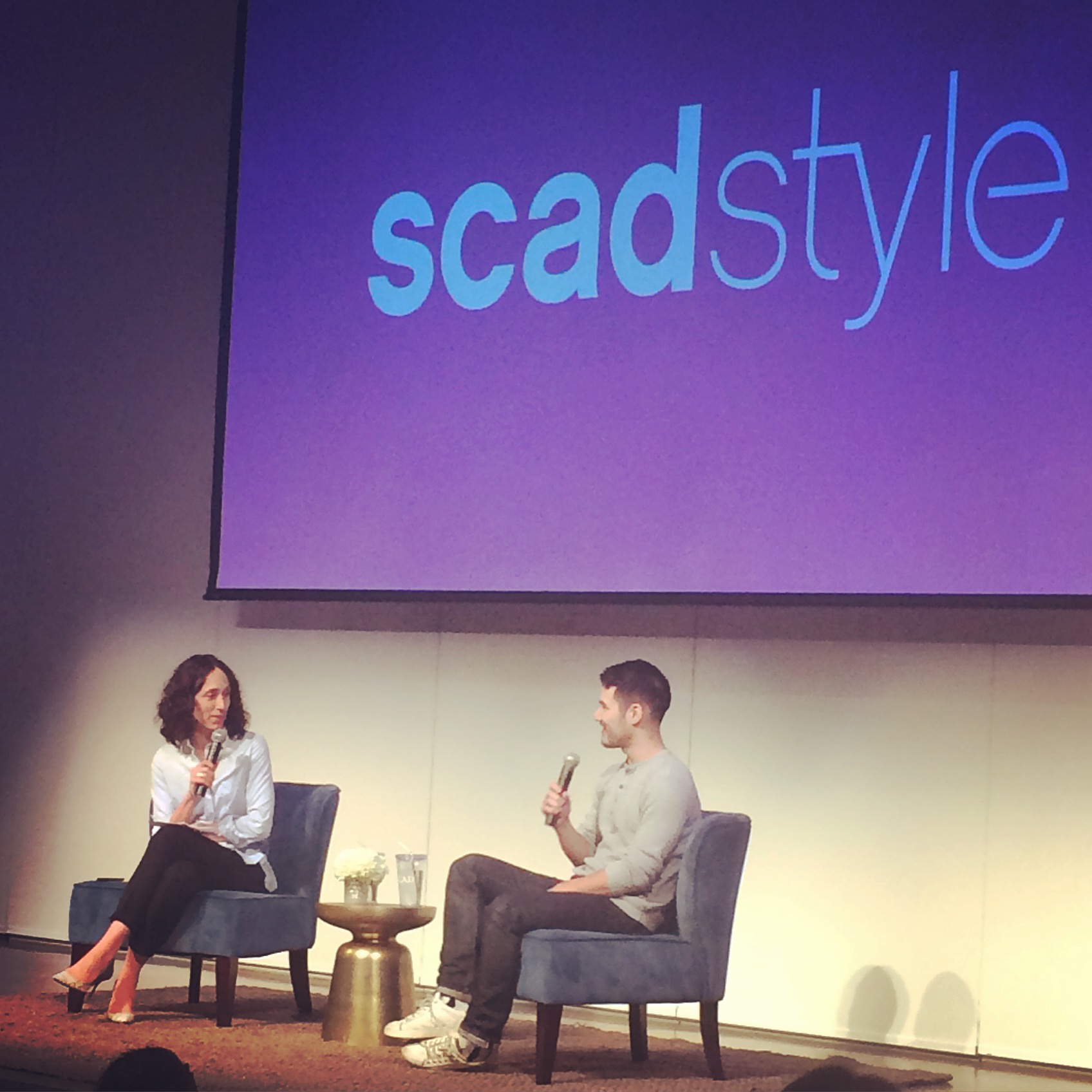 Let’s discuss Joseph Altuzarra’s ascent to success: From his early-career gigs with Marc Jacobs and Proenza Schouler to the creative genius he’s showcased through his eponymous collection, he’s won the approval (and closet space) of editors and shoppers alike. He’s also just a genuinely likable guy. Yesterday, Altuzarra sat down with Style.com’s Nicole Phelps as part of a SCADstyle panel at the school’s Savannah campus. Here are ten key insights into his impressive career…

1. He got his first internship at Marc Jacobs by sheer luck. “I had sent my resume out to a bunch of places and I got the position at Marc Jacobs. Later, I learned that they had asked an intern to alphabetize all the resumes. Naturally, Altuzarra was at the top of the pile. I was the first one called, and I was available, conveniently.”

3. Riccardo Tisci taught him how to do research. “Riccardo’s greatest strength is his breadth of knowledge and research. I learnt from him what to look for when doing research and where to look when you’re building photos for garments.”

4. He originally thought social media wasn’t a great fit for his brand. “When I started the company, I was still very much entrenched in a certain way that we had to act to be a luxury company. There were certain things at the beginning that I didn’t open up to soon enough, and the power of social media was one of those things. I came to it very late because I was very skeptical of it; I thought of it as more of a lower market or a contemporary means of communication.”

5. Retailers encouraged him to change some of his designs…because of, yes, social media. “We have a really strong presence with retailers like Net-A-Porter and MyTheresa. We basically got feedback [from them] that anything that had detail on the back of the dress wouldn’t sell as well, because the social media pictures are all taken from the front. We were encouraged to move the detail to the front of the dress.”

6. He was told that in order to succeed, his product needed to look more Céline-esque. “We started at the beginning of the recession. There was real uncertainty during that time about what would sell. I think Céline came around and really started this whole trend for simple, easy, everyday clothes. I remember there was this wave of feedback from retailers that we should be doing that. We should be doing things that are more minimal, easier, and that fit within that trend.”

7. His financial backing from Kering has opened a lot of doors. “They’ve provided us with a lot of resources and opened a lot of offices for us in Italy. They’ve really streamlined our processes, they’ve introduced us to manufacturers, and we recently launched bags in thanks to their knowledge and their manufacturing capabilities. [This partnership] something that has really benefited us immensely.”

8. For now, he’s not interested in working at another brand. “From the beginning, especially after the partnership with Kering, I’ve been really focused on Altuzarra and on growing Altuzarra. Depending on what comes my way, one day there might be something interesting, but it’s not something I’m seeking out.”

10. Altuzarra really, really likes to use movies as his inspiration. “A lot of times [my collections] start with a movie or some sort of a narrative. I like to have a story to begin from. I’m also a super obsessive person and I could watch a movie like 50 times and just go through and screenshot it all.”