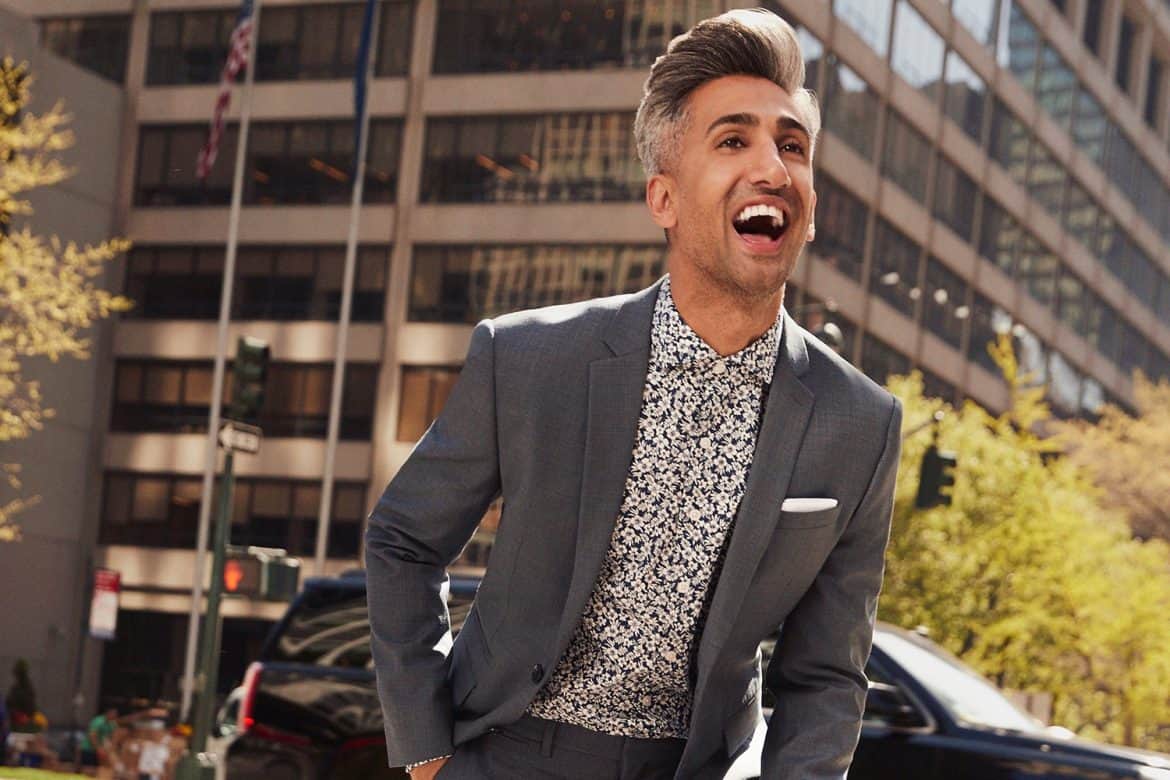 Fashion expert and Queer Eye star Tan France has joined Express to highlight their new philanthropic endeavor, Dream Big Project. As the name would suggest, the ongoing fundraising initiative was created to champion organizations and individuals as they pursue their dreams. As part of the project, the British TV star hosted Express’ first-ever virtual summit, which took place to raise money for GoFundMe’s Small Business Relief Fund. As someone who started out with a small business of his own, France tells The Daily more about why the cause is close to his heart.

How did you get involved in the Dream Big Project?
I’ve been working for Express for a few months now. I usually do ‘Tan’s Edit’ where I select my favorite pieces. They asked if I’d be a part of the project and I said of course. I love that it’s supporting small businesses, that’s the component that really got me excited, especially during COVID as it’s been such a tough time. It speaks to me, as I was running my own small business when the economy crashed. I know what it feels like to go through a tough time.

What would your advice be to small business owners right now?
The thing I’d want to tell them is to pivot as much as possible to cater to your customer’s new needs and new demands.

What does your role within the project look like?
I’m hosting their summit, so I’m the person who corrals the panelists, makes sure it goes smoothly, and that we get as many donations as possible. As part of the summit, Express matched up to $50,000 in donations to the fund. It’s such a good cause.

Why was it important for you to get involved now, particularly after everything that’s happened this year….
If Express had of asked any other year, I’d have still felt passionate about it, but this year I’m extra passionate. Businesses are really struggling. I’ve been trying to champion my local businesses on social media—and to be transparent, that’s pretty unusual for influencers to speak about things without partnerships and lawyers involved! But I wanted to be able to champion their success as I’m a patron. They were all so sweet about it.

I’m so excited to share that I’ll be hosting @express’s Dream Big virtual summit with @createcultivate on 9/17! 🎉 Join me for an evening of chats, workshops, giveaways and more—ticket proceeds benefit @gofundme's Small Business Relief Fund to help those impacted by COVID-19. #ExpressPartner #ExpressYou. RSVP at createcultivate.com/Express

When you were a kid, what did you used to ‘dream big’ about?
I think my main dream—and it’s going to sound insane—was that I used to think I would be a Bollywood star! I was obsessed. I also thought I’d be a fashion designer, and I was for many years. I used to dream about making women’s clothes for a living. So at least one of those I achieved! I wasn’t willing to move away from my dreams of being in fashion, even though everyone told me I wouldn’t be a success.

What do you ‘dream big’ about now?
To be very honest, I dream about a family. I really want children; that’s the only thing missing from my life right now.

How has this year been for you, what have you been working on?
Usually I am working every hour that God sends; I literally had just 19 days off last year where I got to be at home. So this year I’ve been able to be at home and do what makes me happy. I’ve been cooking so much Indian food and gaining weight… which I feel really good about! I’ve been keeping my husband happy with cake and Indian food! I’ve taught him how to cook too.

Oooh. What’s your go-to dish?
Well for baking, I’ve been working diligently on a chocolate ginger cake and trying to perfect the recipe. It’s taken about six tries but it’s gorgeous. He loves that. I’ve also been cooking fresh Roti, which is like a thin Naan bread. And Dal, which is like our version of comfort food.

Unedited, start to finish, of how to make Indian Mango Lassi drink. And yes, I have Bobby Pins in my hair. Shushhhhh

I’m hungry and jealous, I love Dal!
Are you Scottish?

I’m Irish, but I’ve been in New York for five years so my accent is getting harder to place.
Oh, so you will know that the Indian food in New York is rubbish! Not what we’re used to.

It’s crap! There’s one place I like though called Babu Ji, for the next time you’re in town.
Pippali in Murray Hill is actually good too!

I’ll check it out. So, what’s next for you?
I have a Facebook Watch show, which also helps small businesses and helps them bounce back. It’s called Boost My Business, so we’re currently filming for that. Who knows when we’re going to go back to shooting Queer Eye. Unfortunately, it’s looking less likely that it’ll be this year. We’re so touchy feely on the show and I’m literally dressing people, so it’s difficult to film it right now! We’re hoping within the next few months though. I really miss those idiots that I work with! My project with Express is also continuing on for a few more months, and we’ve got some really cool stuff planned.

If you could have one dream come true right now, what would it be?
For COVID to be done, and for not one more life to be lost.

HOLY SHIT!!! We just won the Emmy for Outstanding Structured Reality Program, for the THIRD year!!! 😭🏆❤️ Thank you to my cast mates, amazing crew and most importantly to you guys who have supported us so greatly the last couple of years!! ❤️

As Seen on Social! All The Cool Things Cool People Wore This Week

Christian Siriano Brings NYFW to Connecticut For The Day