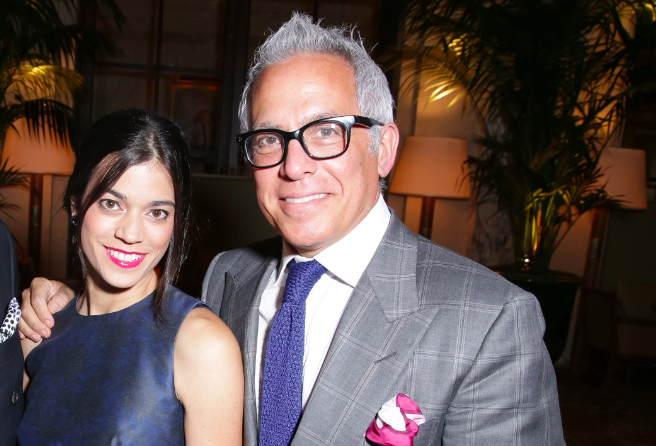 Any self-respecting Eloise fangirl has had tea at The Plaza’s hallowed Palm Court at some point in her life (or, at least, fervently dreamed of doing so). Well, this certainly isn’t The Palm Court of your formative years, darlings: celebrated chef Geoffrey Zakarian has retooled the iconic spot, from those namesake palm trees to the delectable new menu. Yes, there are still dainty tea sandwiches and more petit fours than you’ll know what to do with, but you can now get a foie gras-loaded nibble, an artisanal cocktail at the chic new bar (that’s a first for the beloved venue!), and champagne galore. As for the latter, Zakarian’s a big fan of the bubbly, as evidenced by his Thanksgiving mores—much more on that later…

What were some things you did to refresh things at The Palm Court?
We wanted to keep The Plaza Palm Court elegant and timeless, but we wanted to make it relevant. So we stripped the pretense away, changed the tabletops, got much better china, branded it, lightened up the room, and put a true bar in the middle. That’s pretty much it! [Laughs] We wanted to bring something that was really special at one point in time and made it more relevant. There weren’t enough palm trees, so we brought in huge ones. We went nuts with the palm trees!

How did you go about rebooting the classic tea service?
We wanted to have a yummy factor—not just normal cucumber sandwiches. We wanted to do a more New York-style menu with more flair. The pastries and sandwiches are more interesting, but they still stay within the sandwich realm. When I have tea, I’m looking for something more savory, but some people are looking for more sweet, so you have to understand that. Some people don’t like to eat cream puffs in the afternoon—and other people only want to eat cream puffs! Most people that pass through The Palm Court come in with an idea of what tea is in their minds, and we had to be cognizant of that.

Was it daunting to tweak such an iconic New York spot?
If the food is really good, people will come—and really good food also makes the grandness of a room more grand!

J’adore the uniforms that your wife, Margaret Zakarian, helped whip up.
She was very involved. She has a great eye! We worked with Meryl Reynolds, who did custom work with [Alexander] McQueen and the Royal Ballet. We wanted a chic expression of a Great Gatsby-inspired look. We wanted the servers to stand out, so if you saw a server, you knew it was a server. But we wanted it be really mellow when you first walk in—it looks like the hostesses are dressed in cool clothes from ‘30s or ‘40s. It’s not overtly sexual, but it’s sexy.

Have you gotten more into tea after taking on The Palm Court?
I have, because I had to! I did a lot of research in London. I mean, a cup of tea or a cappuccino, but I’d rather have a bottle of champagne and some cool sandwiches. But definitely I enjoy the ritual of tea. Rituals are crucial. 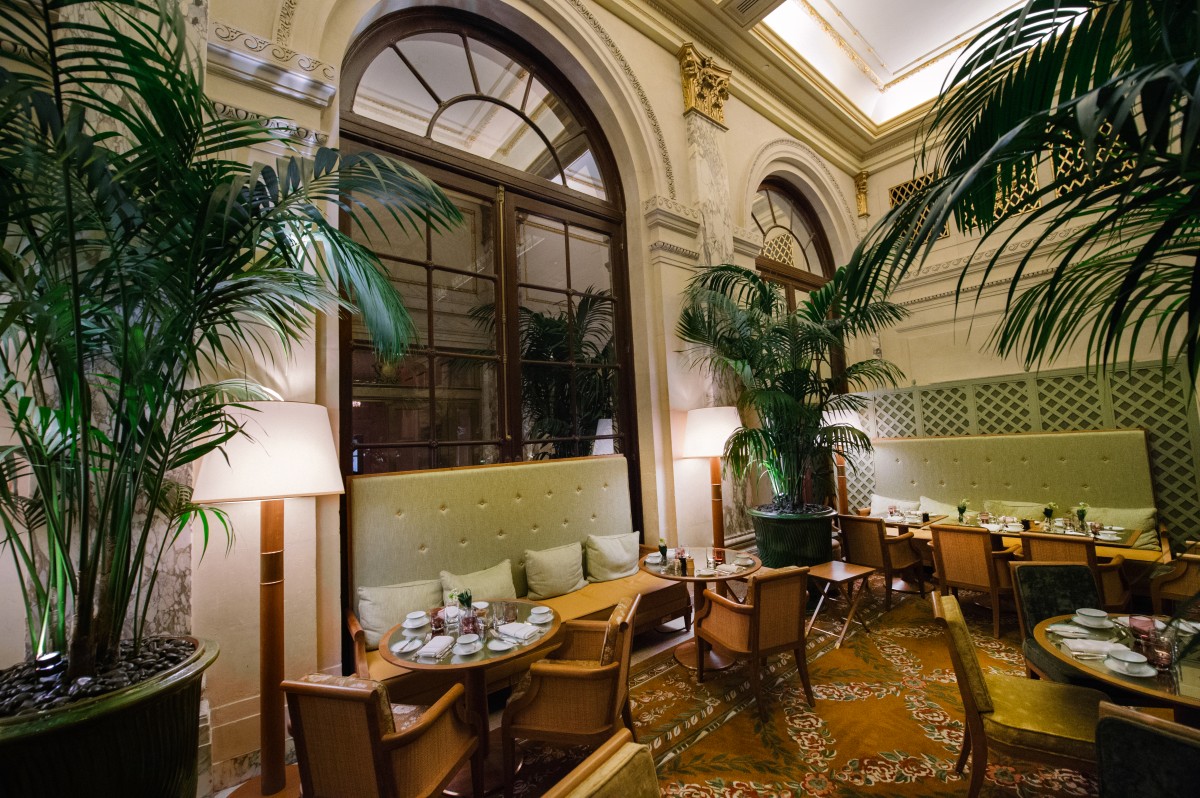 That’s a bold move! Why?
It’s really obnoxious to sit with your family and have a game on. That’s not what Thanksgiving is about!

We’ll have to try it out sometime. Tell us more about your turkey day ways…
We put a lot of effort making the food, so we try to take it easy and not eat so fast. That never works. The thing with Thanksgiving is, there’s such buildup that it’s actually anticlimactic. So we try to pace ourselves.

How so?
I like to do a plated appetizer hour, so people sit and actually talk—it’s kind of like a regular dinner. The next course is kind of like “put everything out and just go at it”. Then, we lie down on the couch.

Do you typically eat yourself into a food coma?
I do not. I don’t do that because I’m usually hosting and can’t afford to do that.

Any non-traditional items that we’d find on your table?
We always have luxury items, like champagne. If you’ve never had champagne and turkey, it’s fantastic. Everything else we do is fairly traditional.

How do you feel about leftovers?
I love leftovers, my God! They’re fantastic. We don’t throw anything away in our house, so I’m blessed to be a chef—I have a better repertoire than most people. I can stretch anything. 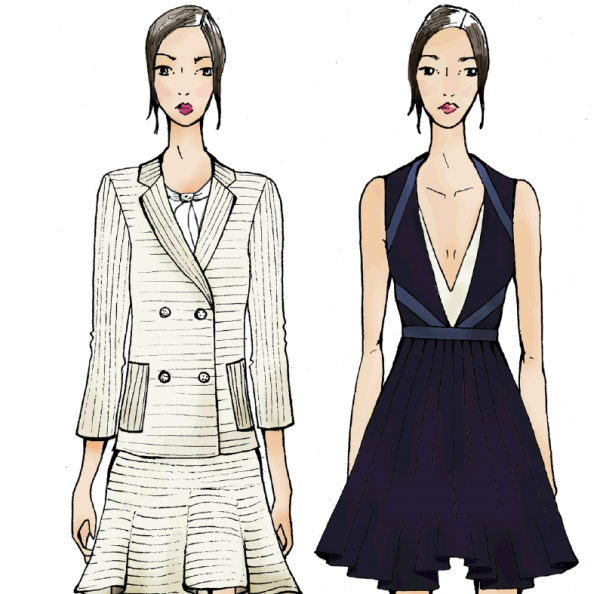