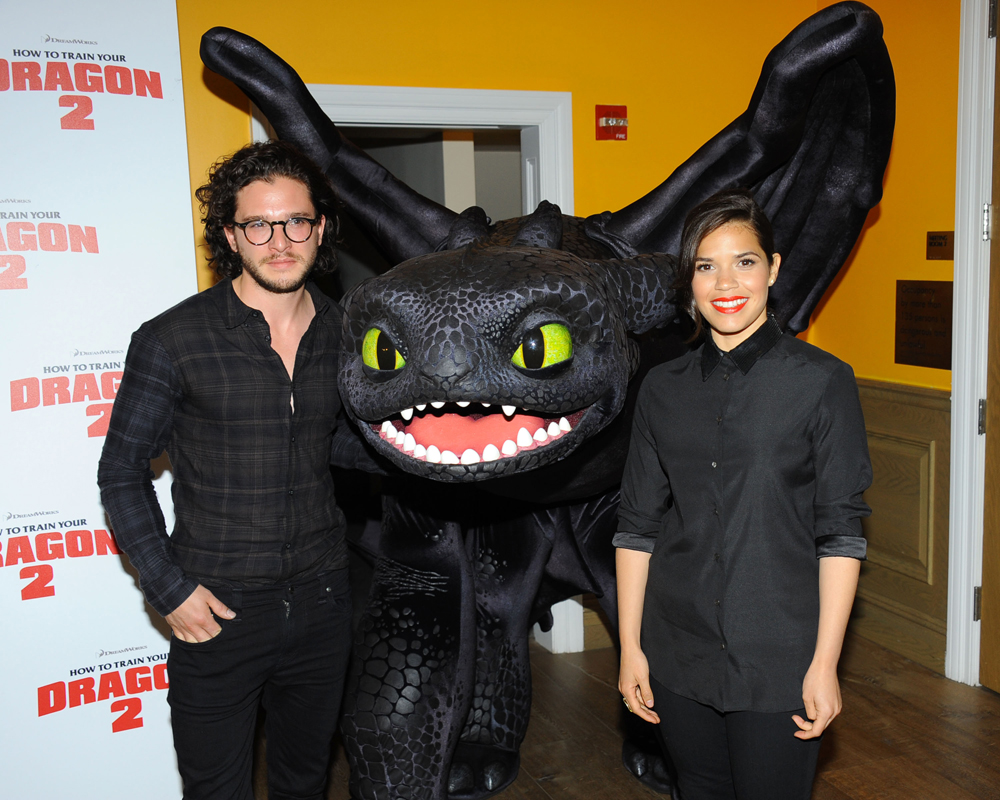 A hit fit for the pint-sized set: Last night, 20th Century Fox and the Cinema Society held a special screening of  Dreamworks’ How to Train Your Dragon 2 for a chic New York crowd and their youngsters, along with the film’s stars, America Ferrera and Kit Harington. Crosby Street Hotel fit the bill for an evening of family fun in the heart of SoHo. Not unlike its forerunner, the animated sequel is great fun for all ages. The film revolves around the same beloved characters, Hiccup and his adorable dragon, Toothless, as they discover a new land swarming with wild dragons and come face to face with the enigmatic Dragon Rider. Once again Hiccup and his band of misfits find themselves amid conflict when the merciless villain, Drago, sets out to disturb the peace and take over everything in his path.

Ferrera, who voiced Astrid in the film, found some similarities with her character. “I think our essence is the same. There are definitely some looks–particularly the searing ones–that seem a little familiar to me.” We also chatted with Harington, who stars on Game of Thrones and in this flick voiced hunky Eret, on his recent stints with different dragon-infested lands. “This was a light-hearted, kind of comedic role and I enjoyed that,” he told The Daily. So how do these dragons compare to the other ones he tends to work with?“I think the dragons in Thrones are cooler. But these ones are funnier.” The intimate screening was attended by celebs and socialites, many of whom brought their little ones. Chic attendees included Ethan Hawke, Ana Gasteyer, Caroline Rhea, Richard Kind, Tabitha Simmons, Alex Lundqvist, Alexis Bryan Morgan, and Meredith Melling Burke. A major perk of the screening? The all-you-can-eat candy bar adorning the pathway into the screening room, which was certainly a hit with the younger set.