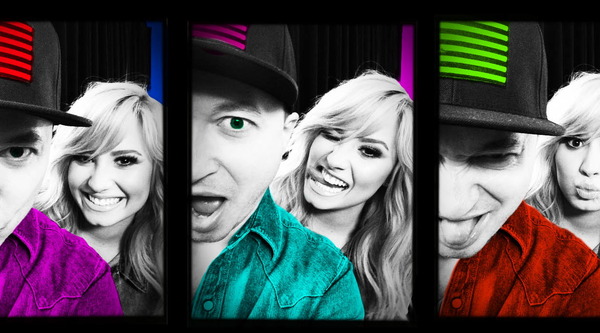 There are super talented musicians to meet, swag to be had, and gossipy catchups to go down this week for Sergio Kletnoy, Cosmo boy and assistant to the mag’s EIC, Joanna Coles. Read on for the full scoop!

Monday
How I wish it was Friday… Because unlike Monday, it’s filled with hope.

Tuesday
I love it when musicians visit me at Cosmo, especially when they’re equipped with a guitar and play a song a two. Today Ginny Blackmore, an uber-talented New Zealand born singer-songwriter, serenaded me and a few others with her chills-down-your-spine anthem “Bones”. Most Cosmo girls who crashed my party-for-two were literally crying their eyes out. Bones is a dark and beautiful tale of a dysfunctional relationship where a woman is madly in love with an as***le… I guess they all could relate? Ginny’s career began as a songwriter for Christina Aguilera and Adam Lambert, followed by a meeting with Mariah Carey’s former manager, which ultimately led to a major deal with the legendary producer and label exec L.A. Reid of Epic Records. Of course, Ginny knew exactly how to get on my good side, not that she needed too, but showing up with a huge box filled with macaroons was a smart move. And no, I did not share! Later that eve I met up with seven former Marie Claire peeps (Ashley of Saks, Paula of Oprah, Molly of Leslie Fremar, Danielle of Moda, Lizzie the freelance stylist extraordinaire, Winnie of Yoox, and Abby of Seventeen) for a dinner at Almond. Best part of dinner: eating, drinking and me smack in the middle of all the gossip. I’m not the one to gossip, but…

Wednesday
It isn’t hard to understand why I have so much love for Demi Lovato. She’s adorable and sweet, has the guts to stand up for what she believes in, and has cojones big enough to put Simon Cowell in his place when that grumpy old man is talking smack on X-Factor in a seat next to her. She’s overcome so much in her life and shared that incredible journey with her fans every step of the way. Pretty fitting for us to meet on the week of a major milestone, when her fourth album, Demi, shot straight to #1 on iTunes in over 50 countries around the world, including #3 in the U.S. This killer set of tunes is the best of what pop music has to offer: faith, heart, emotion, empowering lyrics, and catchy melodies. Oh and a pop star who can sing them with raw emotion and more conviction than most teen starlets combined. The album marks the most personal one to date for Demi, which she helped cowrite with some of the hottest and most talented musicians in the biz. I asked her about that one defining moment, when she knew that becoming a musician is the only thing in the cards. She took me back to a school talent show; halfway through her performance, the backing track stopped and instead of breaking down and running off stage, she didn’t skip a beat and sang her heart out right in front of her first crush. She hasn’t stopped since…Her new album is a must-have for any pop fanatics, trust me. P.S. She can officially count me in as a Lovatic aka a die-hard Demi fan!

Thursday
I want to let you in on a little secret. Come close. No, closer…if you want me to be nice and do things for you, send me gifts! I love gifts. Anytime you want to get on my good side, remember: Sergio loves freebies! Today, I got a brand new pair of headphones from ELLA (thanks Cosmo accessories hottie Nicole), two awesome t-shirts from my friend Lea, Bleu De Chanel cologne from Cosmo’s beauty team, Carla Bruni’s brand new CD called Little French Songs, two bottles of Beluga Russian Vodka (from my girls on the web team) and an awesome wallet and notebook from my friend James at BALLY. If only Riccardo Tisci would read this and send me one of each style of Givenchy high-tops. If all these gifts weren’t enough, the awesome team from Nike Communications along with Martini’s brand ambassador Giuseppe Gallo set up an end-of-the-long week party in our conference room and brought along Italian antipasti, pastries, fruits and all the Martini & Rossi liquor our heart desired: Prosecco, Sparkling Rose, Asti and my new fave drink (sorry, Bloody’s) called Moscato d’Asti. I love my job!

Friday
Obsessed: “Before I Ever Met You” by Banks; “Empathy” by Alanis Morissette; “Samson” by V V Brown; “Grown Woman” by Beyonce; “Disappear” by Avec & Jake Shears; “We Got The Power” by Loreen; “Love Somebody” by Maroon 5; “Happy” by Pharrell; “Love Is A Dog From Hell” by The Limousines. Also, my biggest obsession, Norway’s entrance into Eurovision 2013 and a massive pop masterpiece,  “I Feed You My Love” by Margaret Berger. Have a great Memorial Day weekend and catch me on twitter until then at @SergioKletnoy.