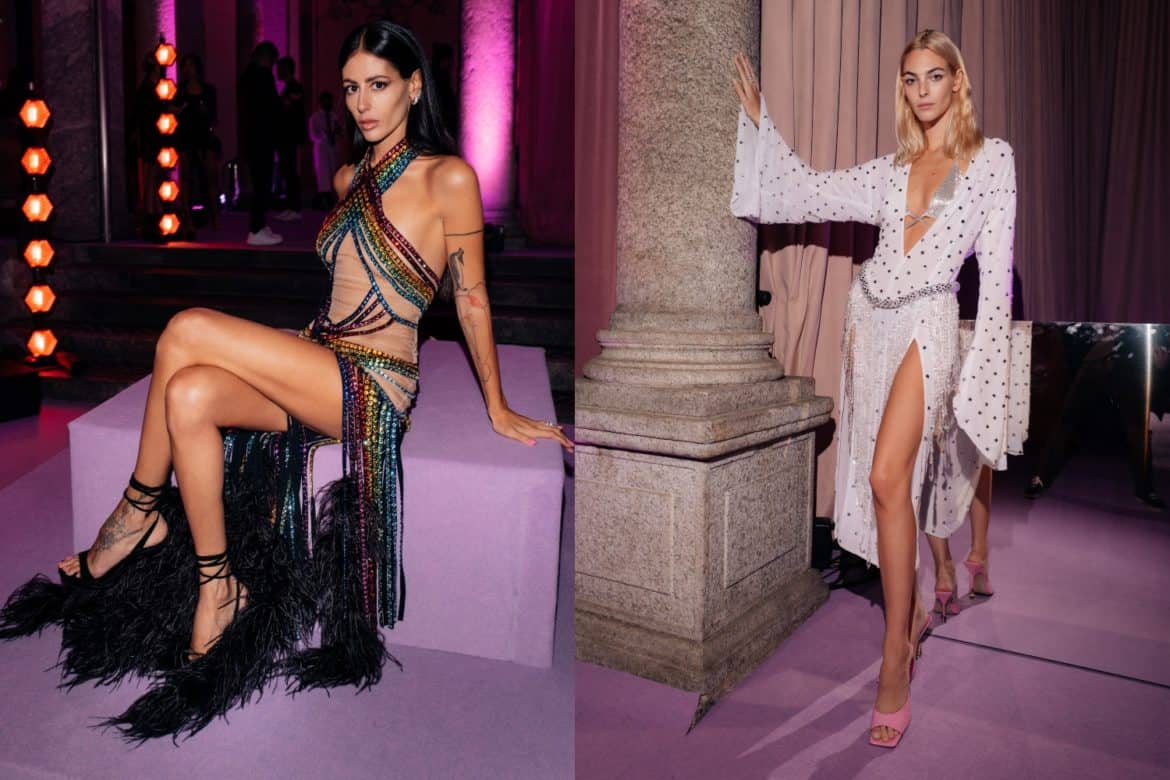 The New York Times obituary confirmed that actor Willie Garson’s cause of death was due to pancreatic cancer, a short health battle that the beloved Sex and the City star, 57, had opted to keep private. The obit noted, “In lieu of flowers, the family requests that any donations to be made in his name go to the Alliance for Children’s Rights.” Garson had adopted his son, Nathen, as a single father in 2009.

Garson’s longtime friend and co-star Sarah Jessica Parker took to Instagram to share her heartbreak today. She wrote: “It’s been unbearable. Sometimes silence is a statement. Of the gravity. The anguish. The magnitude of the loss of a 30 + year friendship. A real friendship that allowed for secrets, adventure, a shared professional family, truth, concerts, road trips, meals, late night phone calls, a mutual devotion to parenthood and all the heartaches and joy that accompany, triumphs, disappointments, fear, rage and years spent on sets (most especially Carrie’s apartment) and laughing late into the night as both Stanford and Carrie and Willie and SJ. Willie. I will miss everything about you. And replay our last moments together. I will re-read every text from your final days and put to pen our last calls. Your absence a crater that I will fill with blessing of these memories and all the ones that are still in recesses yet to surface. My love and deepest sympathies and condolences to you dear Nathen. You were and are the light of Willie’s life and his greatest achievement was being your Papa. These were his last words to me. “Great bangles all around.” Yes. Godspeed Willie Garson. RIP. X, SJ”​ 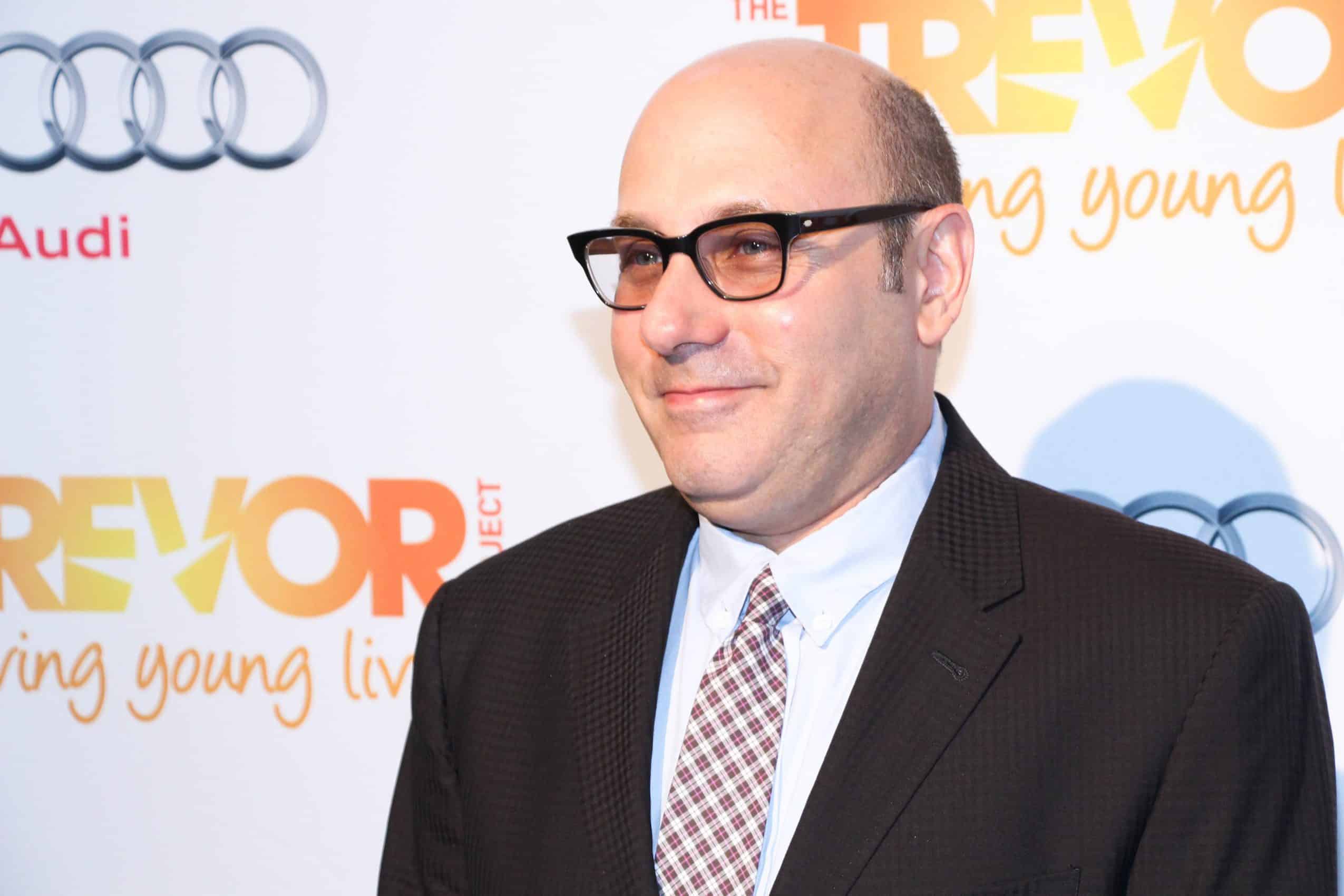 Kering bans fur across all labels

While many of luxury conglomerate Kering’s brands are already fur-free (Gucci, Balenciaga, Alexander McQueen, and Bottega Veneta, among others), François-Henri Pinault announced today that the use of fur is now banned company-wide.  “Fur is symbolic; it’s a material that was very much linked to the luxury industry historically,” the chief executive said. “Going fur-free gives a good signal that things are removing seriously in this industry in different ways to sustainability.” Pinault added that the group has been working on phasing out fur across all brands since 2017. The announcement will see remaining brands, such as Saint Laurent and Brioni, follow suit. 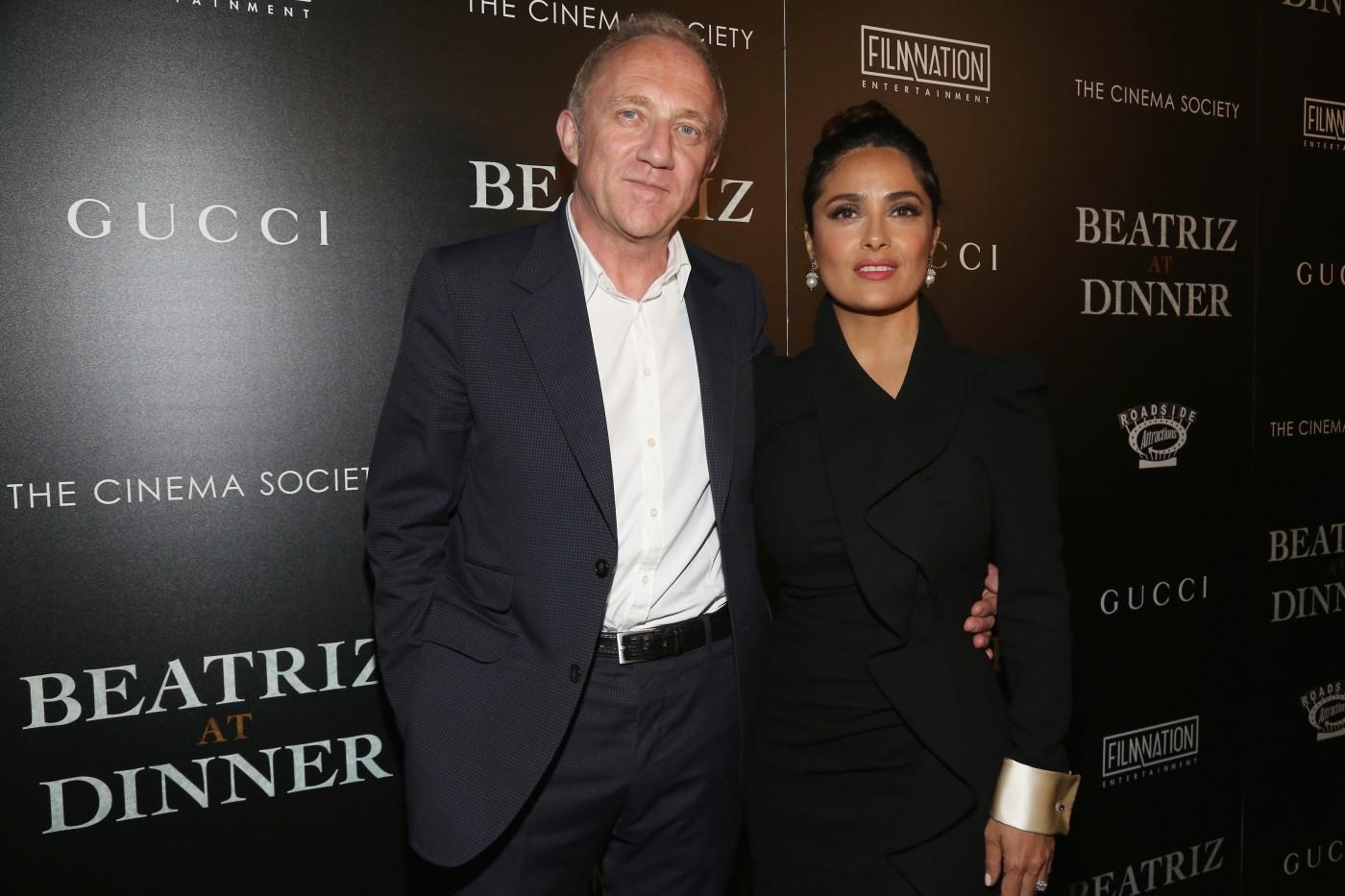 Keep your eyes peeled on Sunday, Milan Fashion Week is rumored to be in for a surprise! Whispers abound that Versace and Fendi are teaming up for a collection, set to be revealed in a runway show. According to Business of Fashion, a cryptic “save the date” signed by creative director Donatella Versace was sent to a small group of fashion insiders. (The main Versace show is scheduled for today). The rumors relate back to a July Instagram post shared to Kim Kardashian West’s Instagram of the social media star flanked by Versace and Fendi’s Kim Jones. Watch this space… 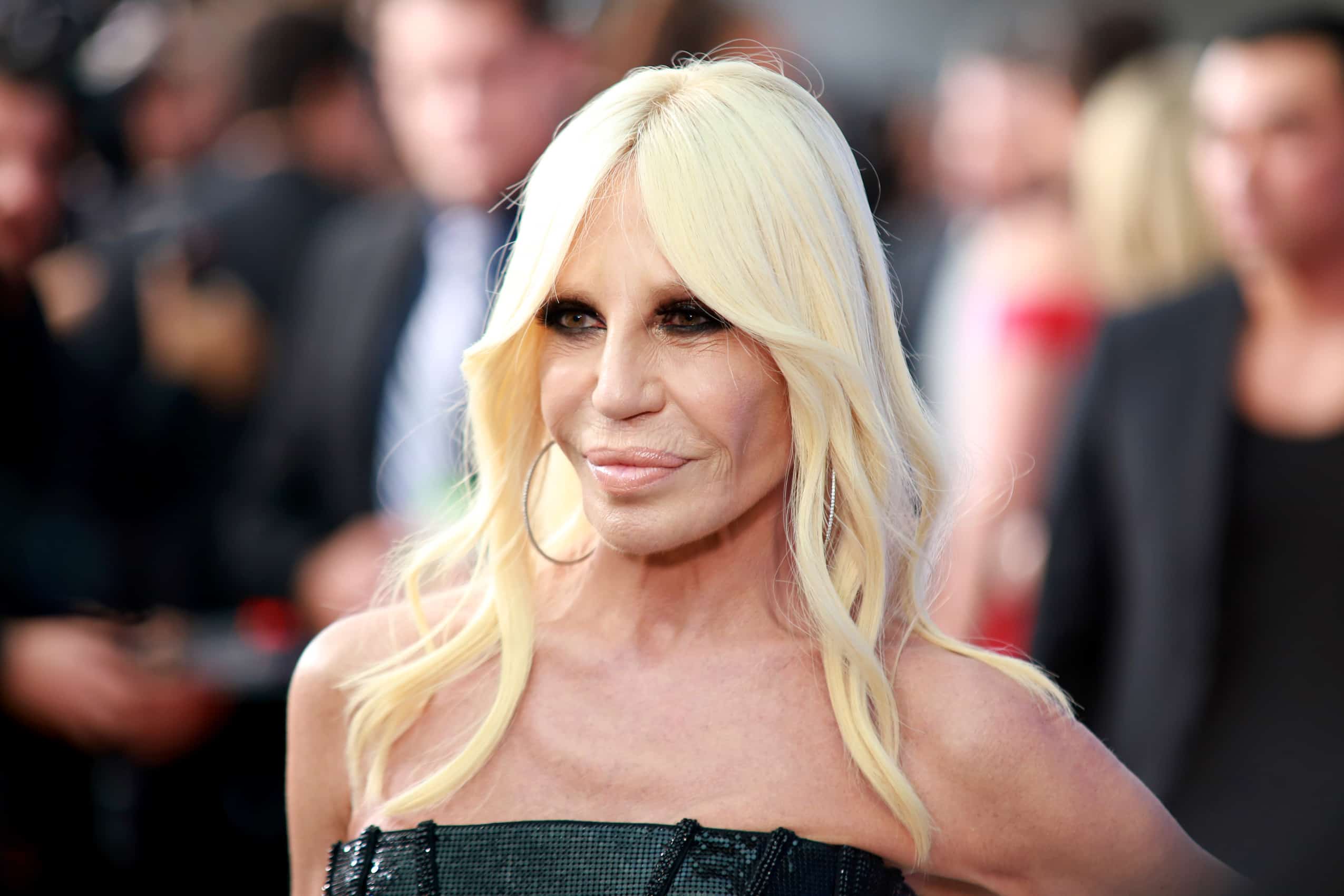 The Attico designers brought the fashion set out for SUPERATTICO

Milan’s most party-ready label, The Attico, knows what its customers want. Thus, designers, Gilda Ambrosio and Giorgia Tordini, enlisted their muses to wear the collection during a celebration-meets-reveal last night at Palazzo Isimbardi. SUPERATTICO, a collection of 14-pieces, was presented one-by-one over the course of the evening (a fashion tease!) as guests sat, chatted, and mingled while listening to singer Desire. Among those already wearing the ostrich feather georgette dresses, chandelier fringed minis, and showgirl-style numbers—and let’s talk about those high heels!—were Camille Charriere, Amina Muaddi, Imaan Hammam, Anna Cleveland, Evangeline Smyrniotaki, and Vittoria Ceretti. Raise your hand if you’re ready for a night out on the tiles after spying these outfits?! 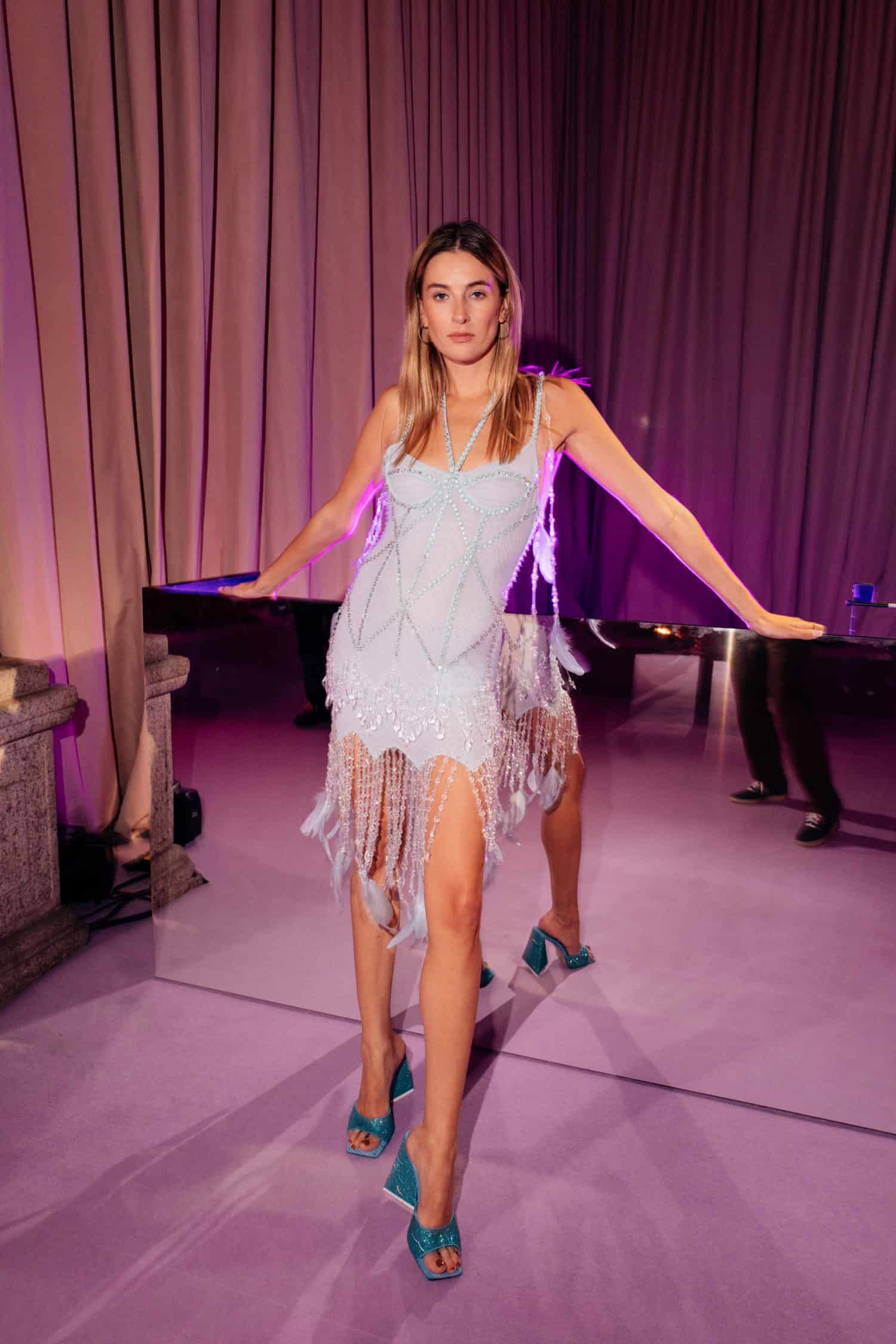 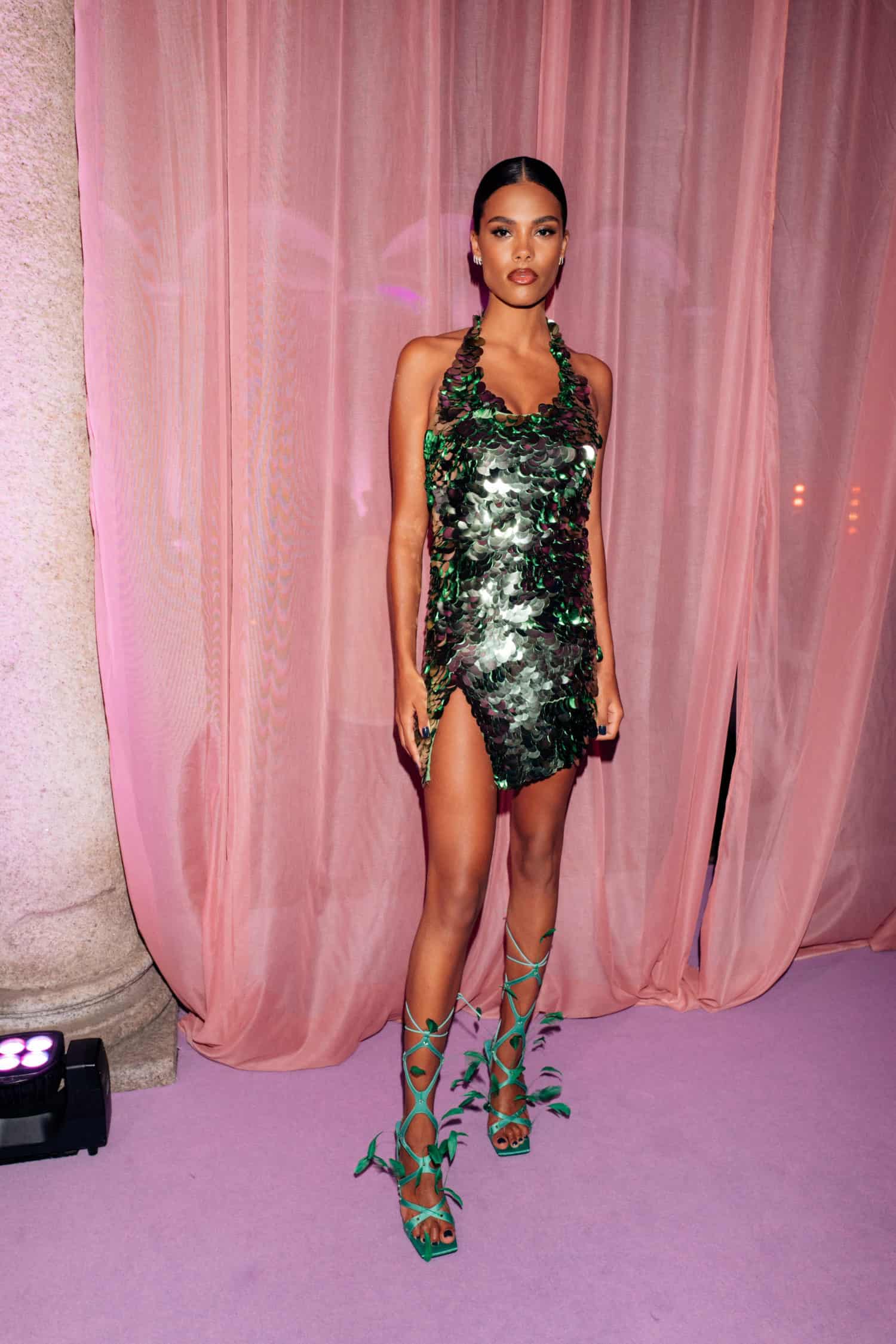 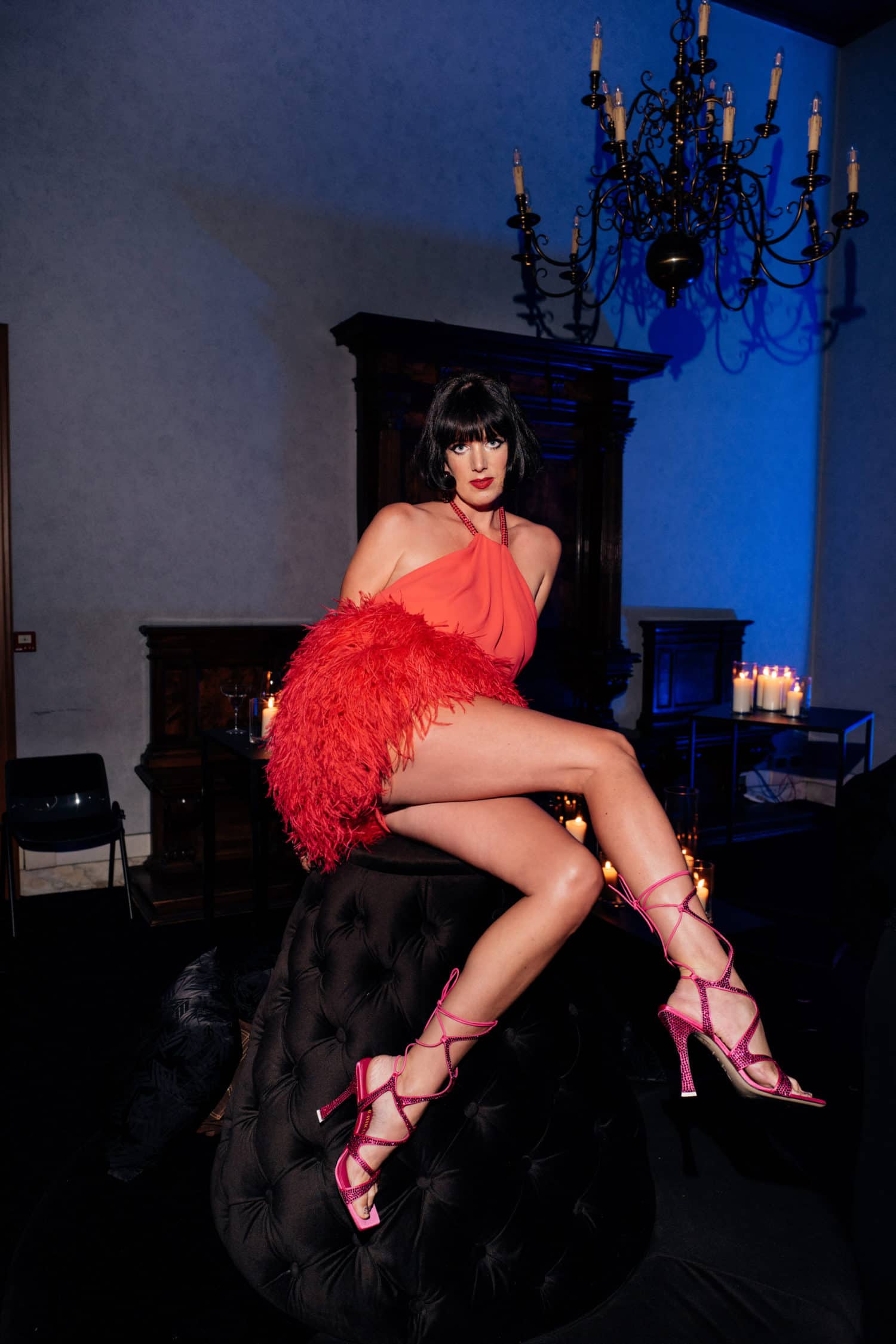 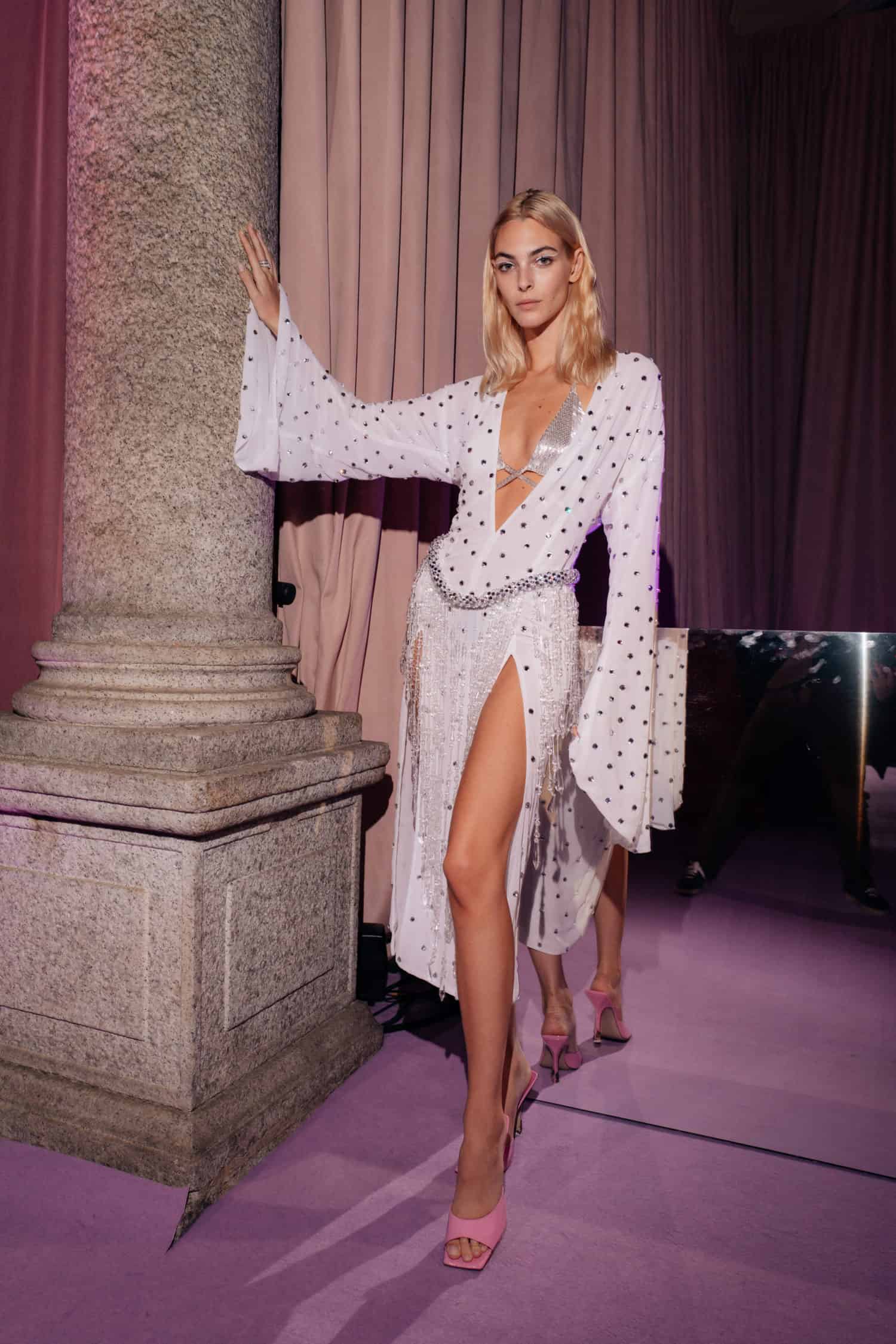 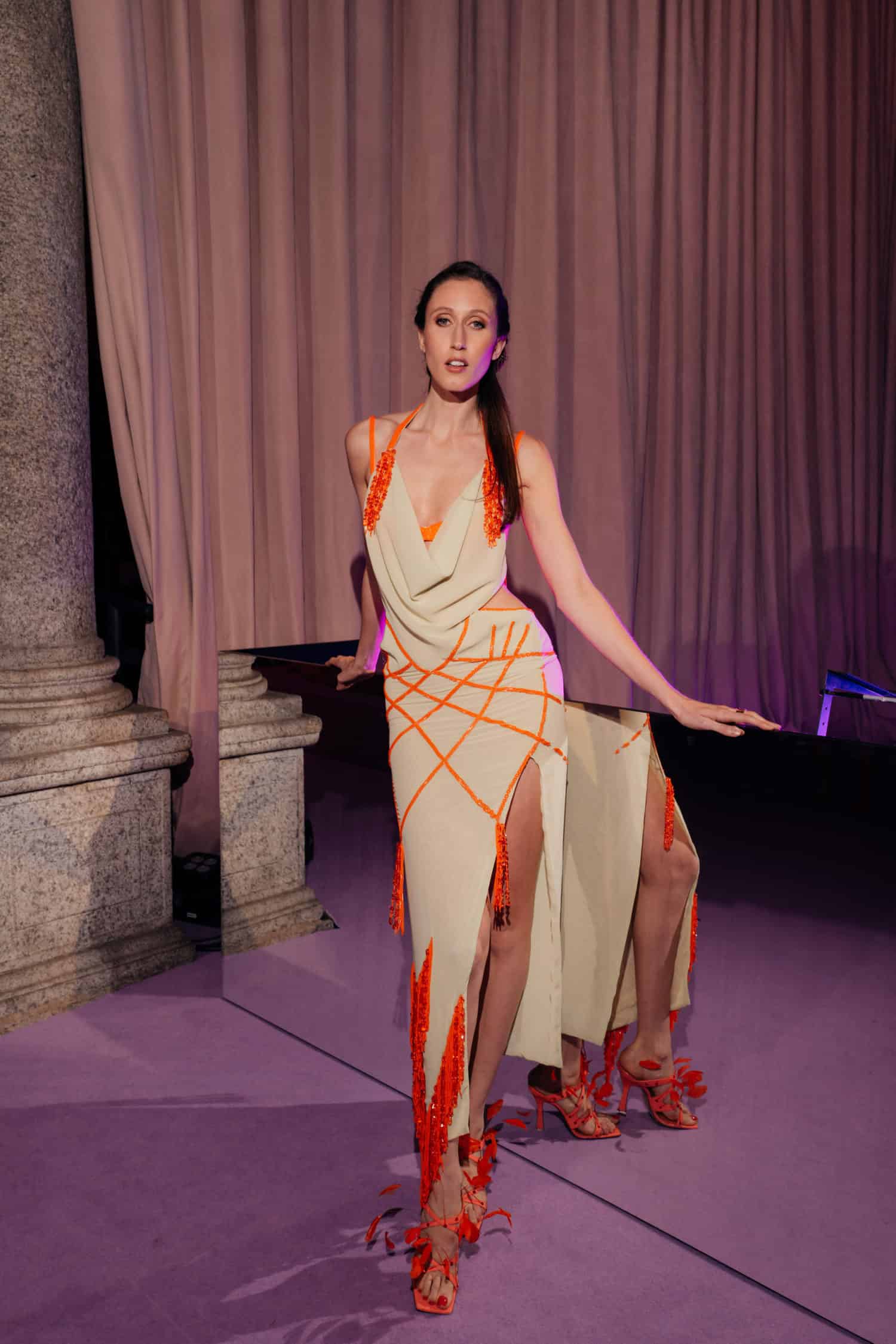 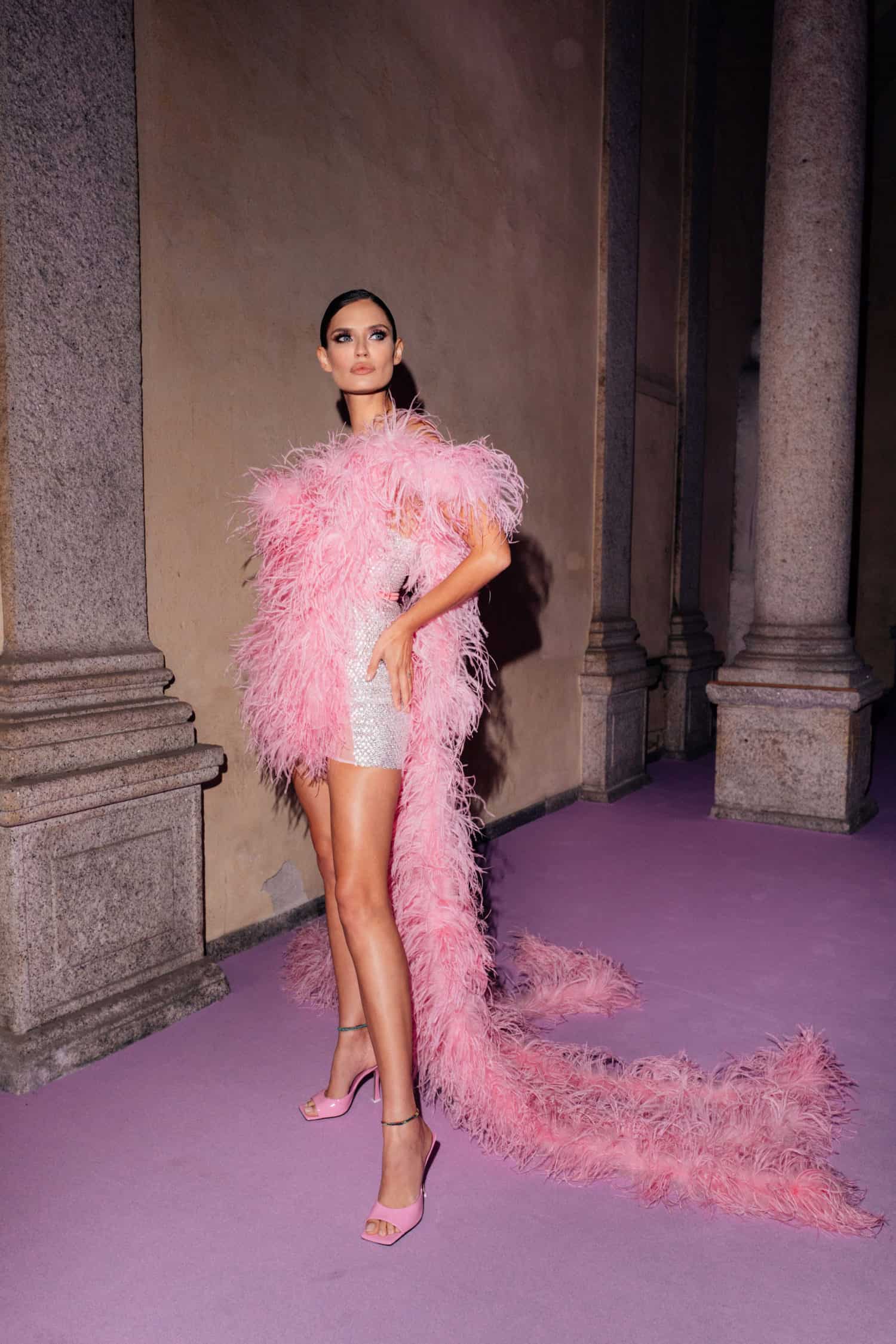 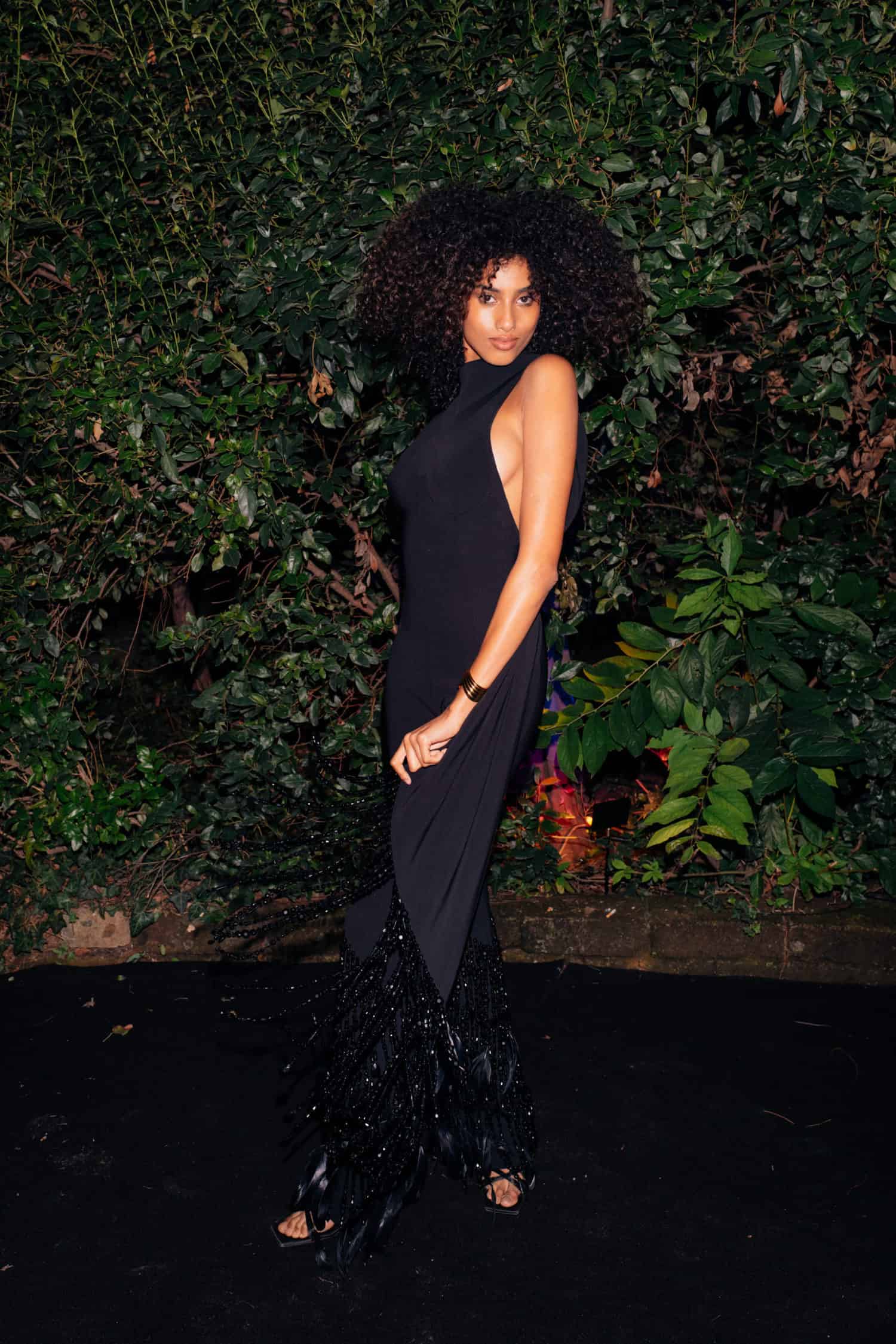 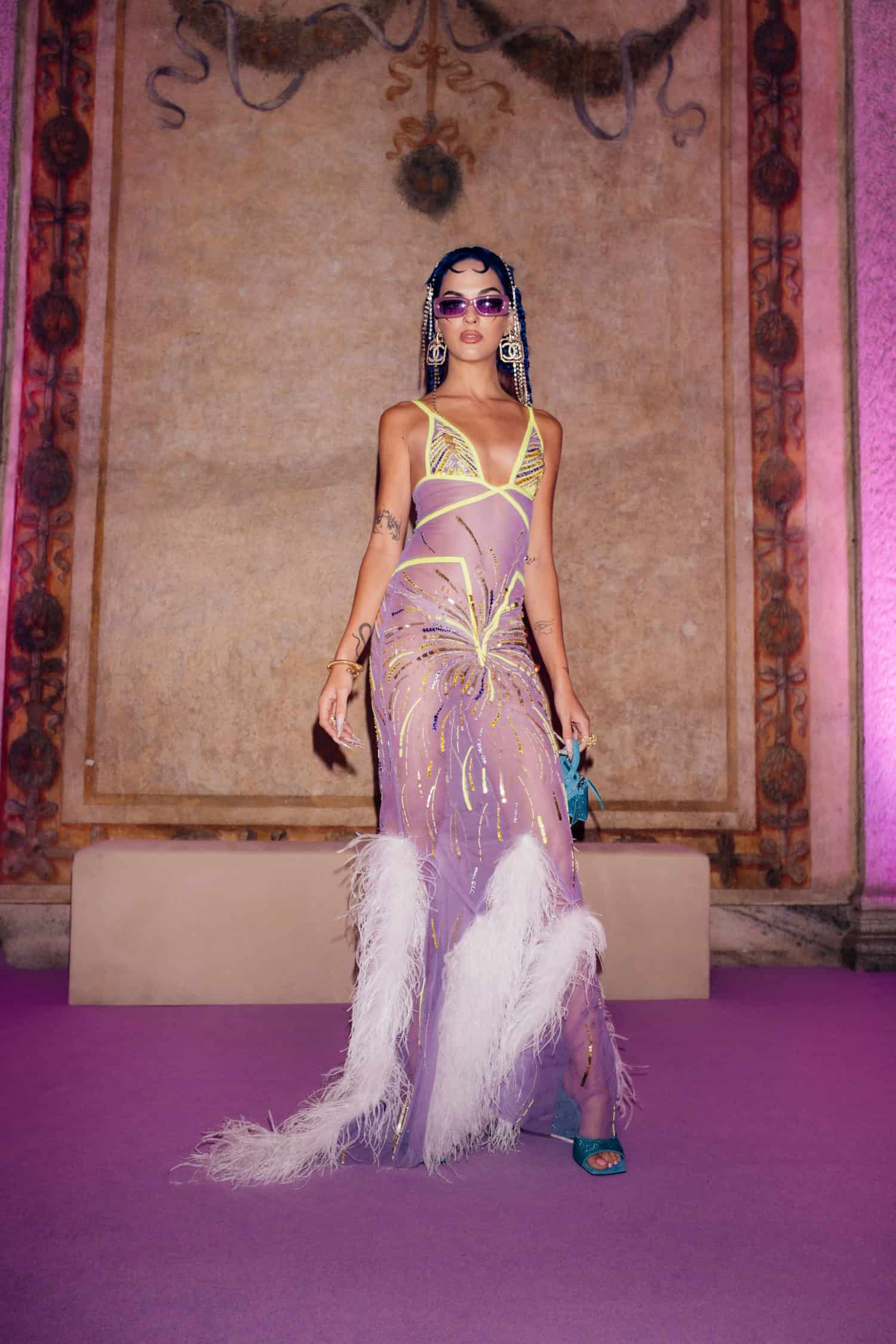 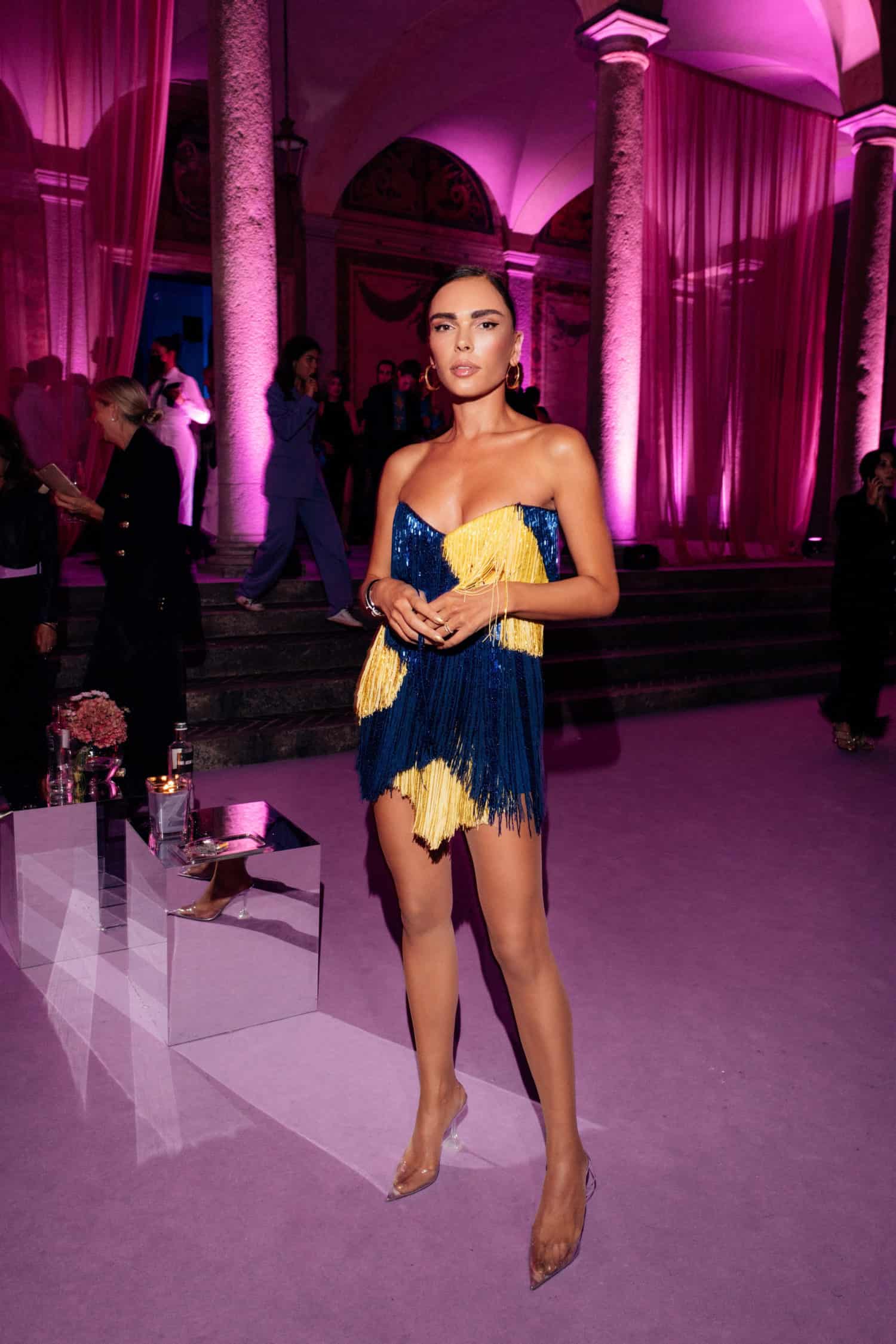 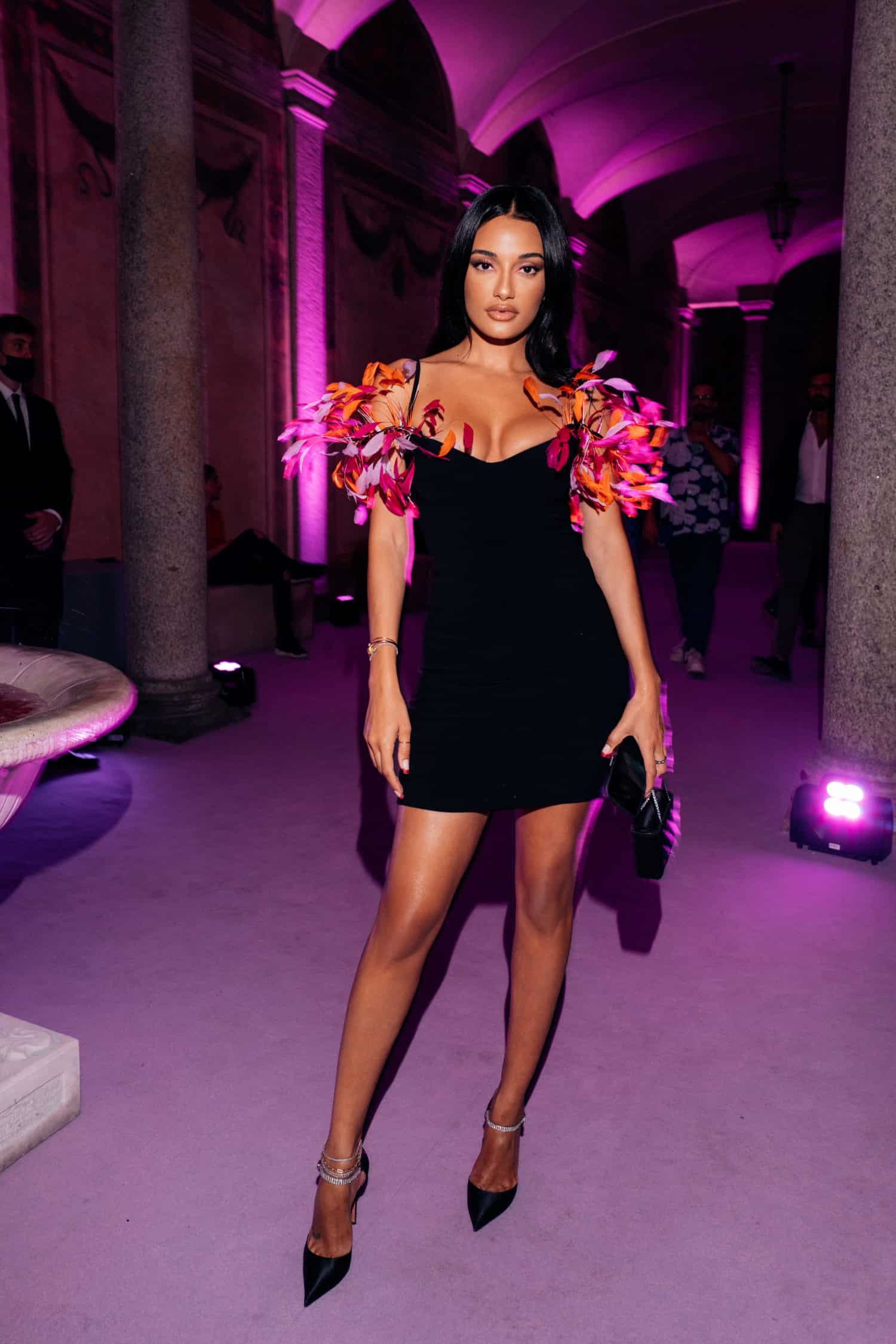 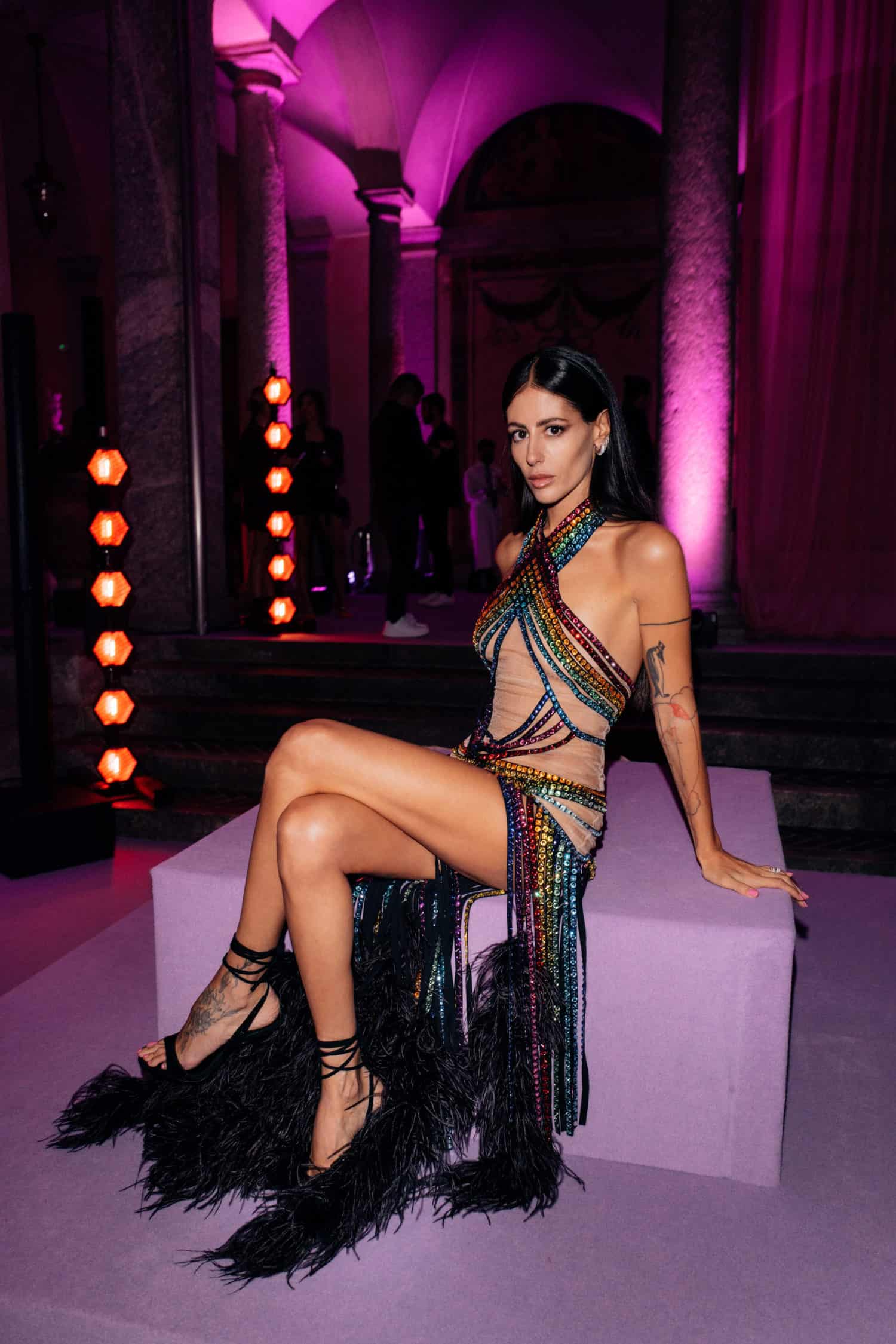 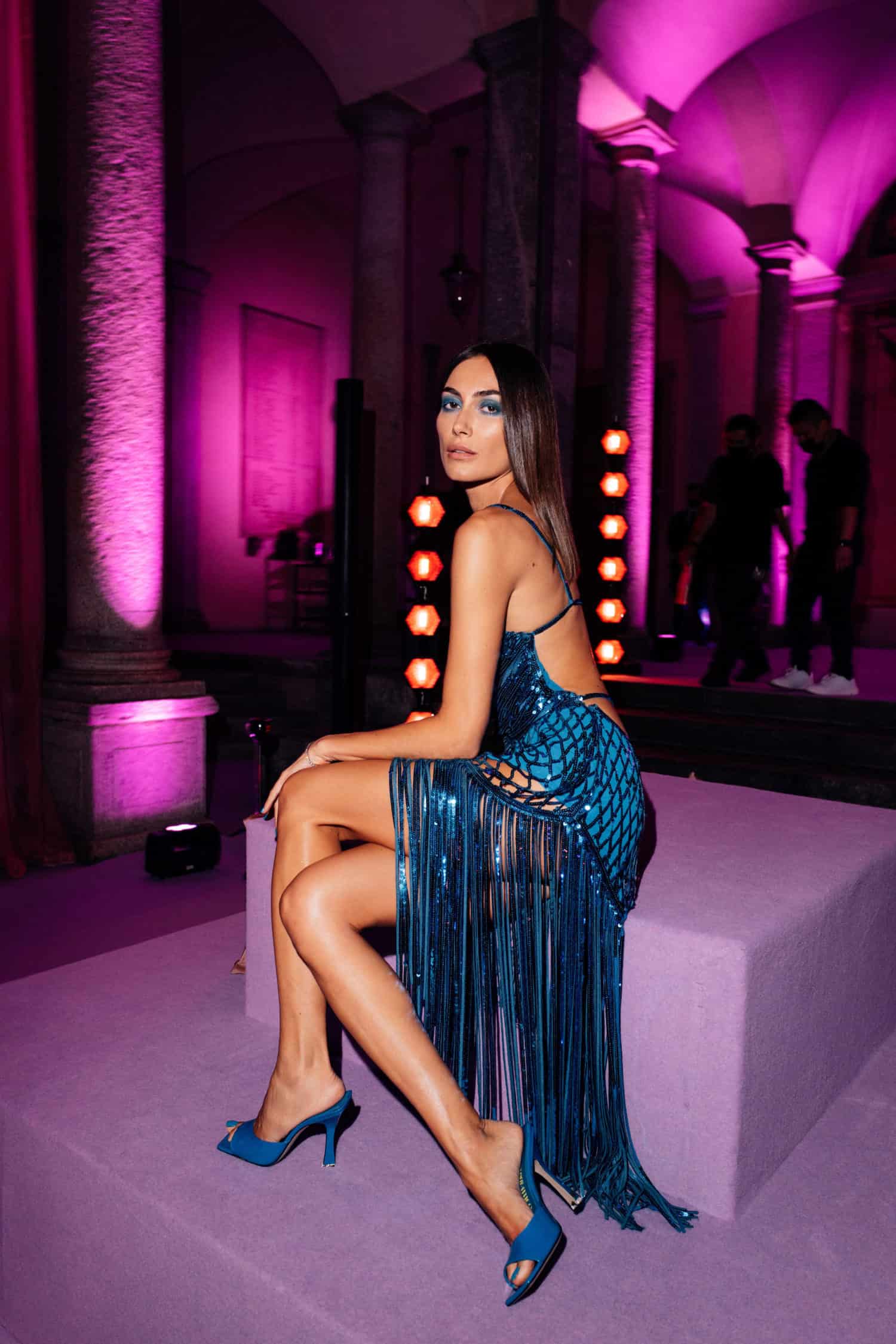 Mark your cals—Morgan Lane is having a blowout sample sale

The chill is officially coming, so why not stock up on pieces that make lounging at home during the colder months that bit more luxe. Morgan Lane is set to slash prices on its beloved silk, cotton, and cashmere leisurewear and accessories for women, kids, and babies at its first in-person sample sale in two years. With up to 80% off and some one-of-a-kind never produced samples on offer, here’s one you won’t want to miss. 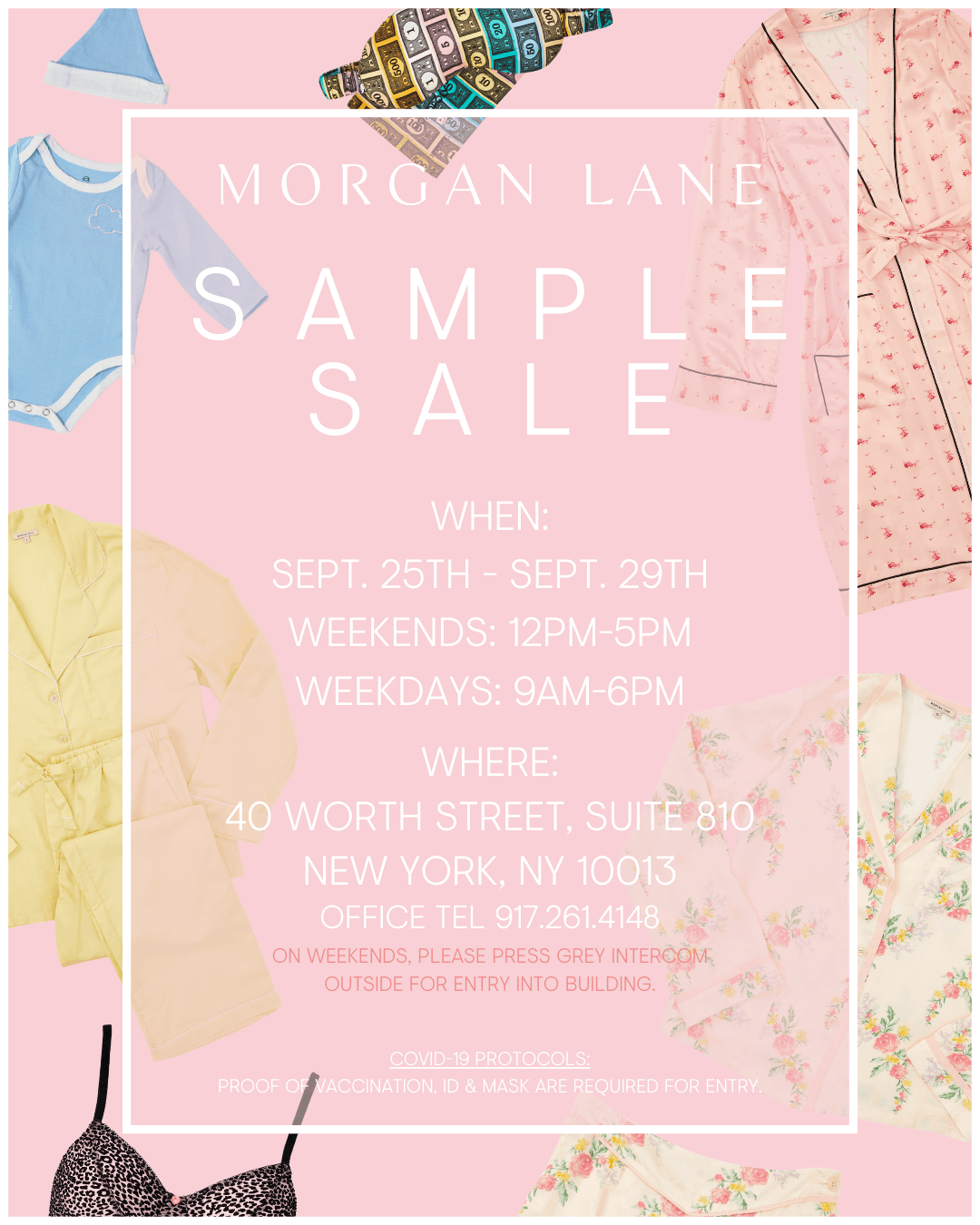 Designer Prabal Gurung was on hosting duty last night, to kick off American Girl’s 35th anniversary fashion show event, which took place at American Girl Place. Created in partnership with Harlem’s Fashion Row, the brand celebrated the debut of their World by Us doll and book line to champion equality and promote unity. Also unveiled on the evening were reimagined designs created by Carly Cushnie and Harlem Fashion Row designers Nichole Lynel, Samantha Black, and Kristian Lorén. As part of the event, the brand donated $25,000 to HFR’s nonprofit organization, ICON360, which helps funds for the next generation of BIPOC fashion designers. Among those in attendance were Chanel Iman and New York Giants Super Bowl champion Victor Cruz and his daughter Kennedy Cruz, who walked in the show. 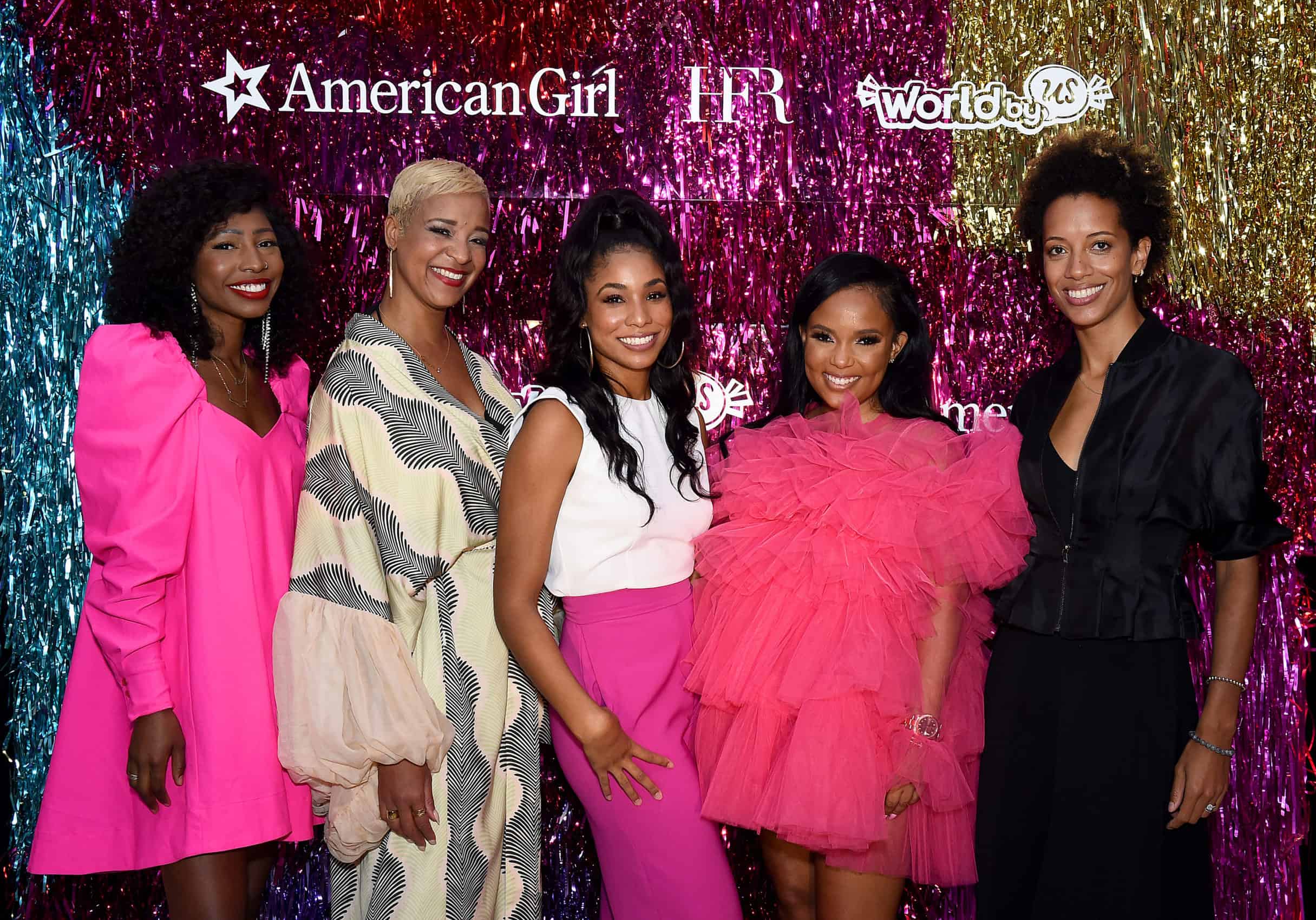 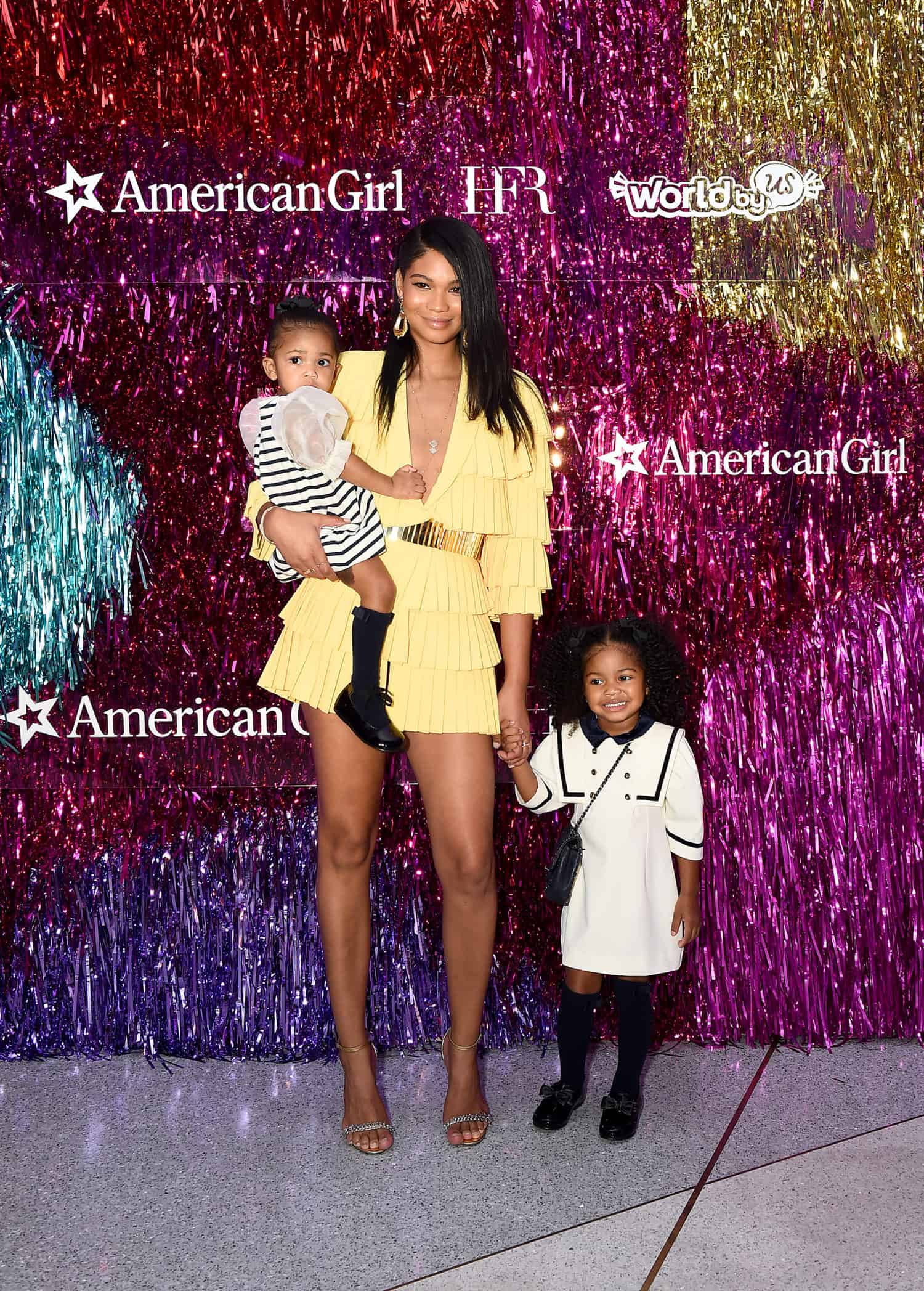 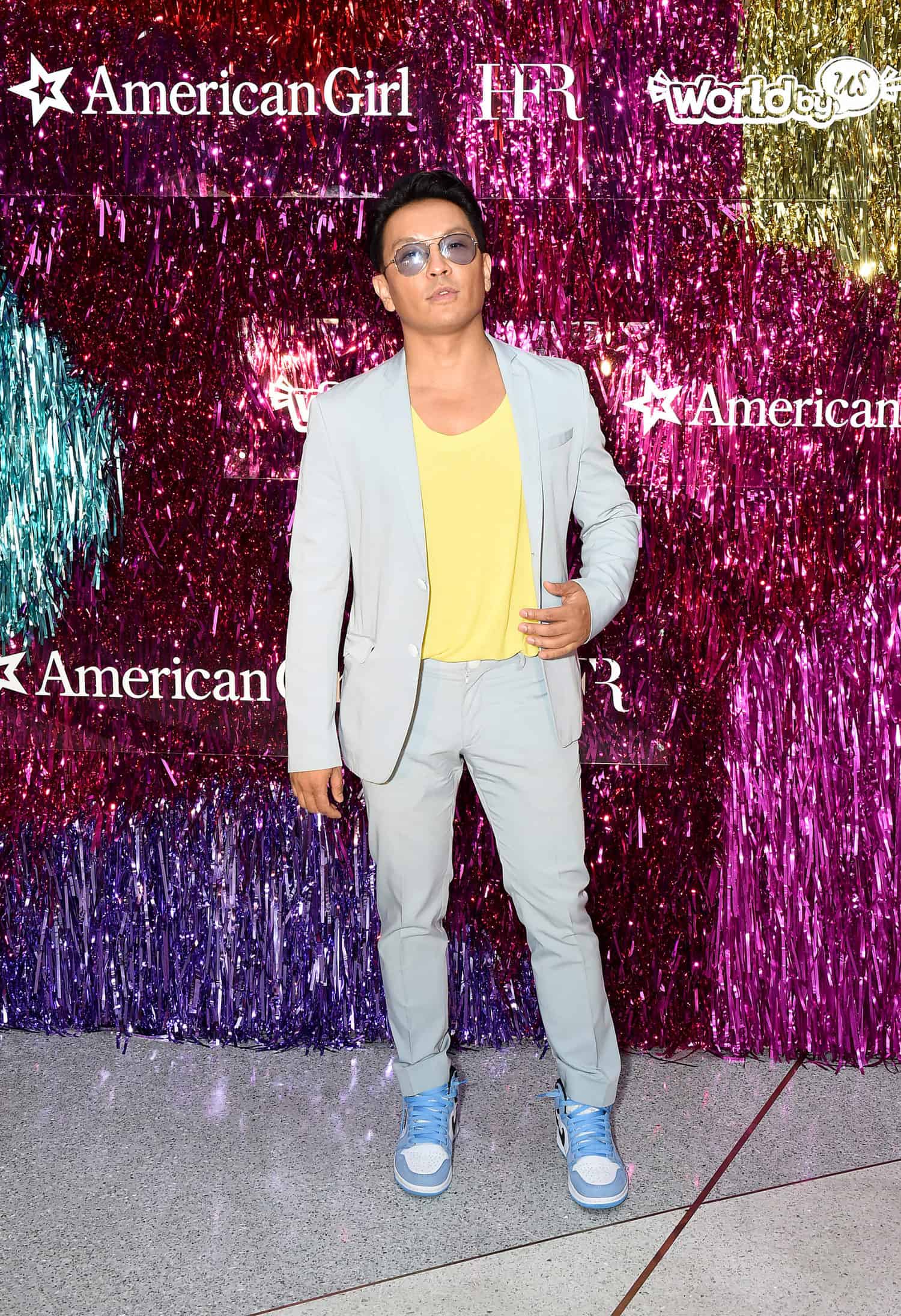 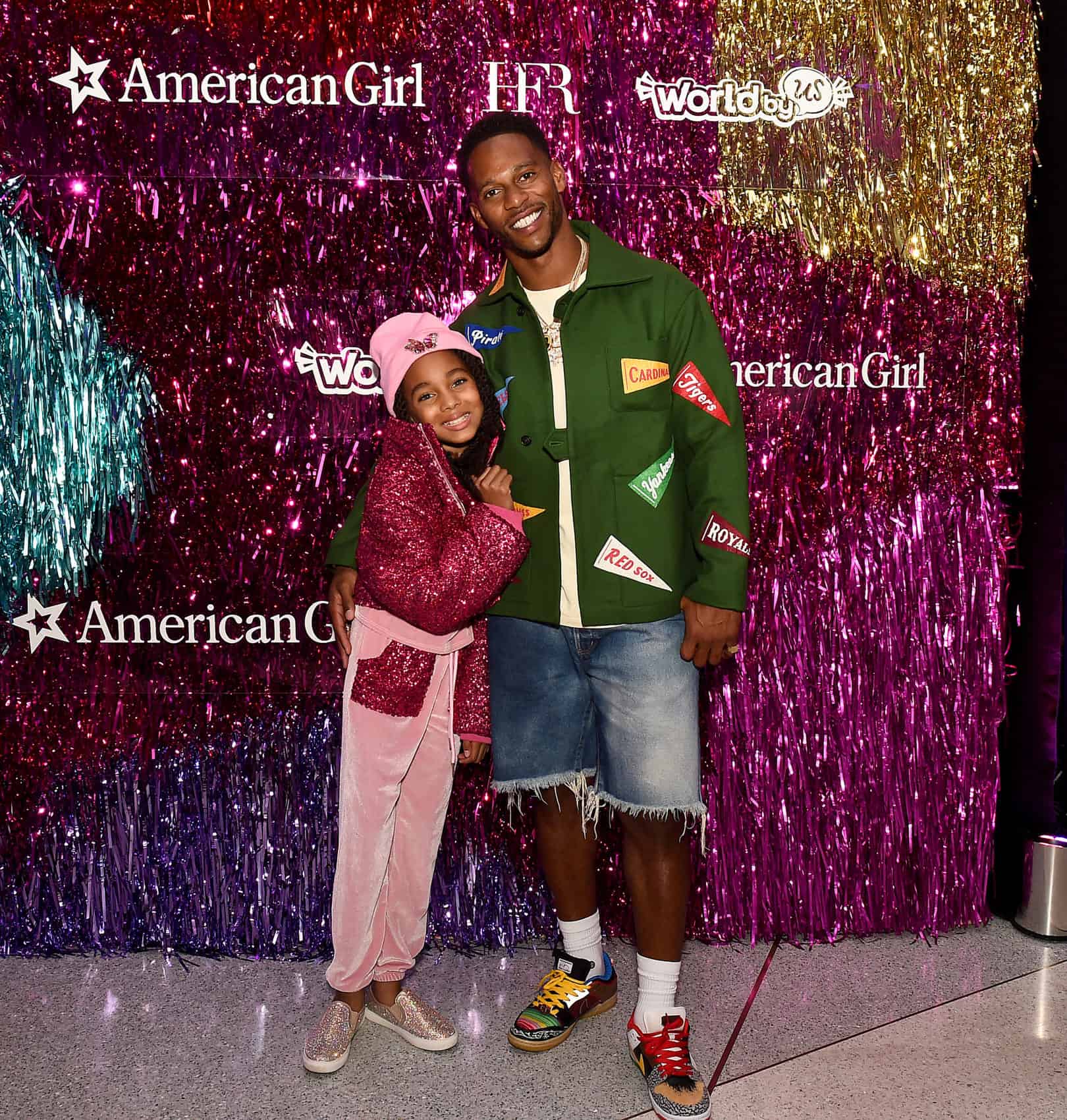 Glenn Martens is the next guest designer at Jean Paul Gaultier

Glenn Martens, of Y/Project and Diesel, is making his foray into couture. The Belgian designer will present his first collection for Jean Paul Gaultier in January 2022; the second guest creator to take the reigns. It’s actually a full circle moment for Martens too, having originally started his impressive career trajectory under Gaultier. 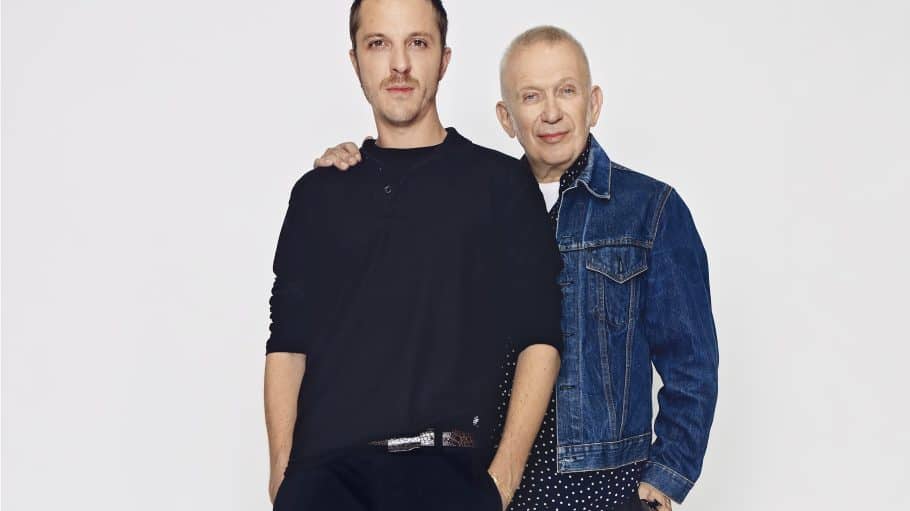 Artist Timothy Goodman collaboration with NYFW: The Shows is still available to purchase. 100% of proceeds from all sales of the $50 t-shirt will be donated to The Never Forget Fund, which supports the 9/11 Memorial & Museum’s efforts to ensure future generations never forget the lessons of 9/11.

“Even though I’m a proud New Yorker now, I moved here three years after 9/11, so I can never understand what it means to the folks who were here at the time, especially those in Manhattan,” Goodman says. “However, after going through the pandemic here, and seeing how resilient and strong New Yorkers are for themselves and for each other, 9/11 reminds me to always cherish our relationships, our families (biological or chosen), and our freedom.”

Click HERE to purchase the shirt. The shirts will be available through September 30th. 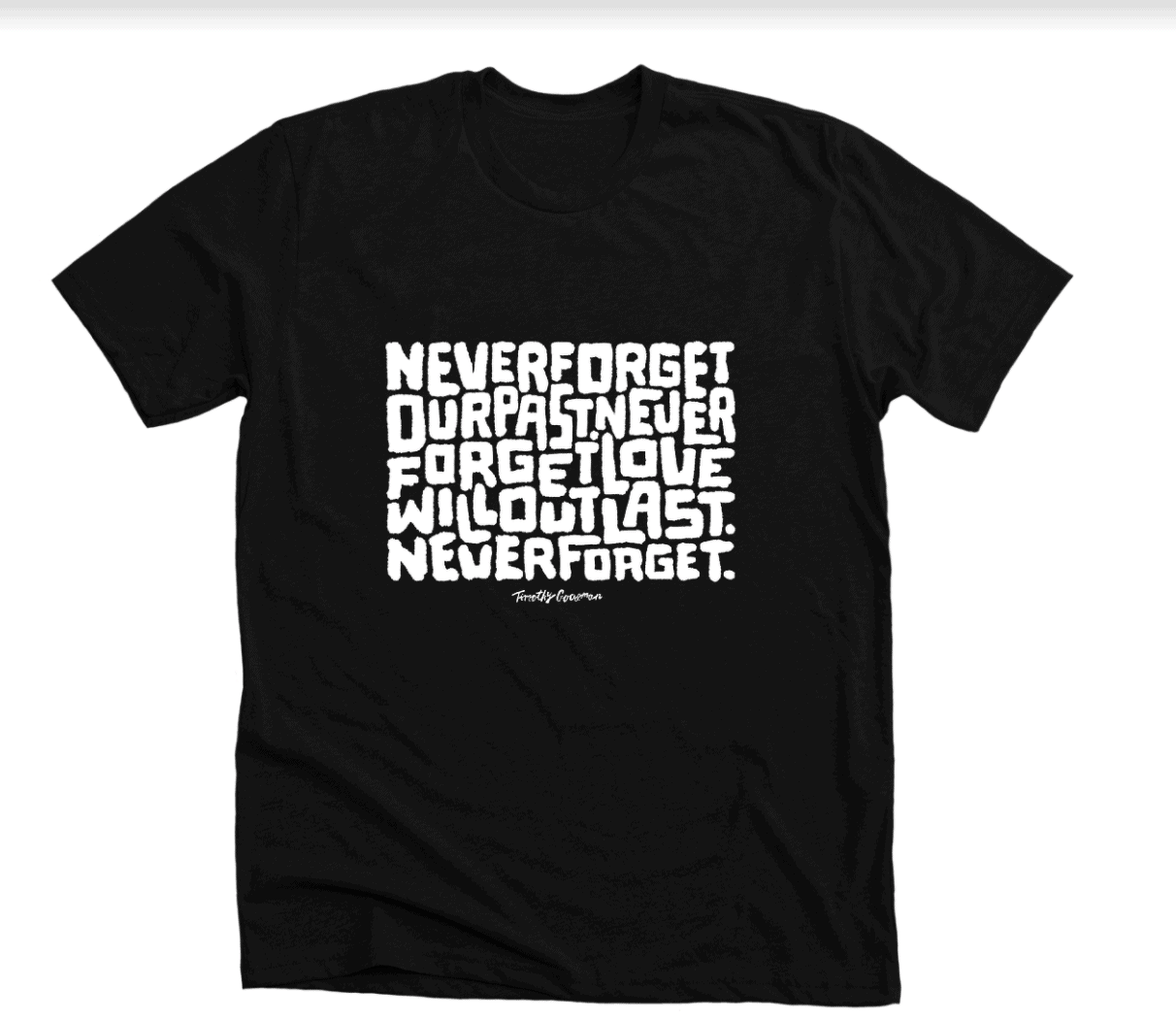 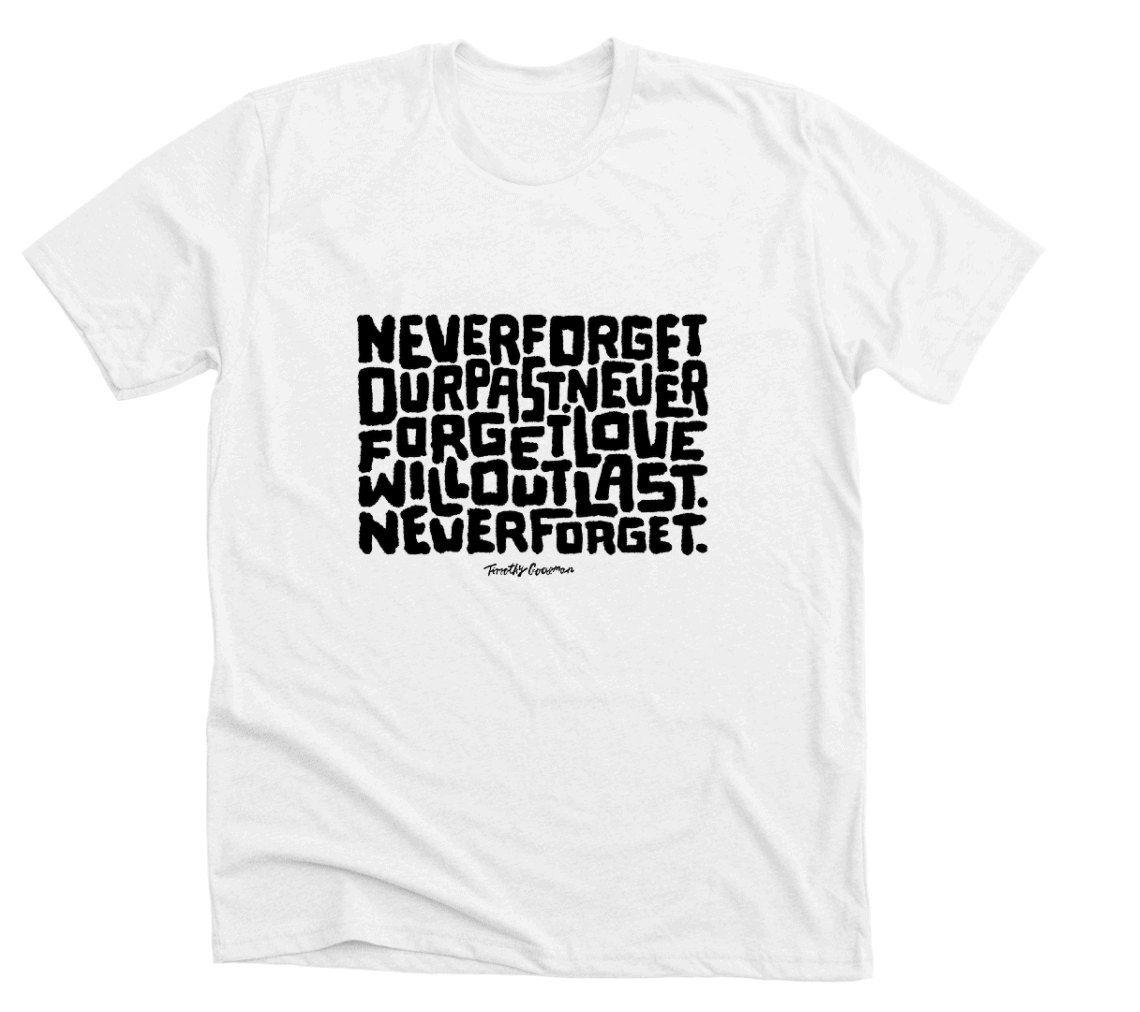