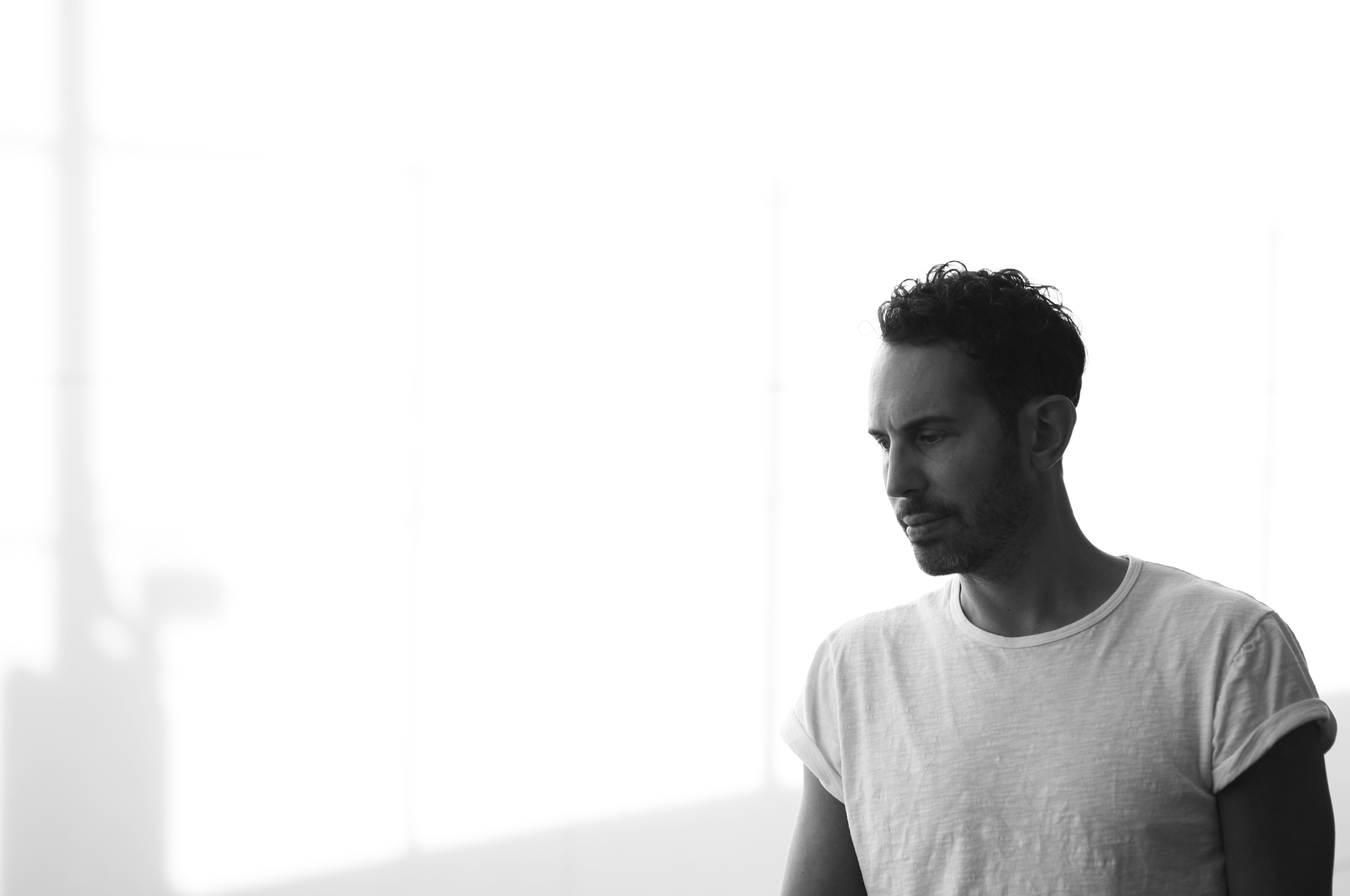 2.7k
Want one more example of L.A.’s burgeoning fashion movement? Meet former New Yorker and current West Coast-dwelling Andy Salzer, who created Hiro Clark, his own line of limited-edition t-shirts for men last year. With his former label Yoko Devereaux “killed”, Salzer tells us how Cali life has impacted his new line, what brought him west, and how you can get your paws on your very own Hiro Clark tee.

I have a background in art history and fashion, but L.A. has a tendency to just erase your background. It’s an entire city of people that exist without a past. They all came here to be somebody else. I grew up in Seattle and Portland. Basically, I entered the fashion world from a very non-traditional fashion place.  I was far more influenced by youth movements like grunge or, after moving to NYC, the Brooklyn and ‘below 14th Street’, modern day versions of punk aka the creative class.
What are your L.A. influences?
I’m really into the Sunset Strip –Jane’s Addiction, The Doors/Morrison, the Chateau Marmont, Black Flag, bars like the Viper Room, and the Whisky a Go Go. I prefer outsider influences more than anything.  And I tend to grab onto those points of view. Individuals like Malcolm McLaren hold my attention more than others.  These kids all had something to say. They looked for super-accessible ways to express themselves. Of course, clothes became a big part of it: the signifier of how you want to be perceived, how you chose to respect or disrespect ‘the rules.’  The T-shirt was a staple. A T–shirt is often overlooked, but can make a very powerful statement.
You were the creative behind the line Yoko Devereaux

I loved it too much.  My passion for that project exhausted me. I was really young and took on a lot more than I should have. It was just me and one assistant. I look back at that as total and absolute masochism. It was awesome. The whole project seemed to happen at a very kismet moment in NYC. Brooklyn was just coming into itself, and that loud collision between art, commerce, and fashion was exploding in Williamsburg. Menswear had only been very fancy, vintage, or streetwear. There was nothing in between. So I created it. It was a very downtown NYC moment and felt very new at the time. Now, that point of view is everywhere.  That story has been told to death. With that said, I killed off Yoko Devereaux. It was time. Hiro Clark is much more about subtlety: exposing the invisible, the grey area, the ‘between the lines’, the less obvious. It’s about seeing L.A. differently.
What brought you to L.A.?
Why does anyone come to L.A.? We all come here looking for something. I came to L.A. for something different, something new, something unknown. I suppose I was looking for a change.

Why is it called Hiro Clark?
Since it’s all menswear, I wanted to keep it simple, masculine, and to highlight the optimism of the west coast. And I have an obsession with superheroes. ‘Hiro Clark’ plays off of ‘hero’ and Clark Kent. What boy doesn’t want to grow up to be Superman? 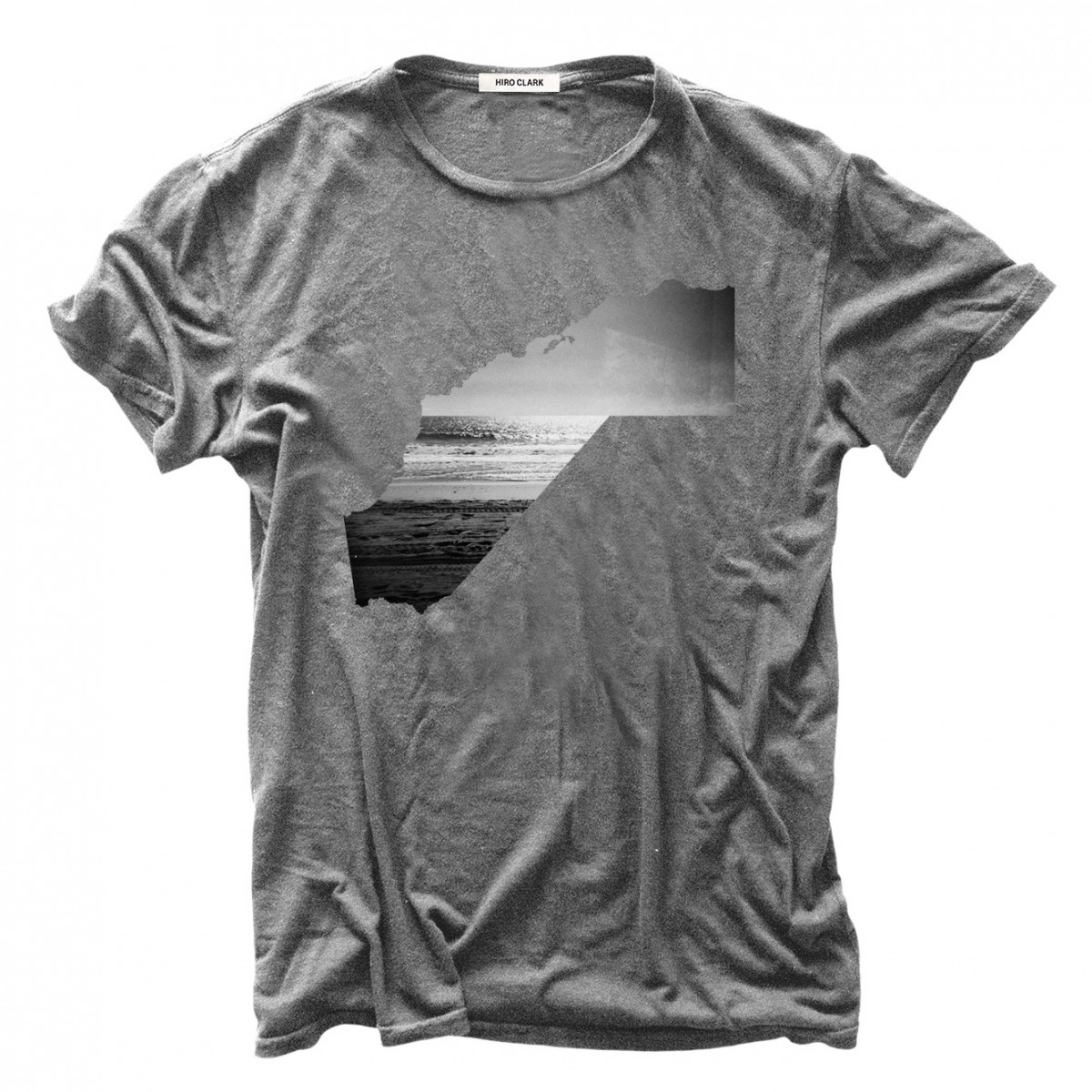 Your shirts are currently just for men. Any plans to do shirts for women?

Right now, I’m really just focused on guys. But I’m seeing the Hiro Clark tees being purchased as ‘boyfriend tees’, for sure. So yes, there are definitely female followers. I was honored to see Monica Lewinsky in one of my t-shirts. That was an excellent surprise. I have so much respect and adoration for her.
How has living in Los Angeles had an effect on the tees?
I’ve lived in t-shirts my entire life. But here, it’s a uniform. It’s a t-shirt town. Every day is t-shirts and jeans weather. If you’re into layers and seasons and the formality of it all, you are definitely in the wrong place. But I love it. And L.A. has as a glorious sales pitch–at first glance, it’s shiny, happy, all about sun and dreams. But the brighter the light, the darker the shadow. There’s a struggle and a darkness here. But you have to scratch at the surface a bit to find it. That’s all very Hiro Clark–we see L.A. differently.
How did you “research to hell and back” the fit?
From Hanes to Givenchy, I have tried on, bought, washed and worn almost every t-shirt out there. The fit has been really important. I didn’t want it to have a ‘fashion’ fit aka super skinny and specific. The west coast is more relaxed, so I wanted the t-shirts to be all about this easy, everyday lifestyle.  Not fussy, not too fancy, but something you can wear high and low.  And I think we’ve nailed it.
How often do you bring out new shirts?
Right now, four times a year. Ultimately, I’ll probably introduce new t-shirts more often, but it’s a total work in progress.
What are your plans to expand the brand?
This is Los Angeles. We don’t really make plans out here. I’m trying to keep very focused on the here and now. I don’t want anything to happen too fast.  Been there, done that. It’s more important to me to be known for doing one thing extremely well. I don’t want to dilute that at all. Once we’ve reached that point, I can look ahead a bit.
Where are you selling now?
Exclusively at HiroClark.com. I haven’t let stores get a hold of it yet! 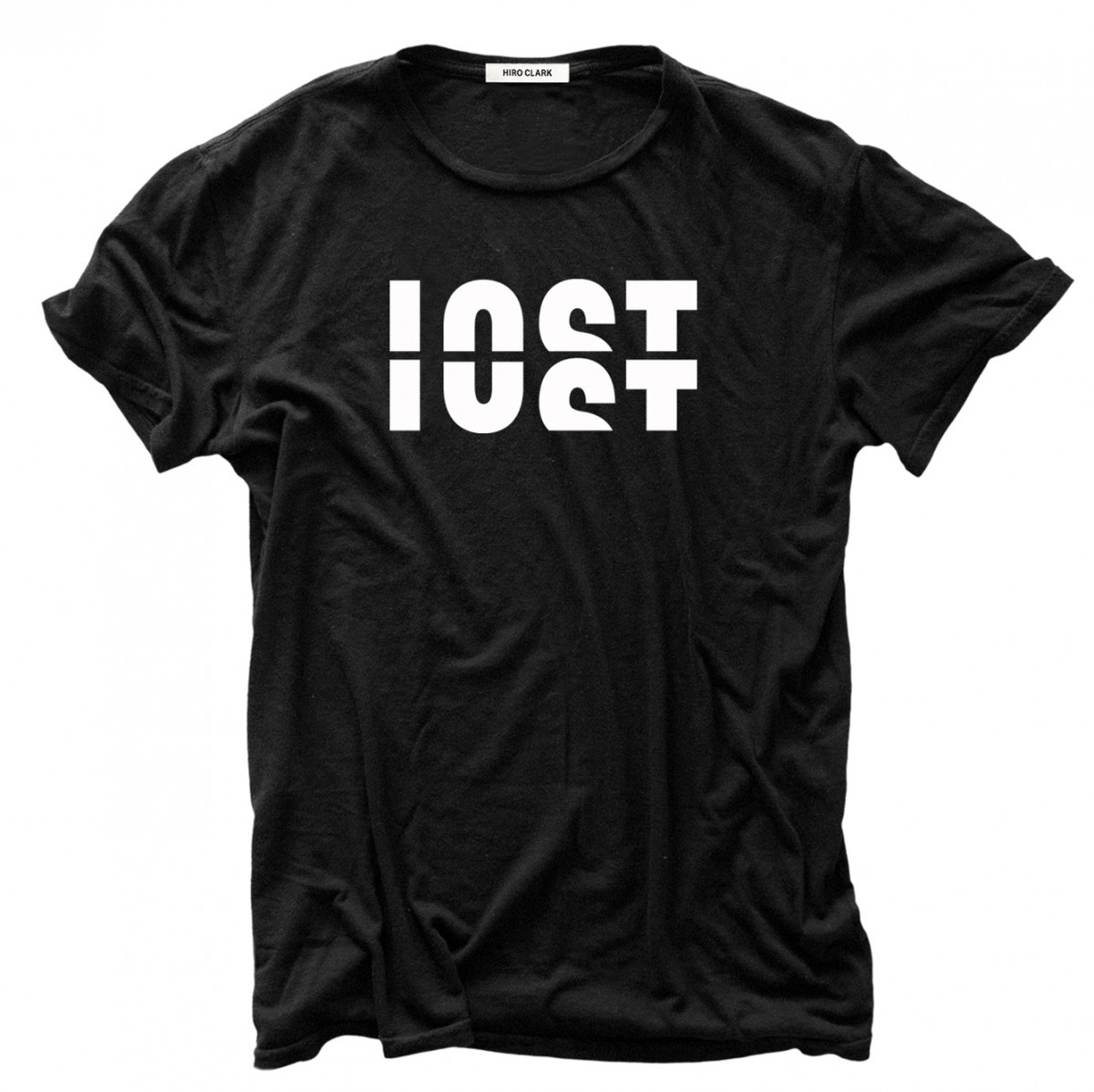 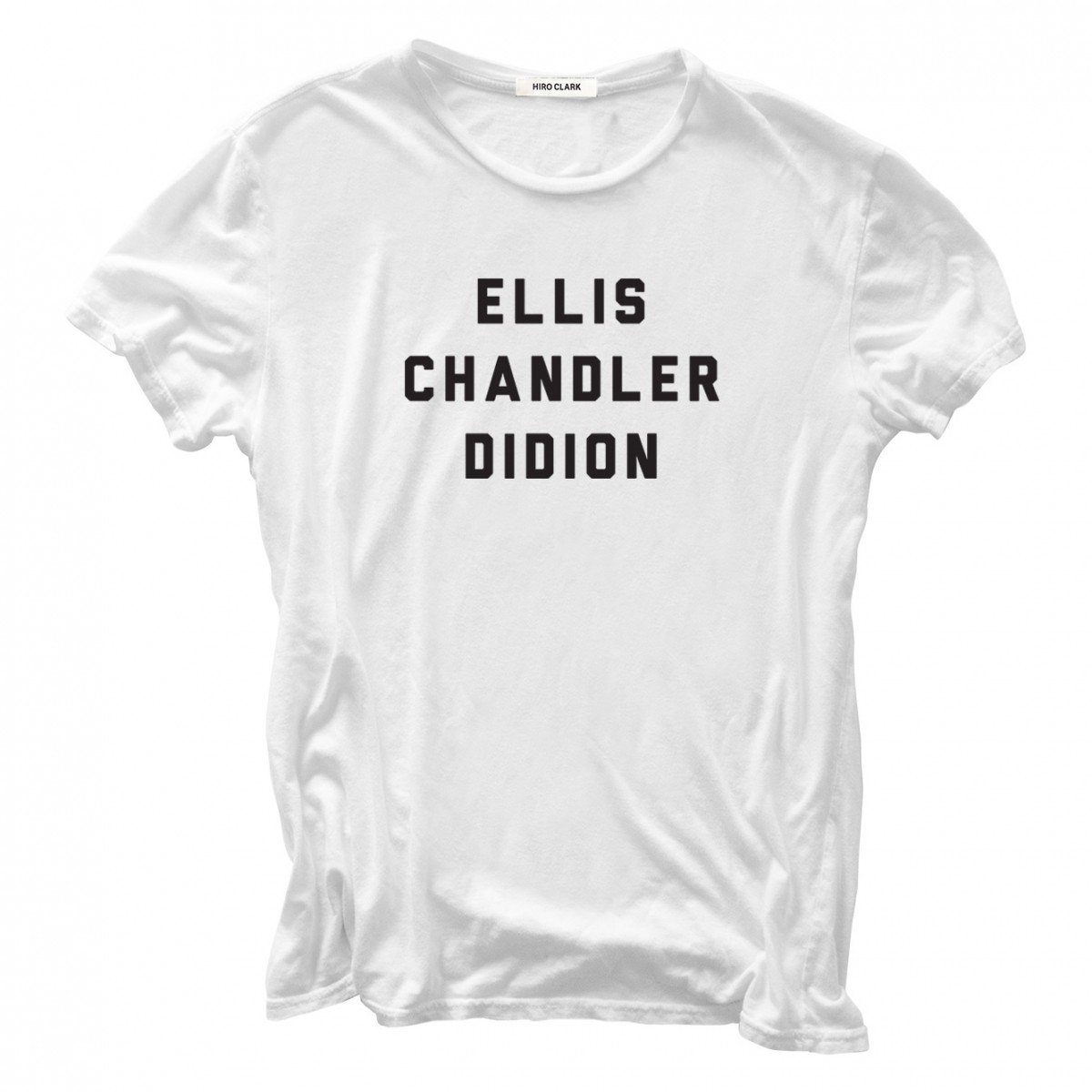 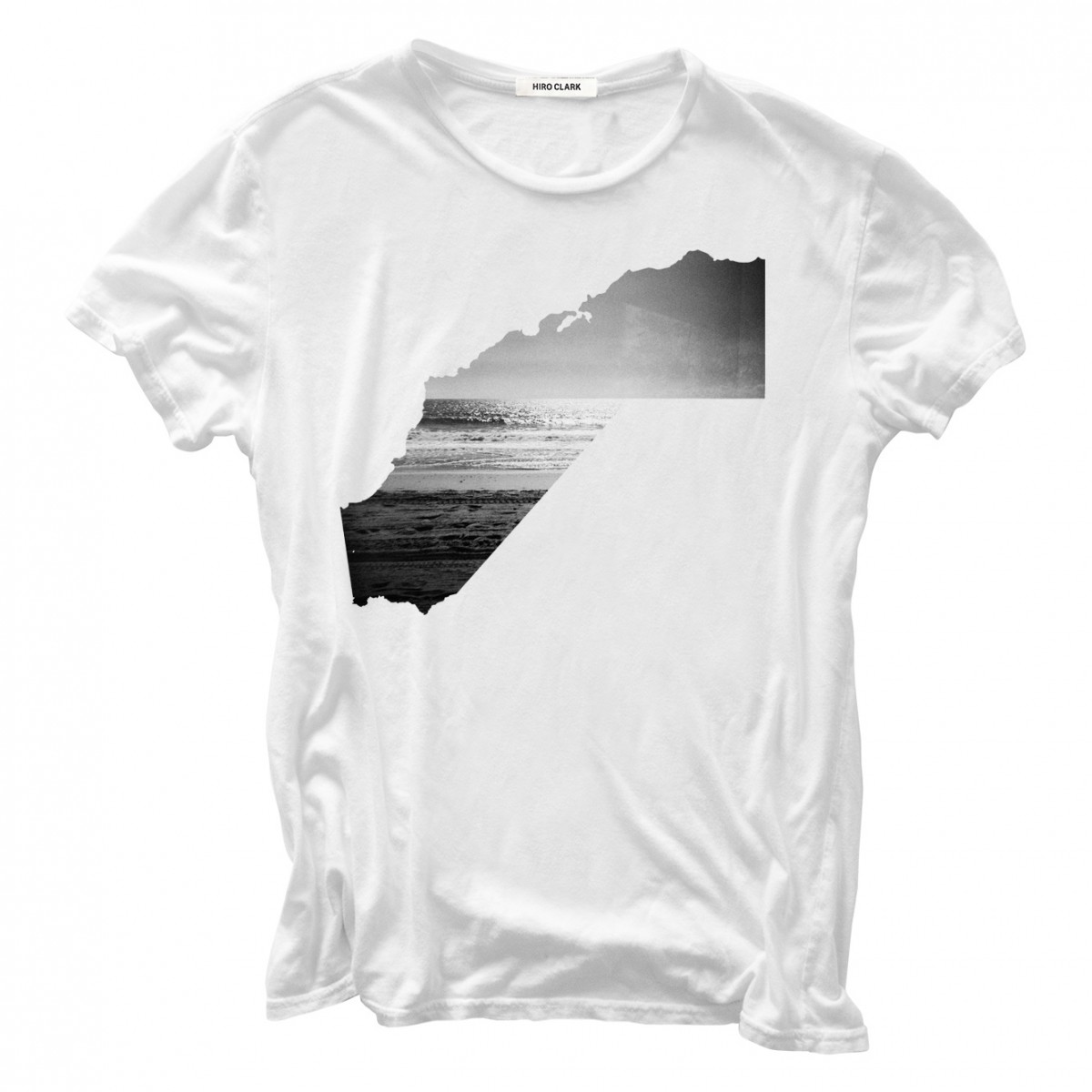