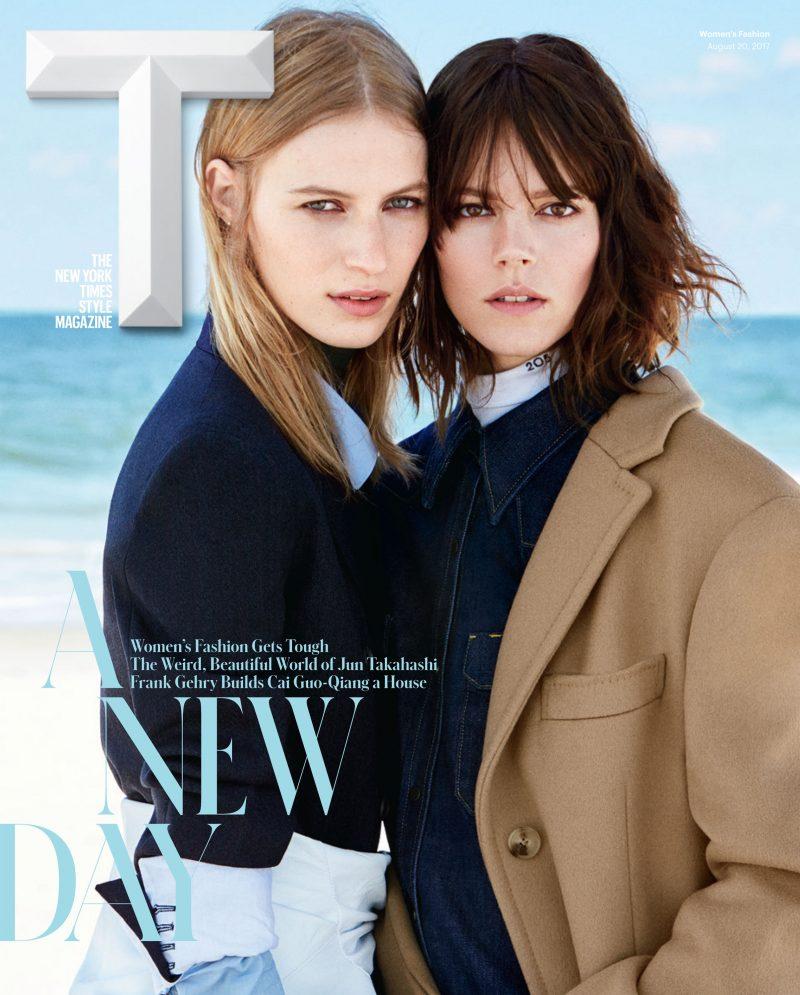 Another Fall issue has arrived—T Magazine’s Fall Women’s Fashion Issue, with Julia Nobis and Freja Beha Erichsen on the cover, lensed by Patrick Demarchelier. The mods don men’s style suiting styled by Marie-Amelie Sauvé. The issue is devoted to beauty’s ever-changing definitions, and includes features on Charles Zana’s Paris apartment, the house Frank Gehry built for artist Cai Guo-Qiang in New Jersey, and (adorable) shots of cats among Japanese confections. As editor-in-chief Hanya Yanagihara writes in her Editor’s Letter, titled But Beautiful, “…Of all the ways in which art and design test our understanding of the world, one of the most important is how they make us question what exactly beauty is.”

“T’s Fall Women’s Fashion issue represents the best of what our audience has come to expect from the magazine – a vibrant mix of design, culture, travel, and high fashion. We’re thrilled to welcome several new brands to our pages at a time when T readers are engaging more and more with our journalism,” said Elizabeth Webbe Lunny, vice president of luxury and publisher of T, in a press release. “With the introduction of new voices and fresh perspective to its pages, T will continue to elevate the magazine experience for brands, in print and digitally.”

The issue’s page count rings in at 154, a 7 percent increase from last year, and a few new advertisers make an appearance, including Balmain, ​Piazza Sempione, La Canadienne, Maybelline, and Sam Edelman.

Plus, T announced a slew of new hires, which, in true Daily style, we’ve organized as a mini Daily Media…

Check out the digital edition HERE and pick up an issue when it hits newsstands August 20.