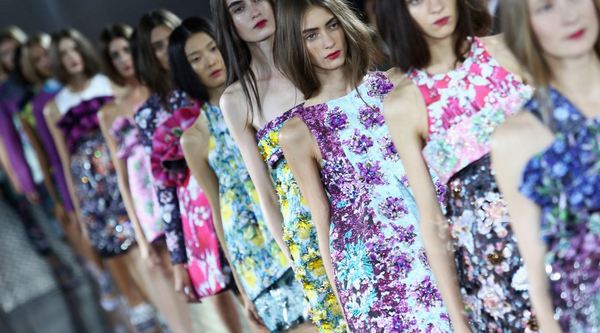 (NEW YORK) Who’s going to be exceptionally sparkly on the runways for Fall 2014? Swarovski has unveiled the 15 designers who will be part of this year’s Swarovski Collective. Returning brands this year include the likes of Rodarte, Suno, Wes Gordon, Mary Katrantzou, Maxime Simoëns, and Anthony Vaccarello. The bulk of Collective members are alums of the program; they’ll be joined by newcomers Brandon Sun, Fyodor Golan, and Tex Saverio. The Swarovski Collective was pieced together in 1999 by Nadja Swarovski, with the aim to support both emerging and established designers. She came up with the idea after cooking up a collab with Alexander McQueen and Isabella Blow. Over 150 designers have since partaken in the Collective, where they are offered aid in both financial and crystal form. As for the shimmery bits, participating designers can festoon their collections with an unlimited supply of the brand’s signature stones. If ever a reason to get crafty and unabashedly sparkly, joining the Collective is it, non?