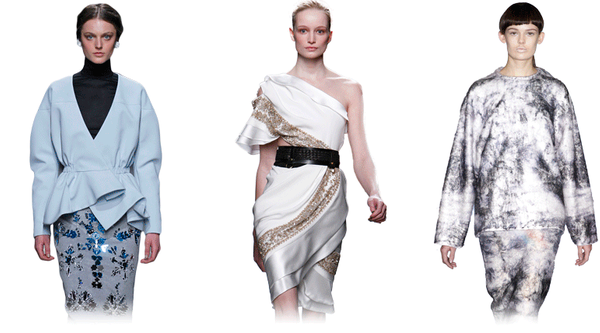 (NEW YORK) Swarovski has announced its latest crop of talents to partake in the Spring 2014 Swarovski Collective. The usual suspects, such as SUNO, Prabal Gurung, Rodarte, Band of Outsiders, and Creatures of the Wind, will be crystalizing looks again for NYFW, and Wes Gordon has returned this season to collaborate once again with the brand. Meanwhile, Mary Katrantzou, Giles, and Huishan Zhang will also be taking the crystallized approach with their collections again for London Fashion Week.

So who’s new this season? Sister by Sibling and Michael van der Ham will be working with Swarovski for the first time when they show their collections in London, and Alexis Mabille will be adding sparkle to his Spring line in Paris. The Swarovski Collective was first founded by Nadja Swarovski in 1999 following a collaboration with late Alexander McQueen and the late Isabella Blow. Since then the collective has gone on to support more than 150 designers. Stay tuned for the sparkly revelations!

The Williams Sisters Chow Down!