Swarovski And The CFDA Throw A Very Sparkly ‘Lucky 13’ Soiree 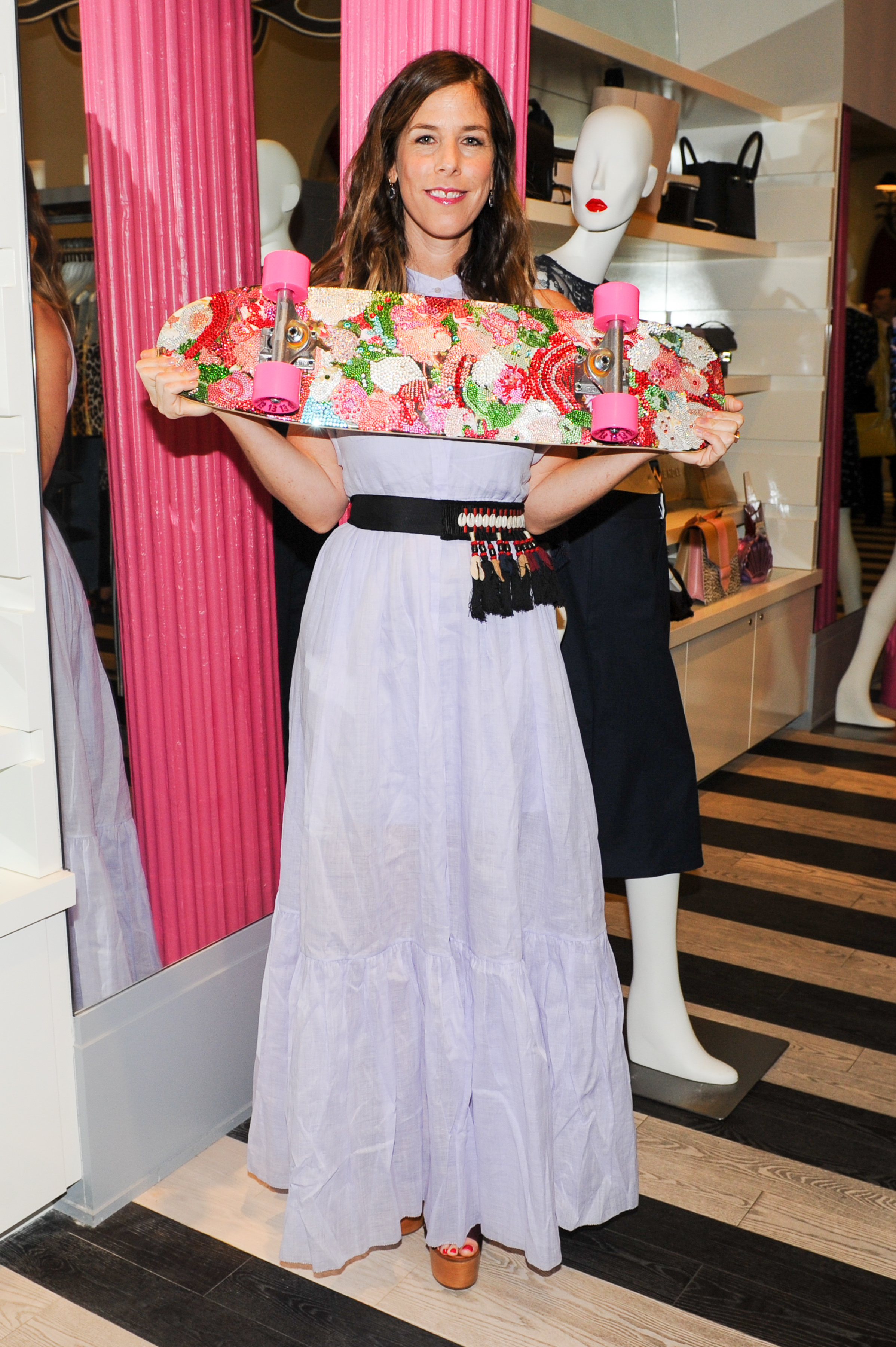 (NEW YORK) What do you get when you mix a bevy of chic CFDA designers with thousands of Swarovski crystals? Well, let’s just say quite a few unexpected items get bedazzled, nine of which were on display at Kirna Zabete last night for the ‘Lucky 13’ party. Although there were plenty of elements bearing the number 13—it’s the 13th anniversary of the Swarovski partnership between the CFDA,  the date was May 13th, and each objet on display incorporated the number 13 in it—there wasn’t a touch of bad luck in the building. Rather, the nine designers vying for the 2014 CFDA Swarovski Awards for Emerging Talent were on hand with lots of good karma to unveil their sparkly pieces, from a Creatures of the Wind record player to Wes Gordon‘s vintage bronze pheasant, nestled among a bed of crystals. Additionally, there was Irene Neuwirth’s crystal-smothered skateboard. “It took a really long time to make, around 75 hours. I will never bedazzle anything else for as long as I live!” Neuwirth told The Daily of the sparkly creation. Also in the sporty spirit was Todd Snyder, who chose a Brooklyn Nets jersey as his canvas. As for Snyder’s ideal bloke to rock the sparkly creation? “I’m hoping Jay-Z will pick it up,” the designer said. Then there was Jennifer Fisher, whose Kid Robot figurine was a favorite of the night. “I see luck in charms,” Fisher told us. “Plus, my company evolved from my first lucky charm: the tag I made with my son’s name!” The other designers in play last night were Marc Alary, Tim Coppens, Shayne Oliver of Hood by Air, and Rosie Assoulin. Also on hand to sip champagne and peruse the racks were a flurry of designers: Pamela Love, Tibi’s Amy Smilovic, Timo Weiland, Veronica Beard’s Veronica Miele Beard and Veronica Swanson Beard, Misha Nonoo, Rebecca Minkoff, Katie Ermilio, Yigal Azrouel, Edie Parker’s Brett Heyman and Tia Cibani. For those who are feeling particularly lucky, you can bid on these objets d’art at Gavel & Grand from now until June 2nd.
DENA SILVER

ELLE Partners With BeautyCon On Its Debut NYC Summit