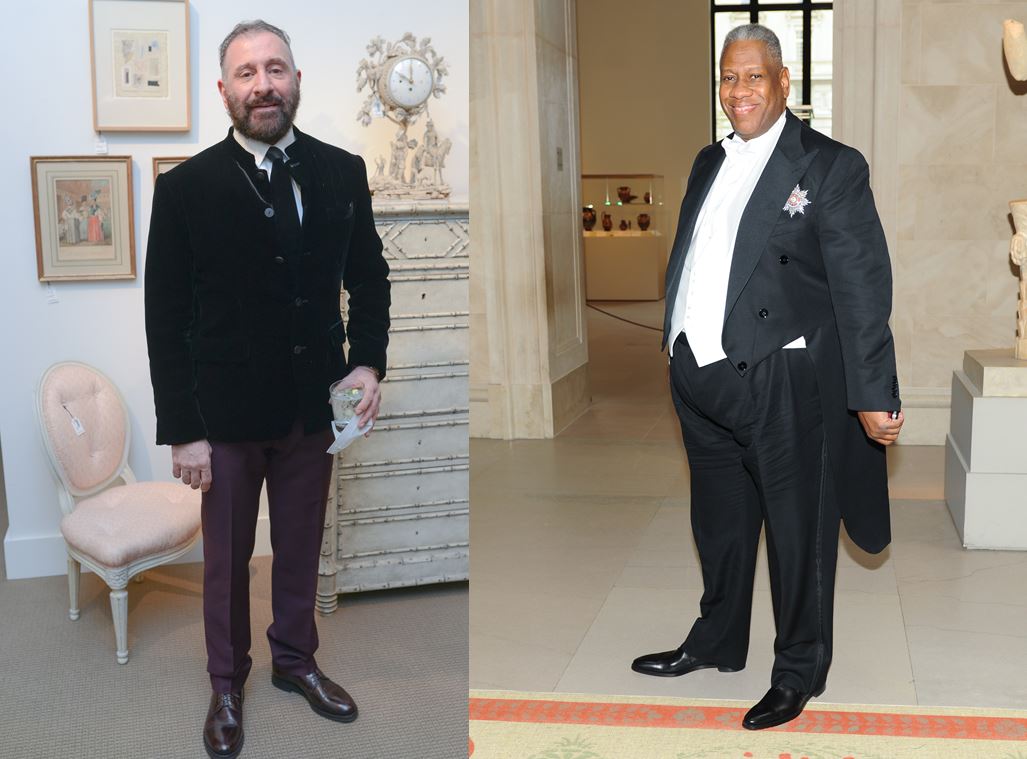 When it comes to having lunch on a blustery afternoon, ducking into Le Cirque with the added promise of a Q & A between André Leon Talley and Ralph Rucci, wintry weather doesn’t seem so miserable after all. And when the two decide to use their hour in front of the lunch crowd to share stories, the deal gets even sweeter. This was exactly the case at today’s FGI-hosted luncheon, where the audience included luminaries such as Linda Fargo, Ruth Finley, and Susan Kaufman. ALT and Rucci openly swapped stories on everyone and anyone in the industry, including Karl Lagerfeld, Rei Kawakubo, Ralph Lauren, Elsa Peretti, Andy Warhol, Diana Vreeland, Yves Saint Laurent, Marc Jacobs, and more. But the most entertaining stories the two had were on the late Elizabeth Taylor.

Ralph Rucci: “In 1999, for my Fall collection, I was at the Neiman Marcus in Beverly Hills. They we’re going to close the store early because Elizabeth Taylor wanted to come in. Well, 6:30 turned into 7 and Elizabeth was tired. They asked, ‘Would you bring the entire collection to her house?’ So I go to the house, [with] my assistant, and someone from Neiman Marcus. It was a complete movie. Little, teeny Elizabeth, in no makeup, was in her dressing area at the top of the steps. Anyways, I left her house at 1:30 in the morning, and Elizabeth absconded with a violet sable. But we had the best time; we smoked pot, and she told me about all the great loves of her life. She showed me her suites of jewelry and I was one of the three designers in her life at that time who designed clothes around those suites. That was quite an experience.”

Andre Leon Talley: “You know, Elizbeth Taylor used to take her own Johnny Walker over to Elsa Peretti’s house? Anyways, I had a shoot with her once, she showed up at 5 o’clock and she was supposed to be there at 11 a.m. We were sitting there, waiting for her to show up. This was in L.A., for Vogue and the people would call and say, ‘Ms. Taylor is now at the hair sink.’ ‘Ms. Taylor is now about to get into the car,’ at 2 o’clock. ‘Ms. Taylor is now leaving the house,’ at 3 o’clock. We had lunch, and in those days we were still eating fried chicken, although we don’t eat it anymore. It’s now 4:45 and there I am, with a fried chicken drumstick in my teeth, and the doors swing open. It’s Elizabeth Taylor, in a bottle green Chanel cardigan, with the Duchess of Windsor’s fleur de lis diamond pin stuck in the cleavage, tight Gloria Vanderbilt jeans, like sausage casing, and little black boots. And I had the chicken bone in my mouth! She walks slowly into the room and goes, “I feel like sh*t! Gimme some of that chicken!”

But it wasn’t all joyful stories, because there was an elephant in the room; Rucci had abruptly left his eponymous label on November 10 and had yet to break the silence on why. He only briefly touched on the topic, explaining to the room: “I needed to take a step into the future to put perspective on the past, so I can re-do the future.” The lunch closed with some kind words from Bergdorf Goodman’s Linda Fargo. “I think everyone here would join me in agreeing that in Ralph Rucci, we have an actual true, real original. To be an original that actually invented something that didn’t exist before,” she said. “I think Ralph deserves a lot of recognition from all of us for that.”