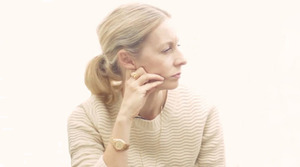 (NEW YORK) French Vogue has filled a big position on its masthead: Suzanne Koller is joining the glossy as fashion director. Koller is co-founder/fashion director of biannual indie mag Self Service, which debuted in 1995. She also co-founded consulting agency Petronio Associates with partner Ezra Petronio, who serves as EIC of Self Service, that has worked with clients like Chanel, Jil Sander, Louis Vuitton, A.P.C., and Miu Miu. Koller’s predecessor has risen to lofty levels since holding the title—Emmanuelle Alt was the mag’s longtime fashion director, until she was named editor-in-chief in 2011. Alt has certainly taken her time choosing the right style savant to fill her shows. “We are a small team. It’s a good fit, and I needed someone close to me…She’s really the right person,” Alt told WWD. Expect Koller’s work to grace French Vogue‘s pages beginning with its August issue.

Watch Your Back, Patti LuPone! Tavi Gevinson Is Coming To Broadway!

Jeffrey's Night At The Armory