Supreme Is Collaborating with Lacoste for Spring 2017 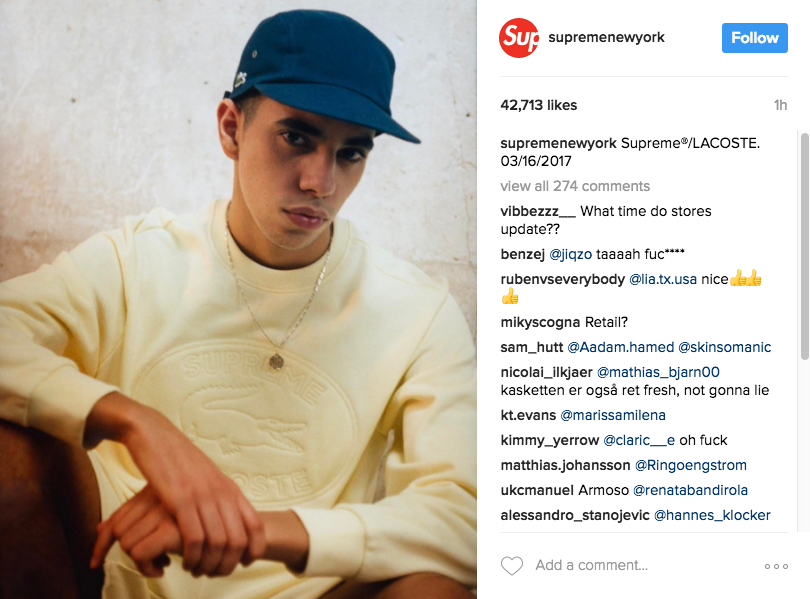 Two months after Supreme joined forces with Louis Vuitton for an epic collaboration, the New York-based line announced a new project with Lacoste—another French brand!—for its upcoming Spring 2017 collection. That means you’ll be able to get your hands on these products way before Supreme x Louis Vuitton hits stores. Supreme announced the news on Instagram this morning with a few sneak peeks into the collaboration that showcase a play on the aesthetics of both brands, making for a preppy-meets-sporty chic range. Standout clothes and accessories include a track jacket, tennis sweater, Harrington jacket, pique crewneck, long-sleeved jersey polo, track pants, pique shorts, and a pique camp cap, which are branded with both brands’ stand-out logos.

The collection is available on March 16, in store in Los Angeles, New York, London, and Paris and online at supremenewyork.com. 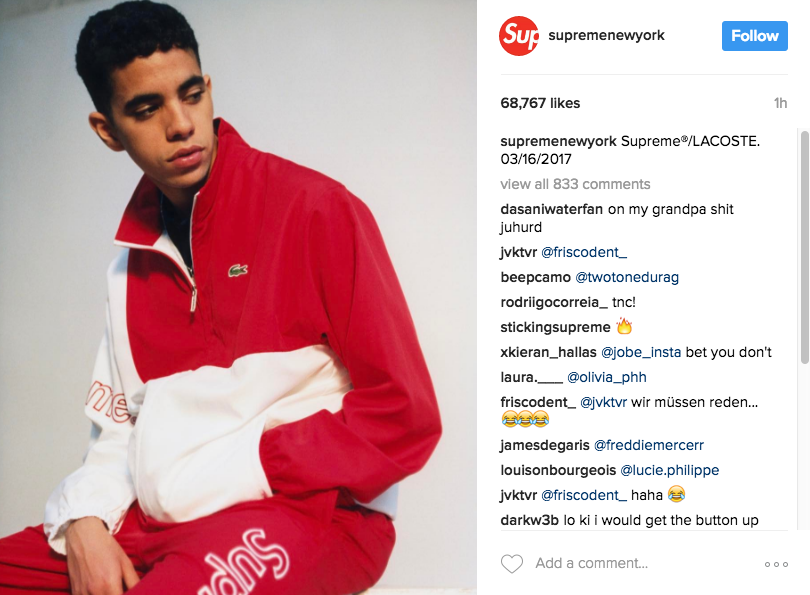 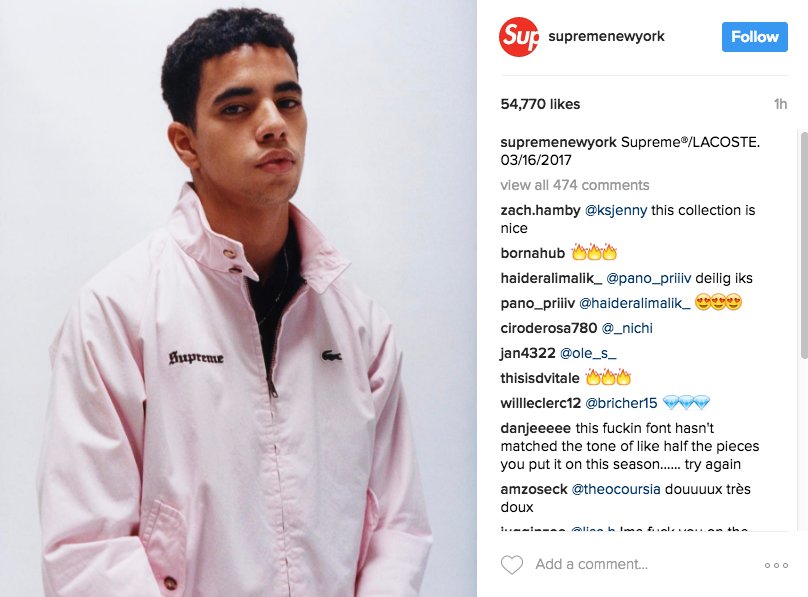 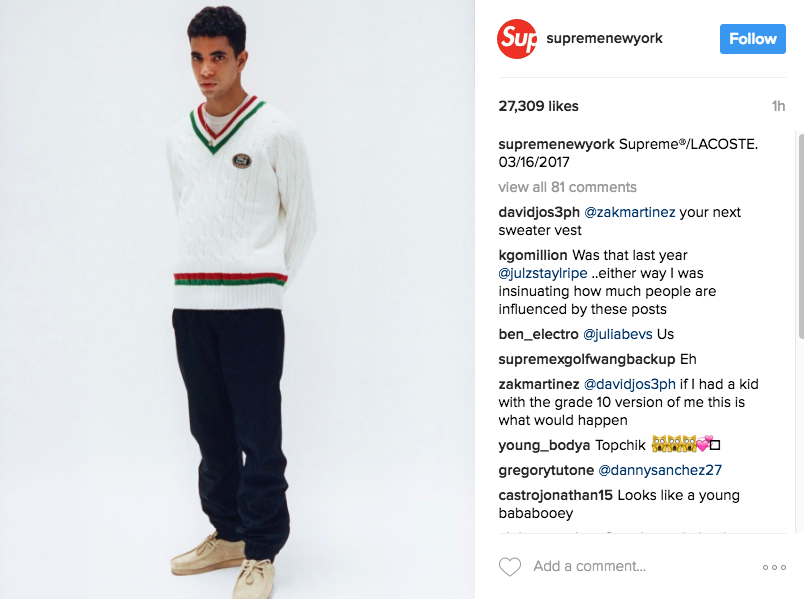