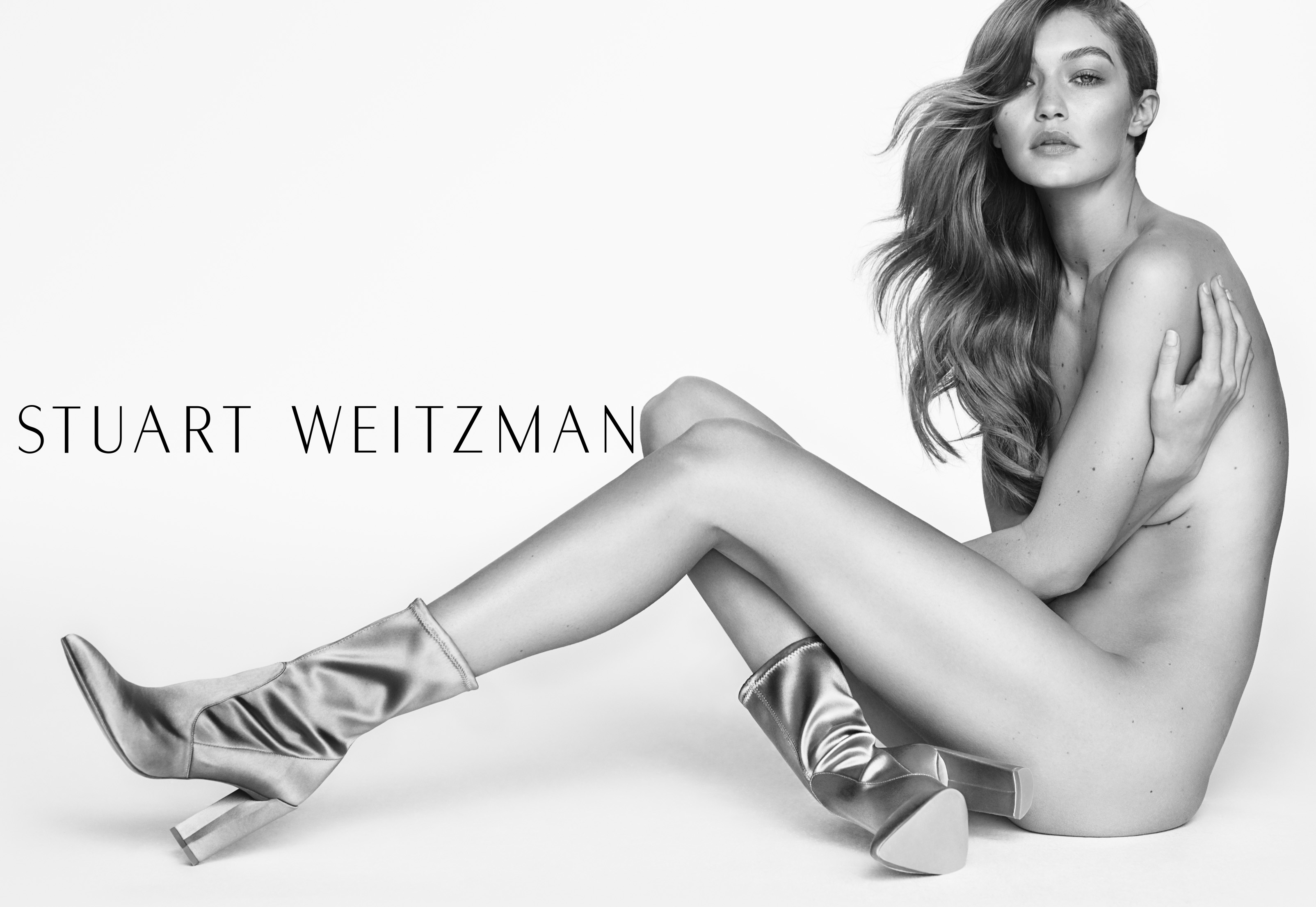 Gigi Hadid is once again the face of Stuart Weitzman’s campaign, this time for Spring/Summer 2017. It marks her third time modeling in the brand’s campaign, following in the footsteps (pun intended) of world-famous models like Gisele Bündchen and Kate Moss.

Hadid also teamed up with Stuart Weitzman on a successful design collab, the “Gigi Boot.” For SS17, Hadid models the brand’s satin Clinger boots and nothing else! Hadid was also shot in her birthday suit for Stuart Weitzman’s much-talked-about Nudist campaign alongside models Lily Aldridge and Joan Smalls, which has become one of Mario Testino’s iconic images. Testino was also behind the lens for Spring 2017 and captured Hadid looking au naturel in a series of black and white shots. Hadid also models the Décor slip-on sneakers while wearing a relaxed white blouse and slouchy dress pants. Both shoes are available for pre-order now at StuartWeitzman.com. Grab them while you can! To see Gigi in action, check out the behind-the-scenes video below: