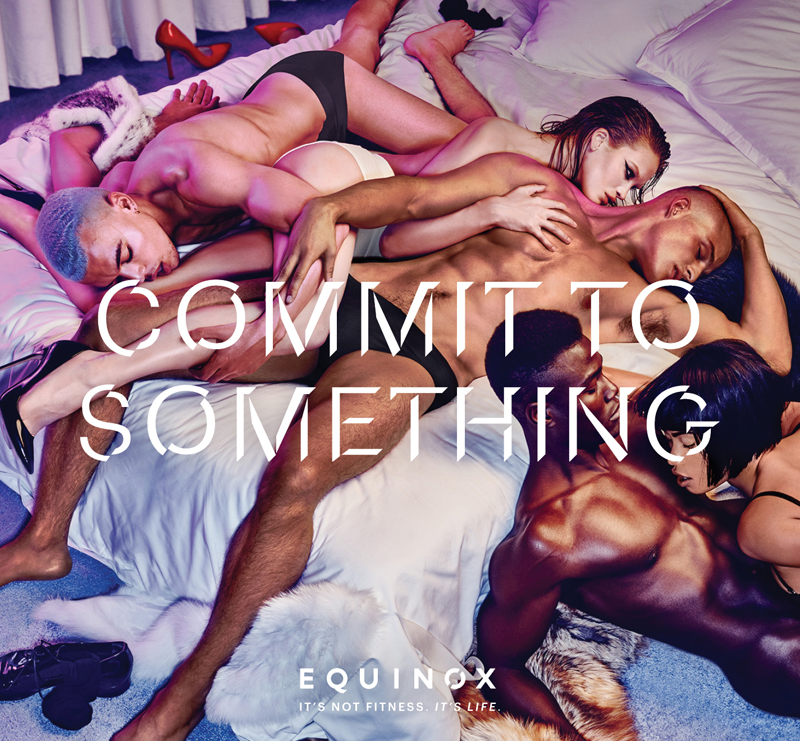 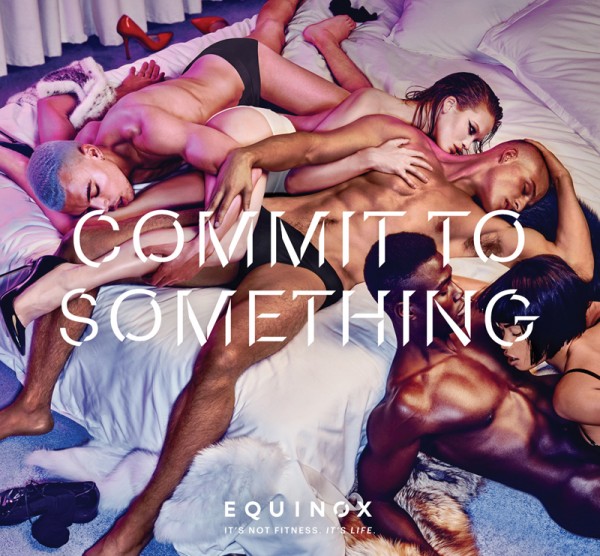 Steven Klein shot Equinox’s ultra-racy Spring ’16 ad campaign, and it’s a bit of a reunion. The photographer lensed one of the first Equinox ad campaigns years ago, and this season, he teamed up with the luxury fitness brand to lure in customers who take New Year’s resolutions to heart. “It was an easy decision to work with Steven on the campaign,” said Elizabeth Nolan, executive creative director at Equinox. “His reputation as a fearless and defiant creative talent was exactly the right fit for a brand as provocative as Equinox.” This year, Equinox also brought on stylist Mel Ottenberg (known for his work with Rihanna).

Equinox’s ad campaigns have traditionally been cheeky and rife with sex appeal. This year’s edition features a steamy ménage à cinq, Lydia Hearst breastfeeding two infants, and a woman in her undies surrounded by 10 hairless cats in her kitchen (yes, you read that right). The campaign also features model and mixed martial arts fighter Alan Jouban (who also appears in the Ermanno Scervino Spring 2016 ad campaign) posing with his trophies and Jean-Claude Van Damme’s 25-year-old daughter Bianca as a female protestor. The campaign slogan asks the public to “Commit to Something,” preferably to Equinox…not so preferably to owning 10 hairless felines.