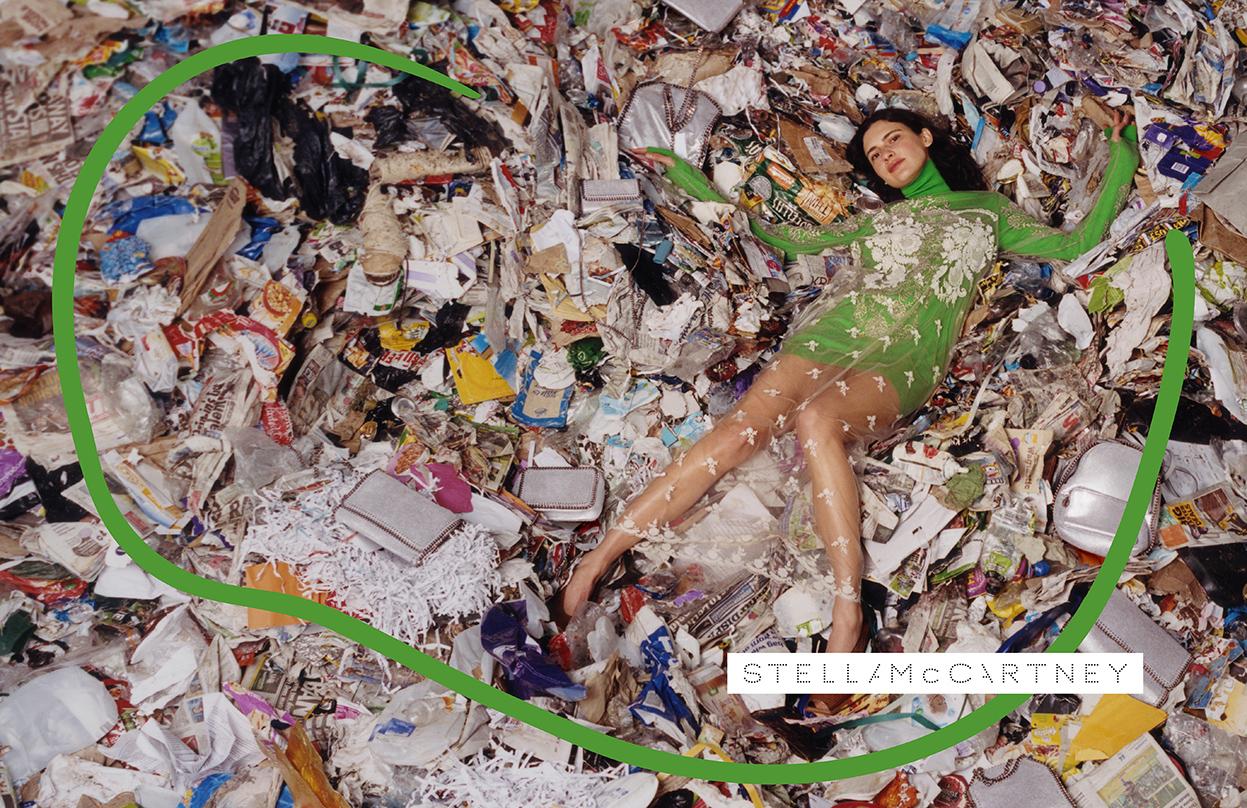 Staying true to her messaging on sustainability and responsibility, Stella McCartney chose to shoot her Fall/Winter 2017 campaign against piles of waste that have unfortunately accumulated on the Eastern Coast of Scotland. Shot by Harley Weir and illustrated by Urs Fischer, the campaign brings attention to the consequences and responsibility of our human footprint. “The idea we had with this campaign is to portray who we want to be and how we carry ourselves; our attitude and collective path,” said McCartney in a press statement. “Our man-made constructed environments are disconnected and unaware of other life and the planet which is why there is waste.” The designer added that “single use” and “disposable” products are wreaking havoc on our environment and that we are now producing nearly 300 millions tons of plastic every year, half of which is for single use.

The new campaign features models Birgit Kos, Iana Godnia, and Huan Zhou in Stella looks amidst piles of trash or on top of a discarded car. Certainly not the kind of clothing you would want to recline on a pile of garbage in. Thankfully, McCartney’s clothes aren’t single-use products.

“Stella’s fashion to me is about dignity, love, and a beautiful attitude to all challenges,” said Fischer in the press statement. “All while feeling good and looking great and we wanted to reflect that in the concept of this campaign.”

Since the brand’s inception, McCartney has prided her eponymous label on being both ethical and environmental. McCartney never uses fur, leather, or skins in her collections and 53 percent of the womenswear collections are made from sustainable materials including viscose, regenerated cashmere, organic cotton and denim, recycled nylon, sustainable wood and cork, and eco alter nappa.

Read up on facts about waste in the U.S. today, according to plasticoceans.org and epa.gov:

Additional Facts on Waste and Recycling