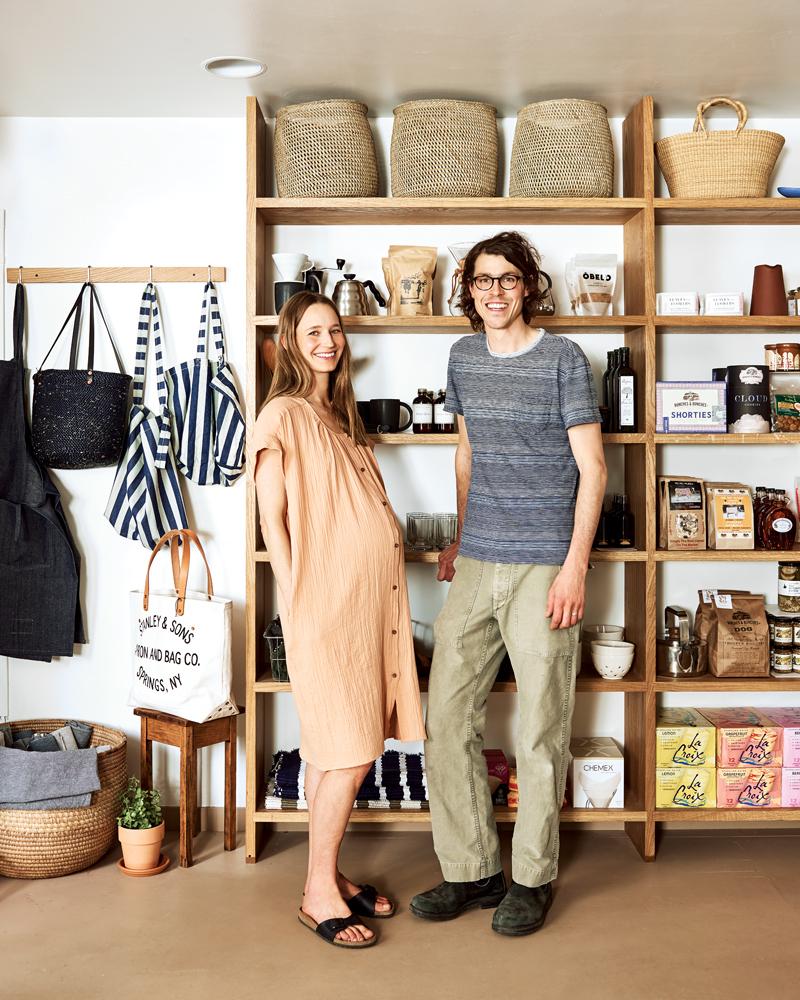 On a sleepy street in Springs, Lindsay and Chris Grodzki have opened a meticulously curated emporium of all sorts of delights. Isn’t it about time you visited S&S Corner Shop?

Maldon sea salt flakes, La Croix sparkling water, Roberta’s frozen pizzas, It’s-It ice cream sandwiches—none are exactly ubiquitous in Springs, where until recently, there were few purveyors of nonbasic provisions. But in a former barbershop building on Fort Pond Boulevard, the new S&S Corner Shop is stocking them all, in addition to other like-minded merch.

On a Saturday afternoon, this once-sleepy spot has become a hub for the area’s young creatives, who gather to caffeinate and commune lounge with the store’s owners, Lindsay and Chris Grodzki.

“The interesting thing for us is that Springs doesn’t have a lot of commercial space,” says Chris, granting an interview after he serves a custom “Abraço S&S” iced coffee to a customer who is waxing poetic on the merits of longboarding. “To have something here is super special, because there aren’t many things to choose from.”

The Grodzkis’ primary business is Stanley & Sons, a collection of handmade aprons, bags, and linens that Chris founded in 2008. The project began as a weekend hobby and an homage to his grandfather, Stanley, who produced utilitarian aprons and bags for restaurants. “I grew up learning how to sew, just because we always had a surplus of fabric around,” says Chris. “I’ve always made bags and pouches, and then one weekend, my roommate and I made aprons to wear while working on our bikes, because I kept ruining all my clothes. I thought, ‘It’s funny that I’m making aprons and bags, because that’s what my grandfather had done. Wouldn’t it be funny if I started this fictitious company, as if I had continued his business?’ ”

Soon thereafter, he met Lindsay. “I had been making bags coincidentally on my own for fun, and I’d seen Chris’s work online, and I thought it was a real, established company—a Stanley with a son,” she says, taking a break on a beautiful bench that is handwoven with Danish cording. “But I went to his studio—a hot garage in downtown Brooklyn—and there was this young guy.”

The meeting was fortuitous, generating a personal and professional partnership. The Stanley & Sons business grew quickly, and is now carried in stores such as Turpan in East Hampton, General Store in Los Angeles, and Unionmade in San Francisco.

In 2013, the couple moved to Springs. “The building our studio was in was sold, and we decided that we were meant to leave the city,” says Chris. “Our business wasn’t so reliant on us being there. We love being outside, and we had surfed in Montauk, so we knew it was good here all the time. My brother-in-law was like, ‘The only thing you could afford would be Springs, maybe.’ And now, we’ve just put our fifth [annual] dump pass on our car.”

Earlier this year, some friends presented them with the opportunity to take over the shop on Fort Pond Boulevard, and the Grodzkis set out to build a friendly gathering spot that showcases the work and wares of locals, as well as products that aren’t readily available on the East End. “What we missed from our time in Brooklyn was being in a community,” says Chris. “We saw this as a great opportunity to connect.” As for the curatorial process? “It’s all Lindsay,” he admits. “She asks for my opinion, but I think she already has hers.”

Lindsay smiles, concurring. “Food-wise, I try to find items that have a similar ethos to our own company, who put the same kind of care into their product that we do,” she says. As for the home-goods assortment, says Lindsay, “I pick stuff I’d like to have in my house—that’s pretty and functions well.” That includes a beautiful assortment of candlesticks, mugs, and vases that she makes under the brand Wheel Ceramics, as well as Chemex coffee makers, Hario kettles, and baskets woven in Tanzania.

Since its opening in April, the shop has been the talk of Springs—and beyond. “Everyone is super supportive to people who are trying to do something here,” says Chris. “We’re connecting with a lot of people.” Although they’ve been mostly manning the counter themselves, they are planning to take some time off this summer—their first child, a son, is due at the end of June. If all goes well, they’re hoping to keep the store open year-round. “But we’ll probably close in February or March and go on a trip,” says Lindsay, with a sly smile. “I’m like, ‘We’re going to Mexico!’ ” 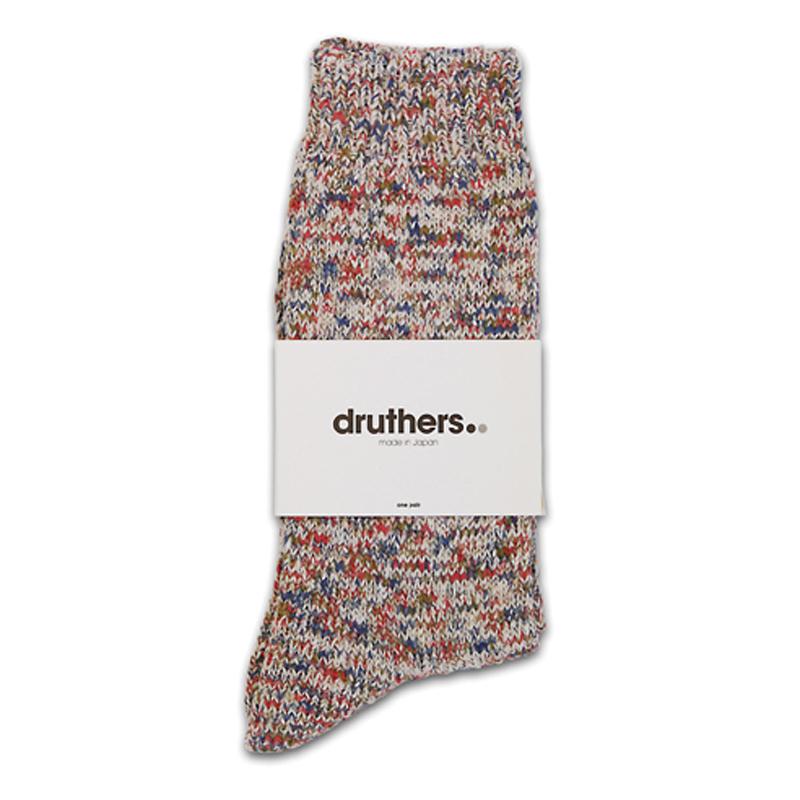 Lindsay explains the origins of some of S&S Corner Shop’s most popular items:

“My friend Emma [Allen] makes this amazing mix of essential oils and base oils, like avocado, coconut, and shea. The idea is you need one product for everyday—you can use it as a face wash, in your hair, and it’s affordable.”

“They’re hand-loomed in Japan. This is our friend Alan [Shikverg’s] company—they also make men’s boxers, and they’re expanding into other things as well.”

“Our friend Brendan [Davidson] grows these beautiful microgreens, and he made us salad packs—a mix of kale, arugula, nasturtiums, and more.”

“We carry them only on the weekends, but they’re a hit.”

Daniel Day-Lewis Rumored to Be Tapping Into Design, Stefano Pilati’s Next Move