Sports News! Calvin Klein Concept Is Going To The Superbowl 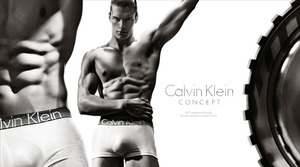 For the first time ever, Calvin Klein will be airing a thirty second spot during the Super Bowl on Sunday. (Quick refresher: That’s the game with the Beyoncé concert in the middle of it.) Fabien Baron directed the commercial starring hottie Matt Terry, which will air just before the end of the first quarter. Our friends at Calvin have sent us a fifteen second sneak peak of the ad highlighting the launch of their latest underwear offering for men’s. Do we have your attention now?

Look of The Daily: The Sisters Mara!