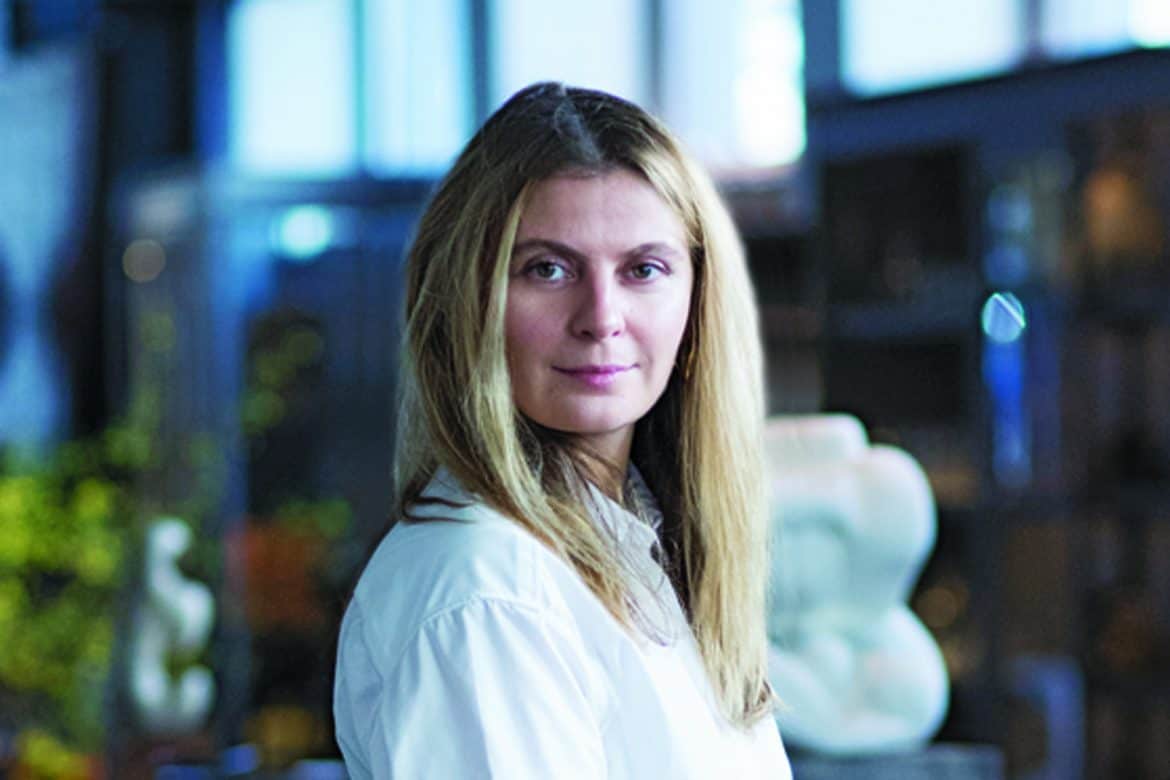 Sophie Roche Conti is quite a Renaissance fashion publicist. With experience in-house at Dior and YSL, a brief jump to editorial, and an impactful stint at Fashion GPS under her belt, she now helms Catherine Miran’s NYC office, strategically working with clients like Zadig & Voltaire and pioneering a novel approach to the PR game.

What’s your career backstory?
I’ve always kind of been in, out, and around fashion PR. I started just doing every possible PR internship in the world. My first PR internship was at Freud Communications, which was run by Sigmund Freud’s grandson. They had offices in London and New York, with proper entertainment publicists, like Matthew Hiltzik. He’s a corporate publicist — the damage control on a really high political and entertainment level. That was a great experience. Then I wanted to mix in more of a creative element, so I interned at Company Agenda with [CEO] Gina Nanni. After that, I was at Giuseppe Zanotti, then I went to YSL. I grew up between Paris and Greenwich, Connecticut, so I knew that — especially after having been at YSL — having an experience in Paris was quintessential. Especially when working for a French house, there’s nothing like the HQ; you’re getting only a fraction of things when you’re in a subsidiary office.

How did you make your way to Paris?
I took a leave of absence from my university and went to work for Dior in Paris, in the communications department, for about a year. I was overseeing all international requests, shows, some VIP stuff. At the time, [John] Galliano was there [as creative director], and Galliano’s long-term boyfriend, Alexis Roche — another Roche! — was on the VIP team, and we developed a great relationship. That was a game changer: PR connected to everything else, to the studio, to marketing, to the overall global strategy of the brand. It was all being determined right there in that office, between those four walls. In proximity to all those resources, I figured, “This is the way to do in-house [PR].” While I was at Dior, I met the founder of Fashion GPS [Eddie Mullon]. Because I was the only one who spoke English fluently, in a native way, it was my responsibility to understand and oversee everything Fashion GPS–related. Plus, I was digitally savvy, which put me in a prime position to oversee that. It was a pretty massive undertaking, but it was incredibly fulfilling to watch this old house digitize and rejuvenate through new tools that are second nature in New York.

Where did you go post-Dior?
I realized that to be a good PR, you have to know the editorial side, or have familiarity with it; to be a bit creative. You kind of have to be an editor. I truly felt that. So I went back to New York, and I worked at Harper’s Bazaar as a freelance fashion assistant there. That was a fantastic experience. It was interesting, I was probably the only person who ended up going back to the PR side. But fundamentally, I think you have to look at where your strengths lie: visual, verbal, or written. 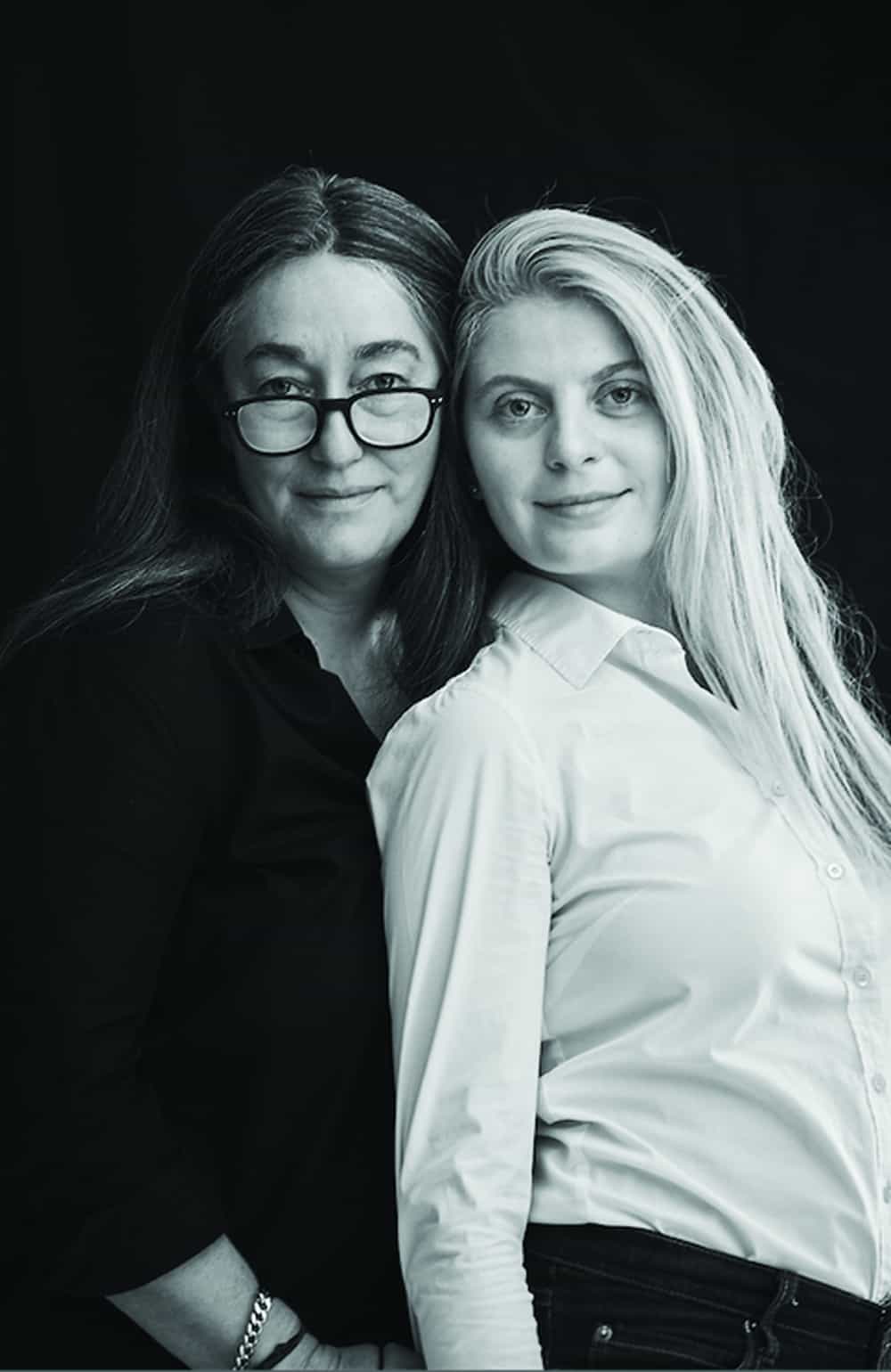 How did Bazaar help you figure out your strengths?
I knew that as much as I liked clothes and the edit side, I was a better people person — a better communicator than an editor or stylist. So it felt like the most natural thing, to pair entrepreneurship with communications. Eddie Mullon of Fashion GPS poached me to run essentially all of Europe for the company. I oversaw operations, learning every little technical thing about this app. Compared to every other workflow tool, what’s so special about Fashion GPS is it’s almost friendly: People can be resistant to technology, but when they feel it really understands them, there’s a connection. It was really about bridging the gap between PRs, editors, and this platform. It was amazing to watch a company go from four employees to 50 employees. After four years there, being a founding employee and really learning everything about how to run and operate a business, I decided to go back into my primary passion: Fashion. I needed to nurture my aesthetic side.

Where did you head next?
It was kind of a perfect pairing when I was approached by Catherine [Miran]. We talked about opening this office for about two years before we actually did it, and we really considered every possible angle: What type of office? Why us — why not all the other agencies? What are we offering? What’s our signature? We had a deep and healthy connection, the two of us, and it was a pleasure brainstorming. For Catherine, it’s always been a dream of hers to open an office in New York, and I think we found real partners in each other. It’s been beyond fulfilling.

So, what is the firm’s signature?
People have described the PR we do as more personal relations than public relations. We’re particularly good at accompanying a brand in a really 360-degree way. We’re truly partners with our brands: We’ve had clients with us for more than 20 years. That enables us to spend more time with our brands, rather than running around looking for more clients. Having that level of  trust is earned, but it’s also required. Our approach is tailor-made PR strategies around a handful of clients that we have exceptional relationships with. So when we look at any brand, we write the story: Here’s the picture of where we are, here is what we could do; here’s the “family” of editors, influencers — when I say influencers, I mean even thought influencers, artists, activists, obviously actresses, singers, whoever they might need, kind of hand-picking the people who make the most sense for the brand.

How do you write that story for a brand?
Instead of fabricating something out of nothing, we look at the natural assets of each brand and think about how to amplify them. Because the fashion industry’s bigger than ever — it’s like the third pillar of media, with film, music, and fashion, so it’s not just, “You’re a fashion person or you’re not” — it’s like, what school within the [fashion] industry do you pertain to? It’s a lot of minutiae; that’s where the pleasure comes from. We almost spend more time with our clients than we do with editors, because it’s better to do less, and to do better. What the agency has consistently done over the past 35 years, we’ve acted thoughtfully. That’s how you stay in business that long; you don’t succumb to certain pressures, you take the time to understand the relevance. Is this something the brand should be doing? Is it not? New York is so fast-paced, having the Parisian leg of our agency is helpful because it helps us keep perspective. The New York office brings all the new — the second there’s a new Instagram feature, we’re obviously at the Instagram offices, talking to Eva [Chen]’s team, understanding all that, and then we report back to our Paris office. 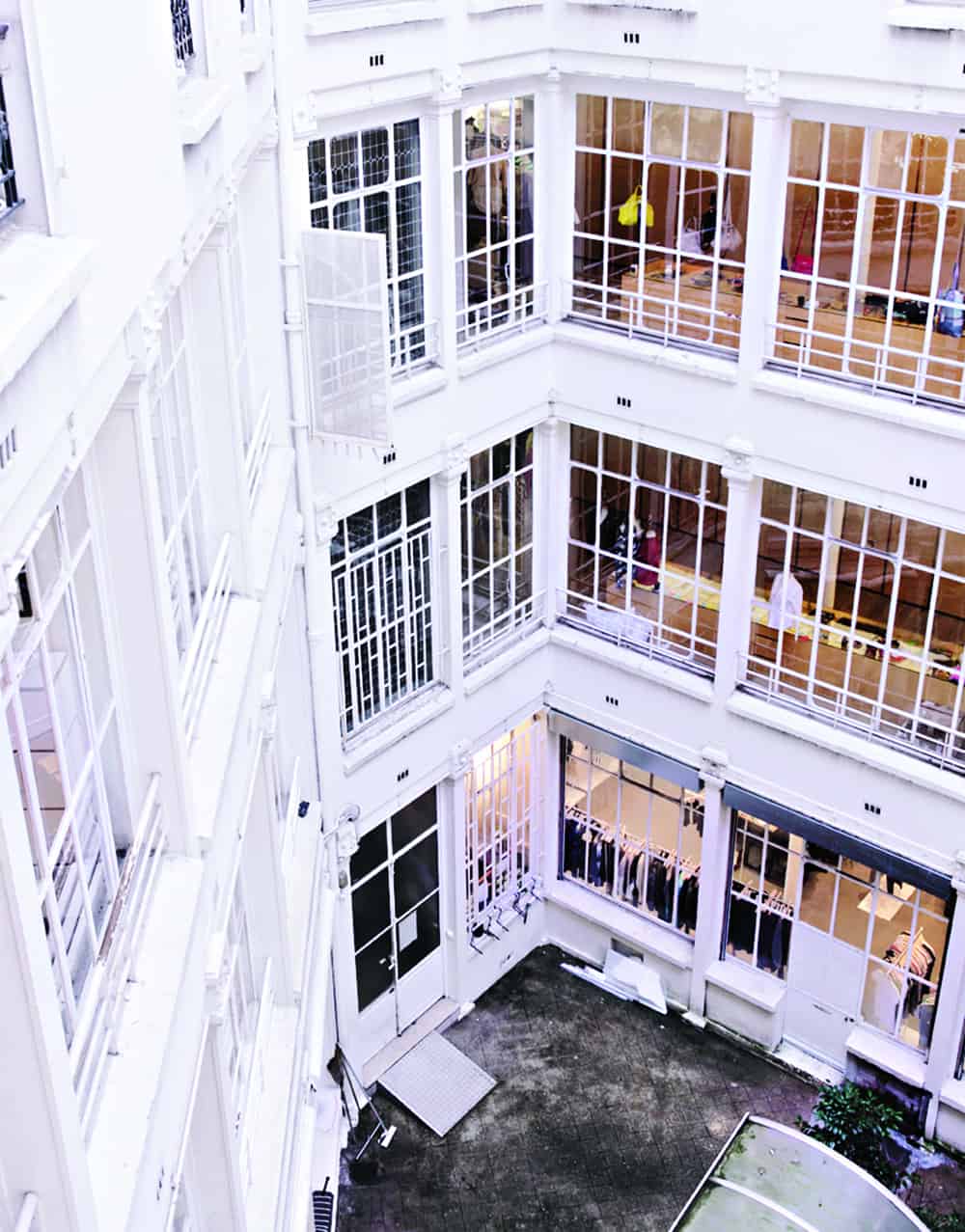 Tell us about Catherine. What’s she like? You’re lighting up already.
She’s truly the best person I know. No, really! There’s so much trust there, and it’s the most empowering thing for everyone. Obviously for myself as her partner, but for everyone on the team. She’s truly the mother of the agency. She moved to Paris when she was 16 or 17, opened the agency at age 18, and started with Isabel Marant, who at the time was a jewelry designer. They pretty much built [Marant’s] business together, and worked together for almost 20 years. Catherine brought her to a point where she was ready to fly, you know? Ready for a massive show, big production, you know, international distribution, growth… Actually, I think that Isabel’s growth is what inspired Catherine. It gave legitimacy to us, to open a New York office, because ultimately when you find partners as a brand, it takes a while. There’s also a lot of day-to-day interaction with clients, and that’s important to consider. For whom will you work late into the night? Who do you want to call you on a Sunday at 2 p.m.? That personal part is incredibly important.

Who were some of your first clients in the NYC office when it opened in 2015?
Zadig & Voltaire came on as a client at the exact same time they decided to move their fashion show to New York. So, alongside the move of the fashion show came the growth of their own offices and expansive growth of their retail. The U.S. became a true second office to their office in Paris. That partnership was impactful in terms of the direction of the company as a whole; we got to witness a lot of changes. We also work with Vilebrequin on special projects, and we work with Morgan Lane, who is a CFDA/Vogue Fashion Fund finalist. She’s absolutely fantastic; she does a gorgeous swim, pajama, and lingerie brand. We work with Neuw, which is a cool, new cult denim brand, and we also work with Foo and Foo, a new streetwear brand designed by Elizabeth Hilfiger.

Lots of PR companies don’t make things personal…
It’s all personal! If you’re sitting with the designer, it’s personal to them. Obviously it’s important to remove emotion from certain situations that don’t need an emotional, crazy bitch, but we work in an aesthetic, creative industry; if it’s not emotional, then you’re X-brand with ad budgets up the wazoo, and it doesn’t matter if you’re emotional or not.

What do you think it’s fair for a designer to expect from a PR firm these days?
We’re not magicians. You have to progress together. Obviously, it’s important to set expectations and write a wish list of things, but we work hand-in-hand. One thing that we’re particularly great at is creating stories. We put together a collaboration between Zadig & Voltaire and Annelise Michelson, who’s a client of ours. Creating press drivers — not just press drivers, attention drivers — obviously help define both brands’ worlds. I think co-branding and partnerships have become an essential pillar. It’s obviously more and more difficult to get print features; I think panels, events, and podcasts have really taken the place of print features in a lot of ways.

It seems like you genuinely love your job.
I wouldn’t change a thing!

13 Years Later, Kelly Gray Opens Up About What Went Down at St. John