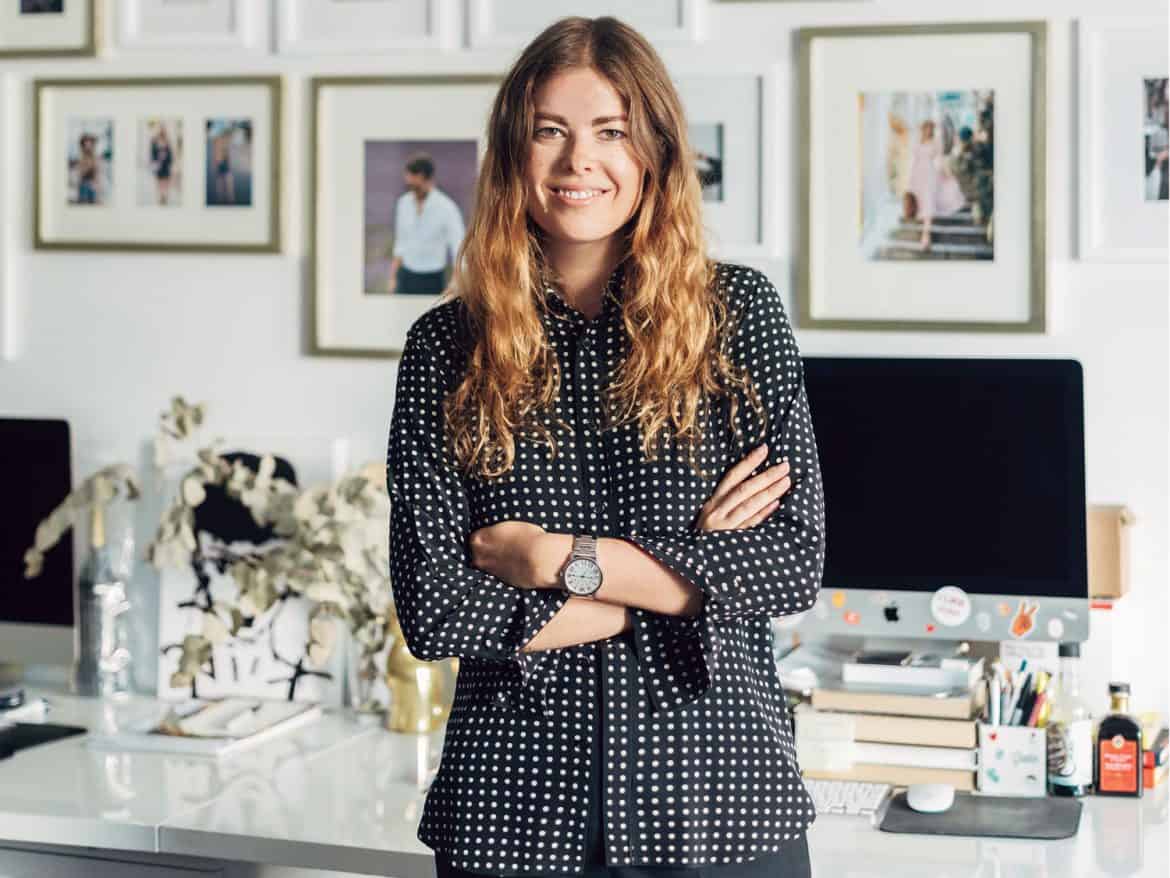 Beca Alexander, founder and president of influencer agency Socialyte, has had quite the journey since immigrating from Ukraine to the U.S. at age 8, to put it mildly. The perpetual, sometimes accidental early adopter shares her unusual career path and frankest thoughts on influencer culture.

How did you enter the fashion industry?
I worked for my sister, an incredible custom designer, seamstress, and tailor, then went to Parsons for a fashion design degree. I quickly realized I don’t have [design] talent; I also hate sewing, so I enrolled in Parsons’ business program. There, I met someone who’d recently launched a blog—14, 15 years ago, when no one was blogging—and worked in nightlife. I became a club kid, studying during the day and going out at night, during the glory days of clubbing in New York. Butter was cool; there was a Tuesday night party at the Soho Grand. We started featuring people at these parties on the blog—younger people in the fashion industry—the off-duty models, the Alexander Wangs before he was Alexander Wang, and asking them for interviews. That became the Fashion Indie blog, basically.

How did Fashion Indie grow from there?
In about two years, we reached 5 million monthly views on the blog. I wrote my senior thesis on building a digital media empire, then used the thesis to raise money, to open an office, and hire writers. We had 23 writers on staff and 150 contributors worldwide. We burned through investment really quickly. I remember calling my dad for pizza money to feed our writers. He told me he brought me to America, and I had to figure out what I was doing with my life. So I actually applied for food stamps, waited for four hours at the office, told them my story about immigrating here, that I was a student, had no money, and couldn’t get a job because I was in school. They gave $120 a month for food—I’d buy rotisserie chickens at the grocery store, pull them apart, and make these disgusting casseroles for our employees with Velveeta mac and cheese, hot sauce, and pulled chicken. I felt awful. Then, a Canadian media company e-mailed to buy Fashion Indie, for the most money I’d ever seen. In hindsight, it was absolutely nothing.

After selling Fashion Indie, you worked in corporate social media strategy. How was Socialyte born?
No one realized I wasn’t the EIC of Fashion Indie, so I kept getting press releases and invites to events like Louis Vuitton store openings and Gucci parties. I’d go to these events, telling everybody I wasn’t involved in Fashion Indie anymore, but if anyone had a project, I had free time. I was introduced to a blogger who had a full-time job but started gaining recognition, and brands started e-mailing for her media kit and sponsored media rates. I was like, “I know how to do that!” The first campaign I negotiated was $50; I took 10 percent. I saw it as coffee money. I quickly became known as the fairy blog mother. A brand had heard I was the fairy blog mother and needed consulting advice on who to work with, content strategy, and social channels to use. I went to my boss the next day to ask if there was a possibility of me growing in their corporate structure, and was told the chances were slim. I gave my two weeks notice, and started helping brands understand bloggers, and negotiated deals for my blogger friends—bringing the two parties together. I started making money quicker than I realized. Eight months in, I filed paperwork for Socialyte.

Any thoughts on the state of influencers and bloggers today?
The era of the selfie has really moved society forward. It’s given the younger generation confidence. To take a close-up photo of your own face and broadcast it to the world? We didn’t have that growing up. We just looked at celebrities and models, unattainable people we could never be. Unfortunately, there’s very much a dark, negative side people don’t talk about. This industry has become about consumerism, and pushing product for money. Everything has become overedited, oversaturated, highly glossy. We have created FOMO [Fear of Missing Out]; this sense of, “I’m not good enough because I’m not living this perfect life.” That very much scares me for the next generation, as someone partially at fault for creating this. Also, what do they plan to do moving forward? What tangible skills have they learned along the way if this all goes to s**t, or you decide you don’t want to do this anymore? Hopefully your skill set is past “I know how to take pretty photos of myself with a pretty sunset in Tulum.”

Where do you see the industry going?
More influencers are going to find ways to launch products, especially after seeing the success Arielle Charnas [of Something Navy] has had with Nordstrom and her own line. In the same way all influencers start to look the same, influencer product lines will look similar to one another. I also think more influencers will break away from the content they’re creating, as they get older, buy property, become parents, and start living more 360-degree lives. I also think influencers are going to drop off more; I’ve seen a lot of people write their last posts, saying, “This is not why I got into this. I don’t like the world this is now. I don’t like what I have become in this world.“

What might your next chapter look like?
I work with a lot of animal charities, and I want to save all the dogs. My goal in life is to quit all this, move upstate, and open a dog sanctuary. Any day now!

This Is, Hands Down, the Best Accessory at London Fashion Week