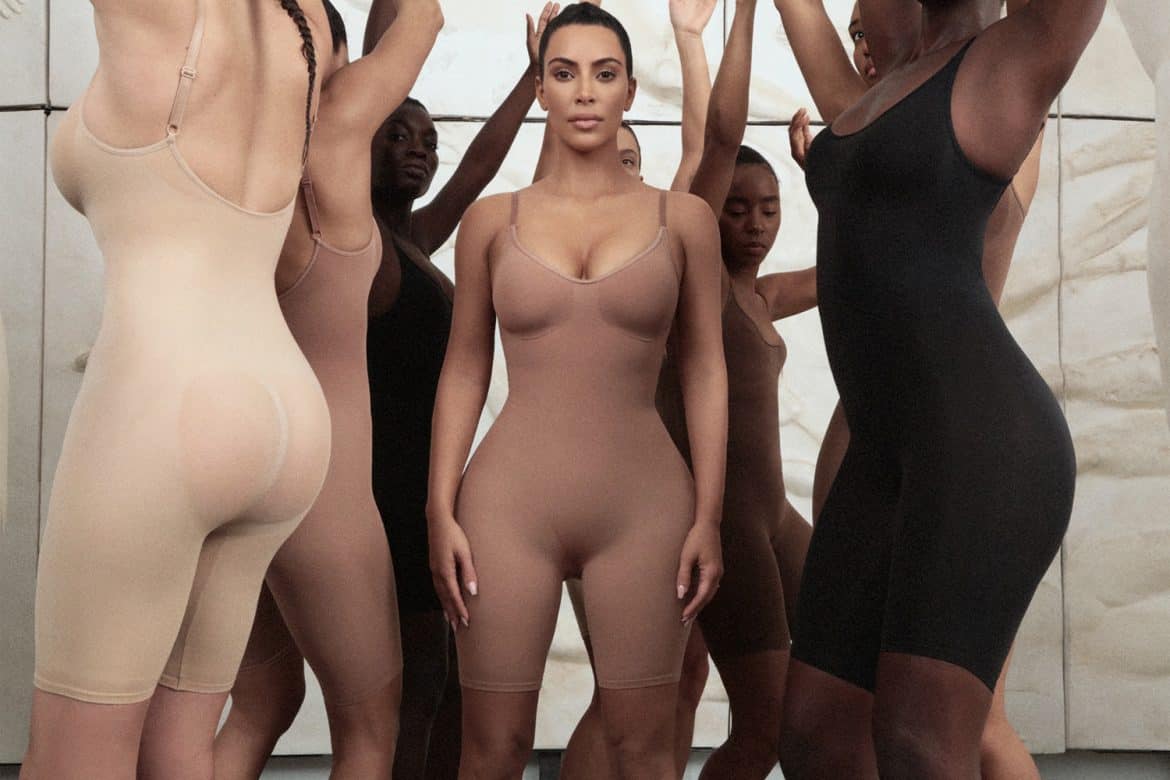 Talk about a performance brand so comfortable, even Olympians are dying to get their hands on it! Kim Kardashian’s Skims underwear-loungewear-shapewear empire has confirmed itself as the official provider of undergarments and pajamas for Team USA at the 2021 Tokyo Olympics and Paralympics. As for the designs, the brand debuted an assortment of bralettes, t-shirts, briefs, tank tops, leggings, socks, and more—each of which flaunt a United States flag emblem and Olympic rings. To model the offering, Kardashian tapped Olympic athletes Alex Morgan, Scout Bassett, Haley Anderson, A’ja Wilson, and Dalilah Muhammad. The momentous deal has been a full-circle moment for Kardashian, who grew up watching stepdad and gold medal-winning decathlete Caitlyn Jenner (formerly Bruce Jenner). The best news? Fans can currently sign up for early access to purchase pieces for themselves on brand’s site. Now, that’s what we call team spirit!

Cardi B is expecting baby No. 2!

Cardi B is expecting baby #2 with her Migos rapper husband Offset! The star performer revealed the news last night at the BET Awards, for which she dressed in a rhinestone-adorned black bodysuit with a mesh cutout detailing that drew eyes to her growing bump. The couple, who secretly married in 2017, already have two-year-old daughter, Kulture Kiari, at home. In another reveal, Cardi took to Instagram to share a nude photo of her and her bump covered in a white plaster cast. Congrats, mama!

Sustainability maven  Stella McCartney has debuted yet another fetching offering, aptly “Stellawear”—a collection that joins lingerie and swim that’s perfect for a day at the beach or underneath a garden party frock. For her latest eco-friendly drop, McCartney wanted something functional, sculpting, versatile, and 100% sustainable. To achieve the latter, she, alongside Italian manufacturer ISA, utilized hero material Econyl—a fabric composed of ocean waste like plastic and fishing nets. The brand has been using Econyl since 2017, and has prevented an estimated 10 tons of nylon from landfills as a result. As for the collection, bodysuits, briefs, and bandeaus with sleek cutouts and shaping flatteries are all for the taking. To ensure the pieces were safe for the sun, functional in the water, and comfortable for wearing, each piece flaunts a UV-tested, chlorine- and saltwater-resistant, breathable tag. The G7 Summit leader said future expansions of the offering, which retails from £95 pounds to £230, can also be expected. 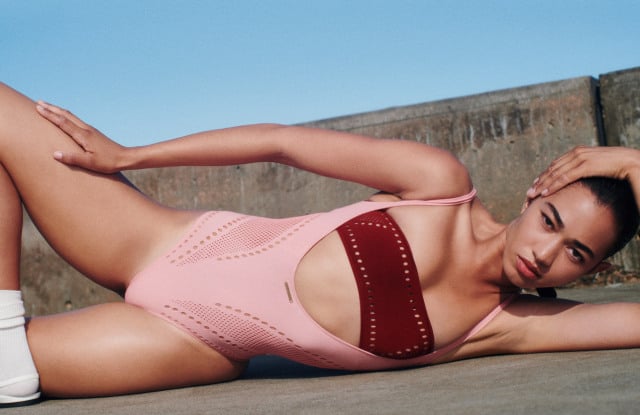 After five years of reviving the British label, Burberry CEO Marco Gobbetti is stepping down. The Italy-native—who has also worked with Céline, Givenchy, and Moschino—said his resignation was incited by his desire to return to his home country after nearly 20 years abroad, to be closer to his family. As for his next venture, Gobbetti will head to Salvatore Ferragamo for a chief executive position similar his Burberry role. During his tenure, Gobbetti was credited with the brand’s expansion into Asia, creative director Ricardo Tisci’s hire, and moving the brand up the luxury market ladder. Burberry chairman Gerry Murphy noted that Gobbetti “had a transformative impact and established a clearly-defined purpose and strategy, an outstanding team and strong brand momentum.” The Burberry team has announced it will begin searching for a successor. 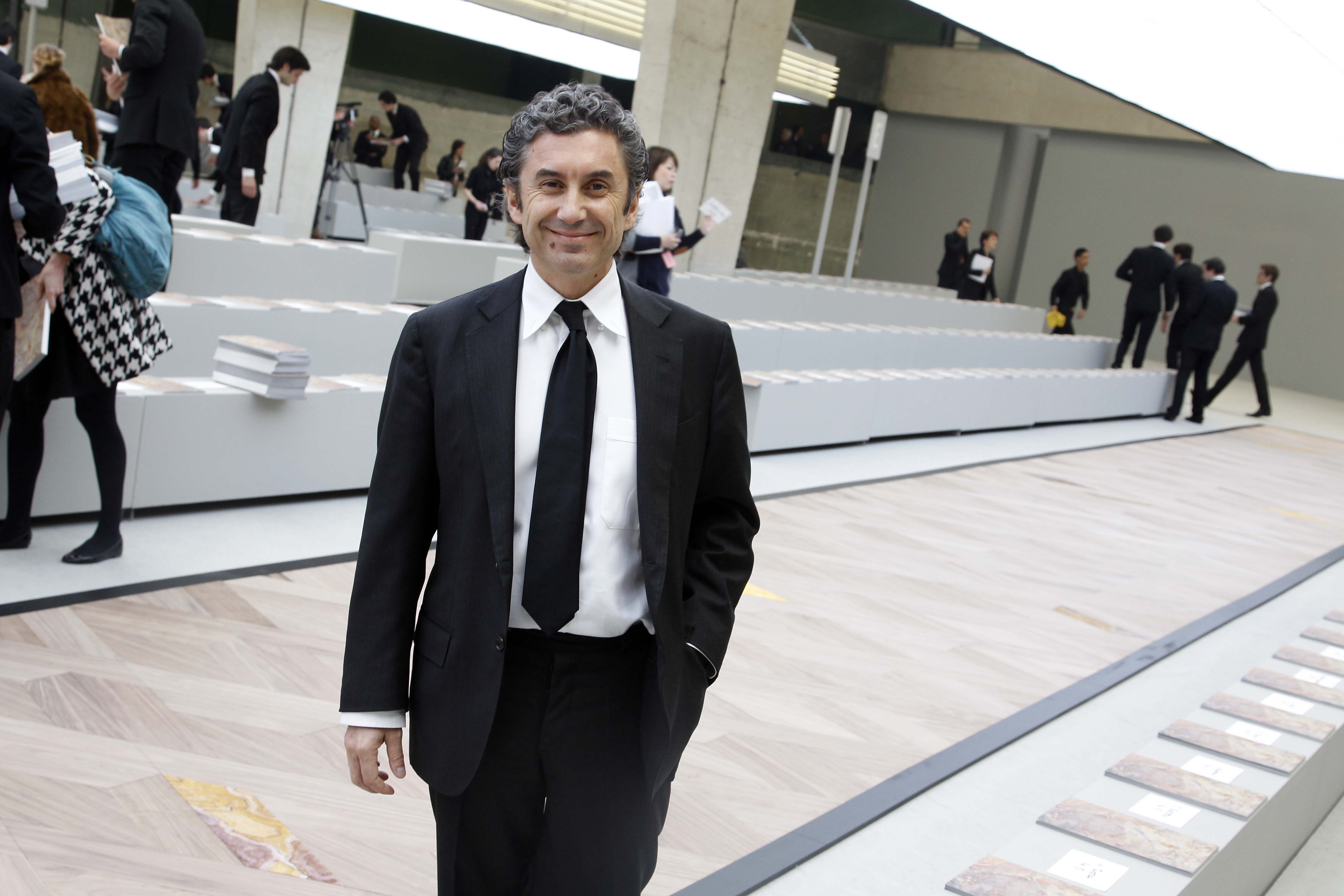 The Gvasalia brothers are switching things up with the launch of a forthcoming, currently unnamed brand. According to an exclusive video teased during Paris Fashion Week, the new brand—scheduled to debut July 22—will not mirror Vetements’ chill, edgy, anything-goes aesthetic, and will “speak to all genders” with its sartorial tailoring instead. This latest foray will come under the new Gvasalia Family Foundation: a project released in parallel with the launch that aims to provide mentoring, developmental, production, supply chain, and financial support for young talent. According to an official statement, the newcomer will be “a brand that wears something old, something new, something borrowed, and something blue”—whatever that means! To tease the brand even further, the brand launched a private Instagram and made a post on its original account about the launch of a “secret project” just weeks away.

There’s a chic new brand on the scene—and it comes to you from Isabel Wilkinson Schor, former editor at T Magazine. Attersee, a collection of women’s, men’s, and children’s pieces in languid, slightly nostalgic silhouettes in easy, breezy Italian linen and a linen/cotton herringbone cabana stripe in five colorways. There’s also accessories that scream what we all want right now: a seaside sojourn. Think: a beach blanket, a tote, a pouch, and a rope belt. The collection is available now direct to consumer via shopattersee.com. Prices range from $85 to $675.

When Virgil Abloh’s latest Spring Summer ’22 offering, “Amen Break,” took to the runway last Friday during Paris Men’s Fashion Week, there was a surprise addition to the show: a done-up collection of Nike Air Force 1 sneakers. The collaboration between Louis Vuitton and Nike might be new for the brand, but not for Abloh, whose relationship with the sneaker empire has already seen a successful collaboration with his Off-White label. The latest sneaker capsule was inspired by the cover of the “It Takes Two” album by Rob Base and DJ E-Z Rock, and its influence on hip-hop culture. The shoes are offered in 21 colorways and flaunting the signature Nike swoosh and a Louis Vuitton motif. In response to purchasing inquiries, the house responded to the heaps of excitement with an upsettingly ambiguous “Stay tuned for more details” statement. We’re sitting pretty!

The luxury group at the helm of proprietary brands Tod’s and Roger Vivier, among others, has continued with its pledge to restore the Colosseum to its historic architectural dignity. Tod’s Group has announced the completion of the project’s second phase: the restoration of the landmark’s hypogea, which accounts for the portion of the amphitheater underneath the arena. Now, with the revival of the structure’s lowest level, visitors can enter and walk through a newly erected walkway. The group’s involvement in the multi-phase project began in 2011, with the first phase—the restoration of the Northern and Southern facades—beginning in 2013 and the second in 2018. As for the remainder of the construction, points of focus will be on the galleries, the relocation of the service center, and the installation of technology throughout.

Peep Inside The Vuori Pop-up, Now Open In Bridgehampton