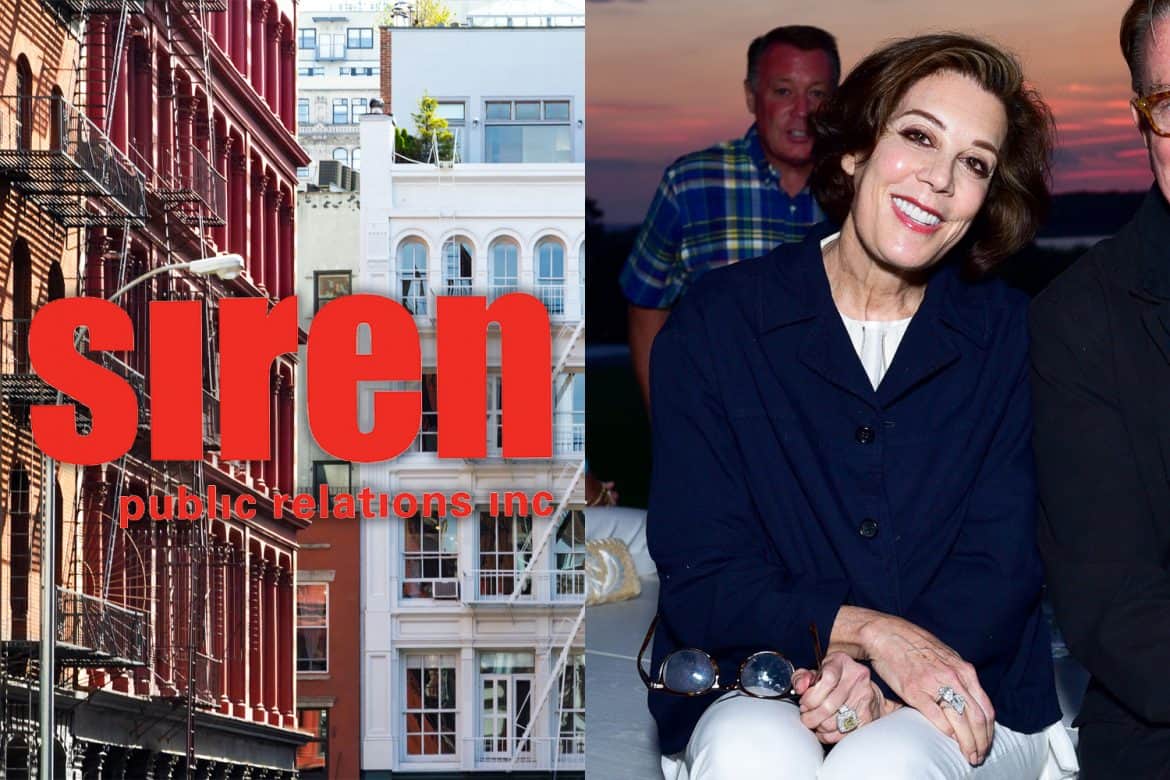 Siren PR Shuts Down
More turmoil in the PR industry: Siren is abruptly shuttering. Staff were informed via an email instructing them to pick up personal items and drop off all company property at the office by noon today. It is unclear how the company’s remaining clients were told, or if arrangements have been made for them to find new PR firms ahead of fashion week. 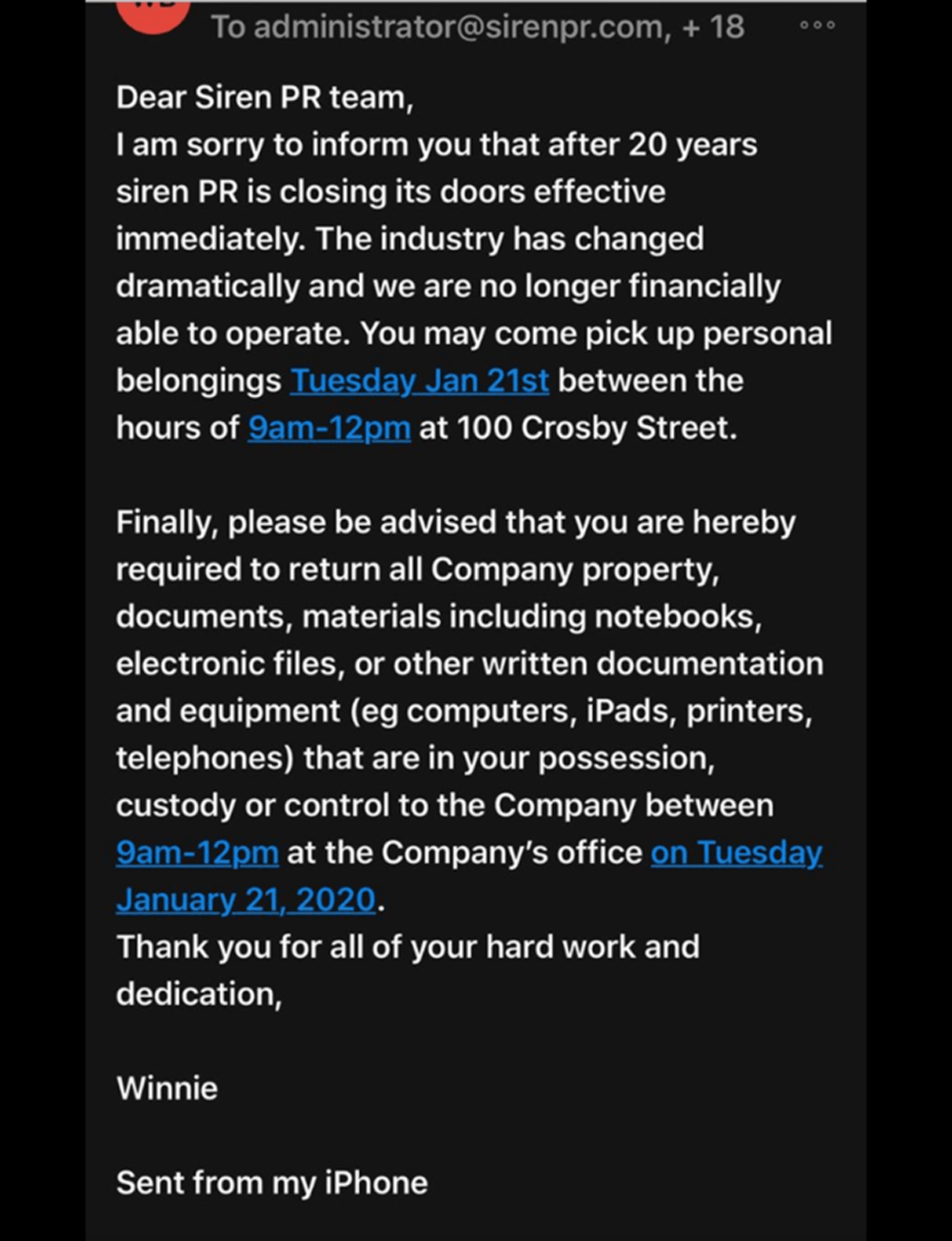 Peggy Siegal Blames Sexism and Anti-Semitism for Fallout Over Jeffrey Epstein (Vanity Fair)
In the wake of the Jeffrey Epstein scandal, Hollywood publicist Peggy Siegal’s career and company are on the brink of collapse; she’s laid off eight employees and is down to a single assistant. In an attempt to take control of the story and her life, Siegal participated in a lengthy profile for Vanity Fair in which she compares her plight to that of the Jews who died in the Holocaust, and says she has been “attacked for nothing more than being Jewish, or being a woman, or being at the wrong place at the wrong time.” Siegal says she never knew anything about the children and teens Epstein assaulted, despite giving multiple interviews over the years where she spoke glowingly about Epstein in articles that also referenced his past crimes and once telling The New York Times that “he said he’d served his time and assured me that he changed his ways.”

The Vanity Fair profile, which is definitely worth a read, is full of such contradictions and ill-conceived attempts to shift the blame away from herself, such as when she told the interviewer, “There was a whole group of guys that were bad boys, that had very bad reputations. They used to be called playboys. And my relationship with them was not about their social lives. I had a business to run. If they had legitimate social clout, and could make a difference and pass along a good word about these films, they were included in these events.” At one point she even seems to justify the actions of people like Epstein and her decision to work with them on the grounds that these things happened in a pre-#metoo world. “The times have changed so much, in the past five years, that [which] was normal bad behavior between genders is completely out of the realm of possibility today.” 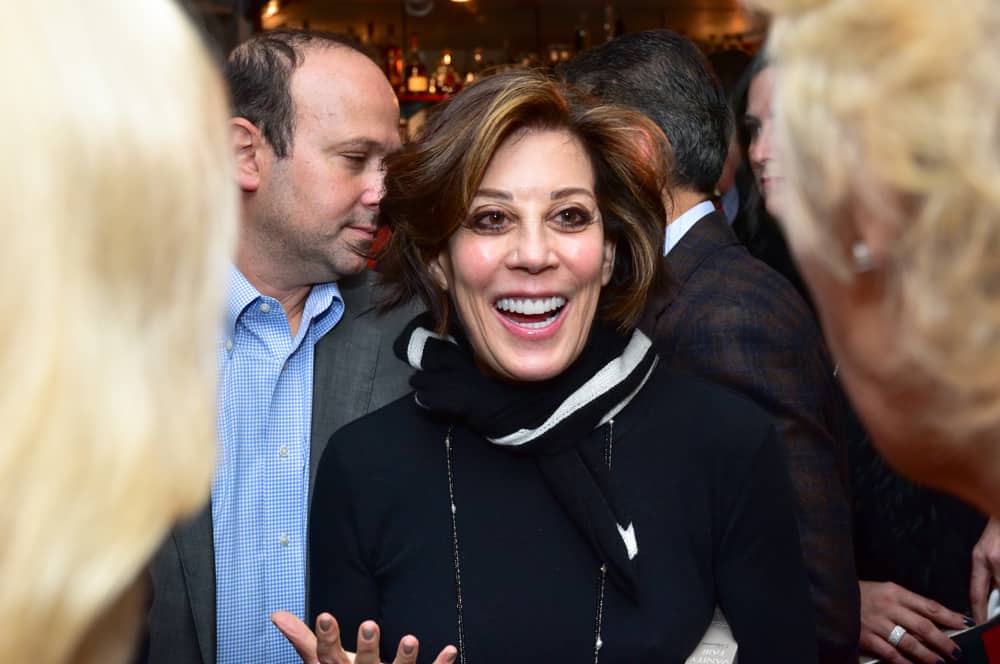 Feathers and Frills at Giambattista Valli Haute Couture
If anyone can pull off voluminous ballgowns, pastel color palettes, and ruffles — all hallmarks of über femininity — in 2019, and still look modern, it’s Giambattista Valli. The designer’s Spring 2020 couture collection featured enough feathers, frills, embroidering, and tulle trains to spark a joyous amount of drama. Our notion of couture (that it is fashion’s most glamorous arm, full of over-the-top evening wear) is often at odds with the pared-down looks many houses have put forth over recently. Thankfully, in Valli’s case, our dreams match up with his reality. 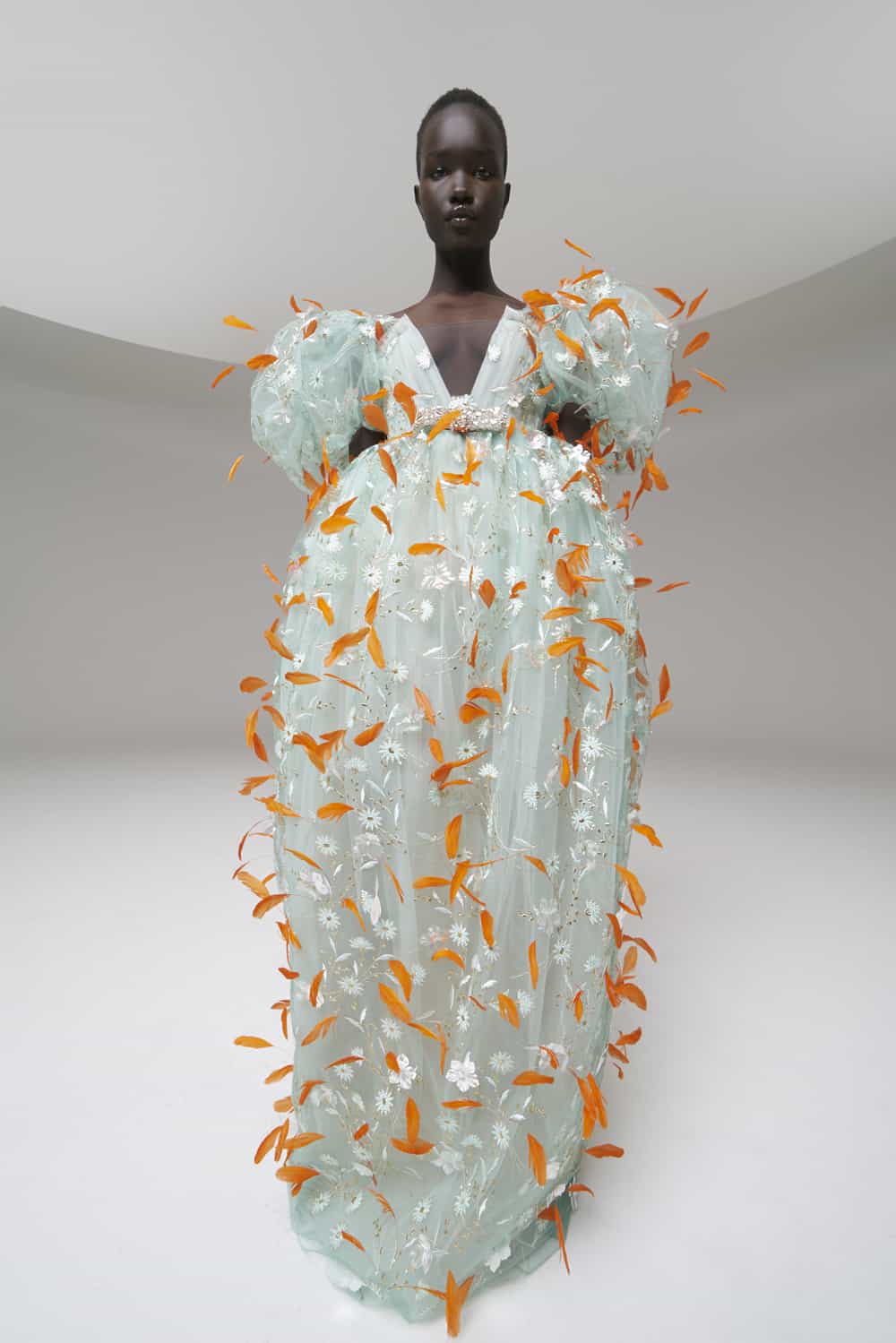 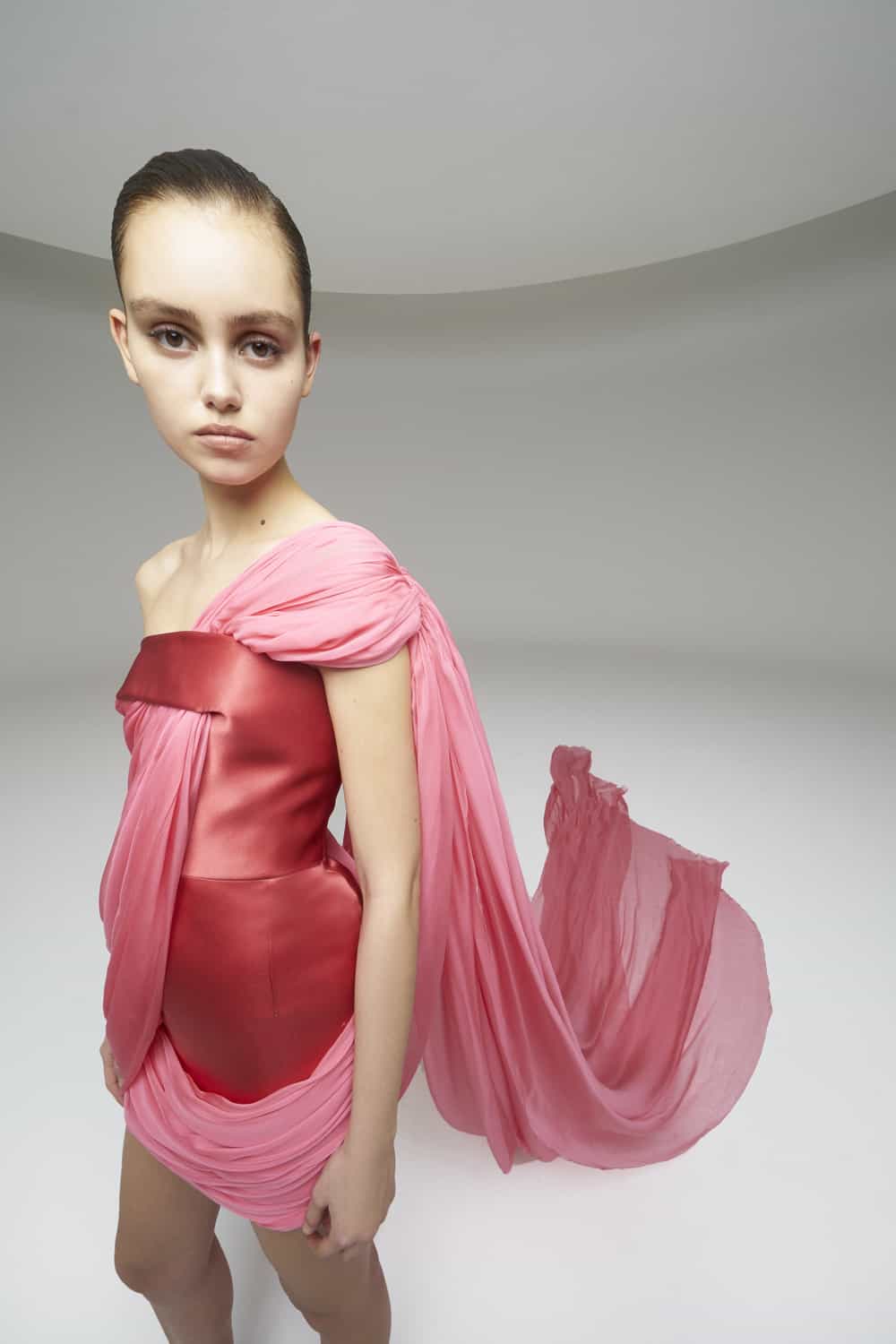 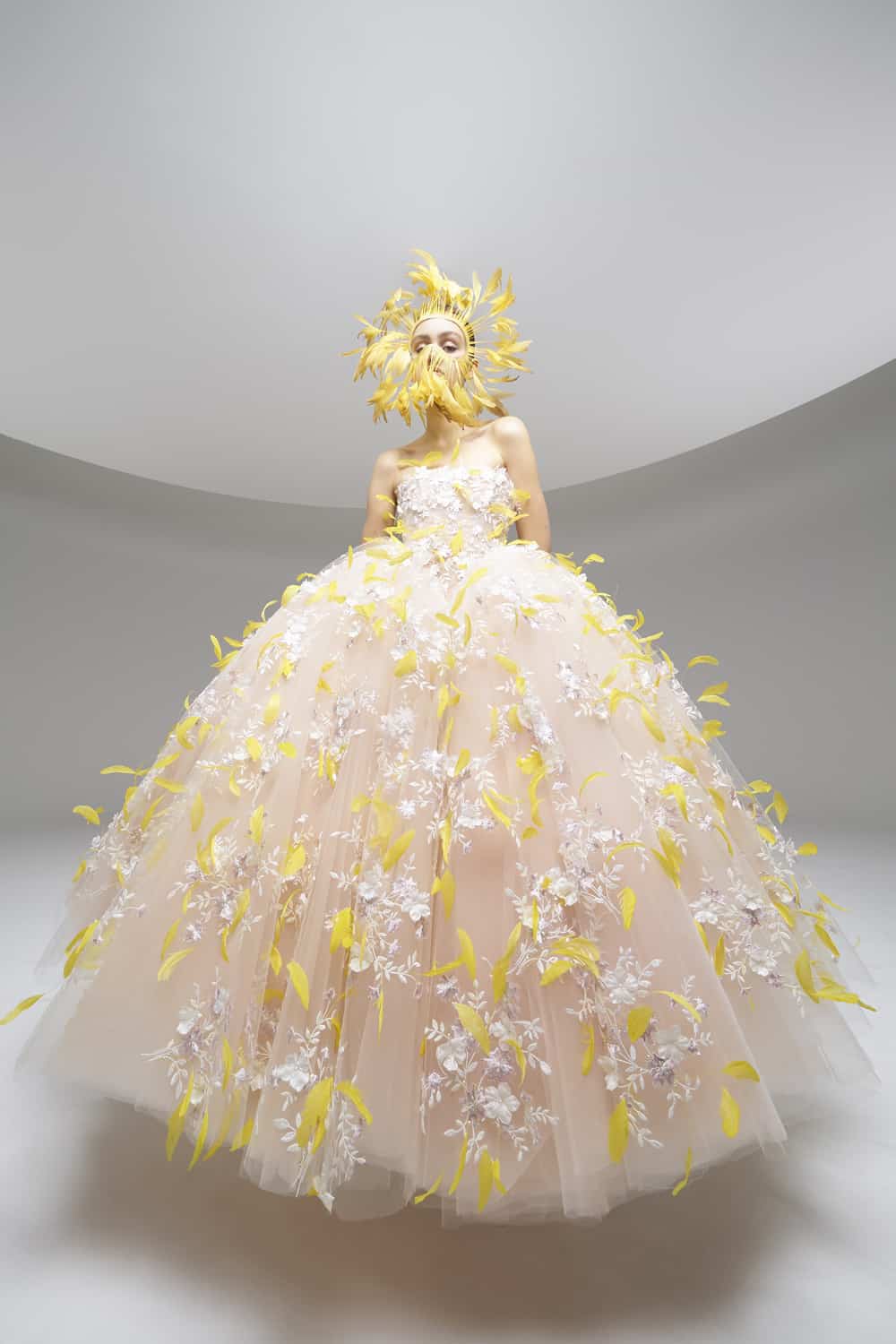 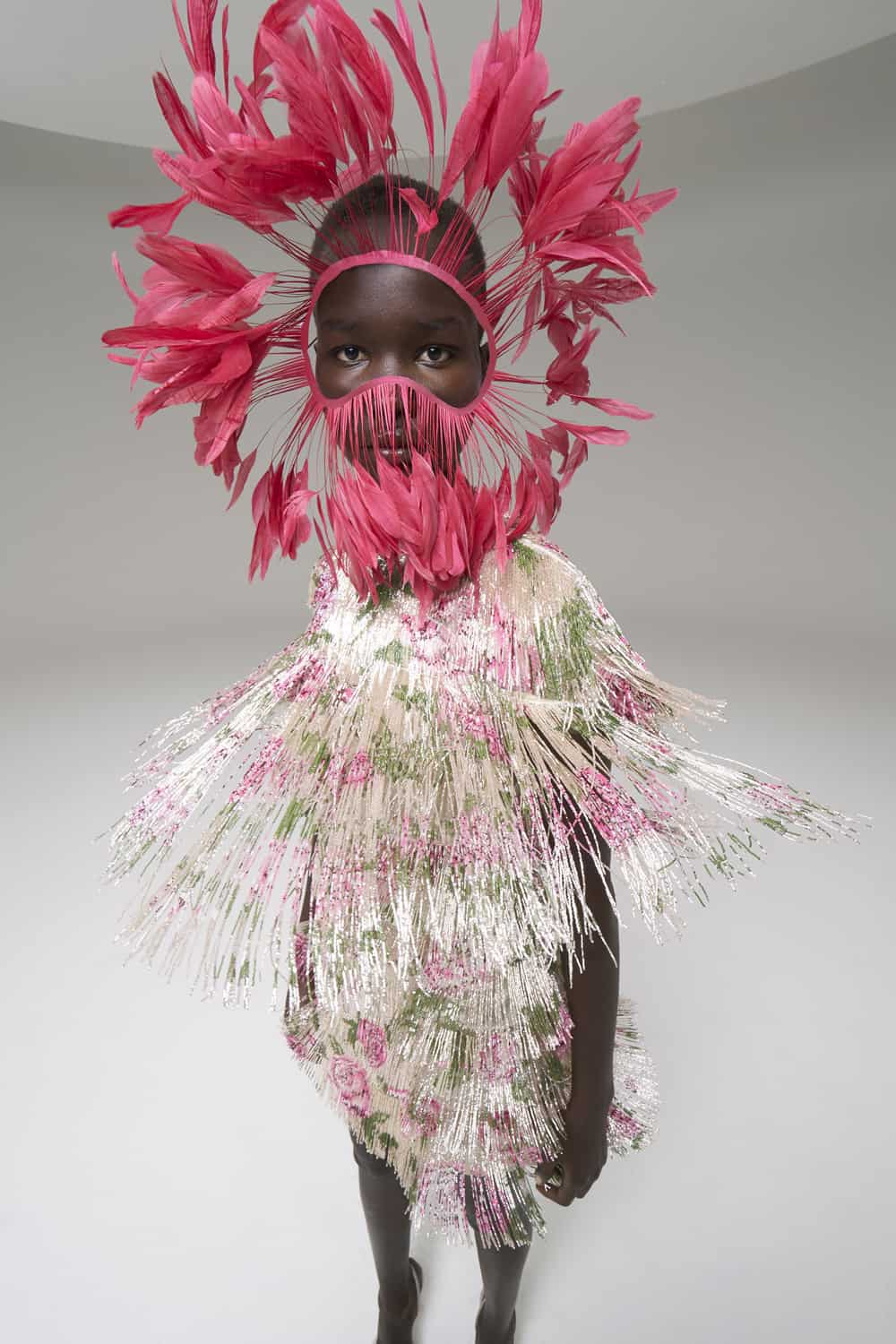 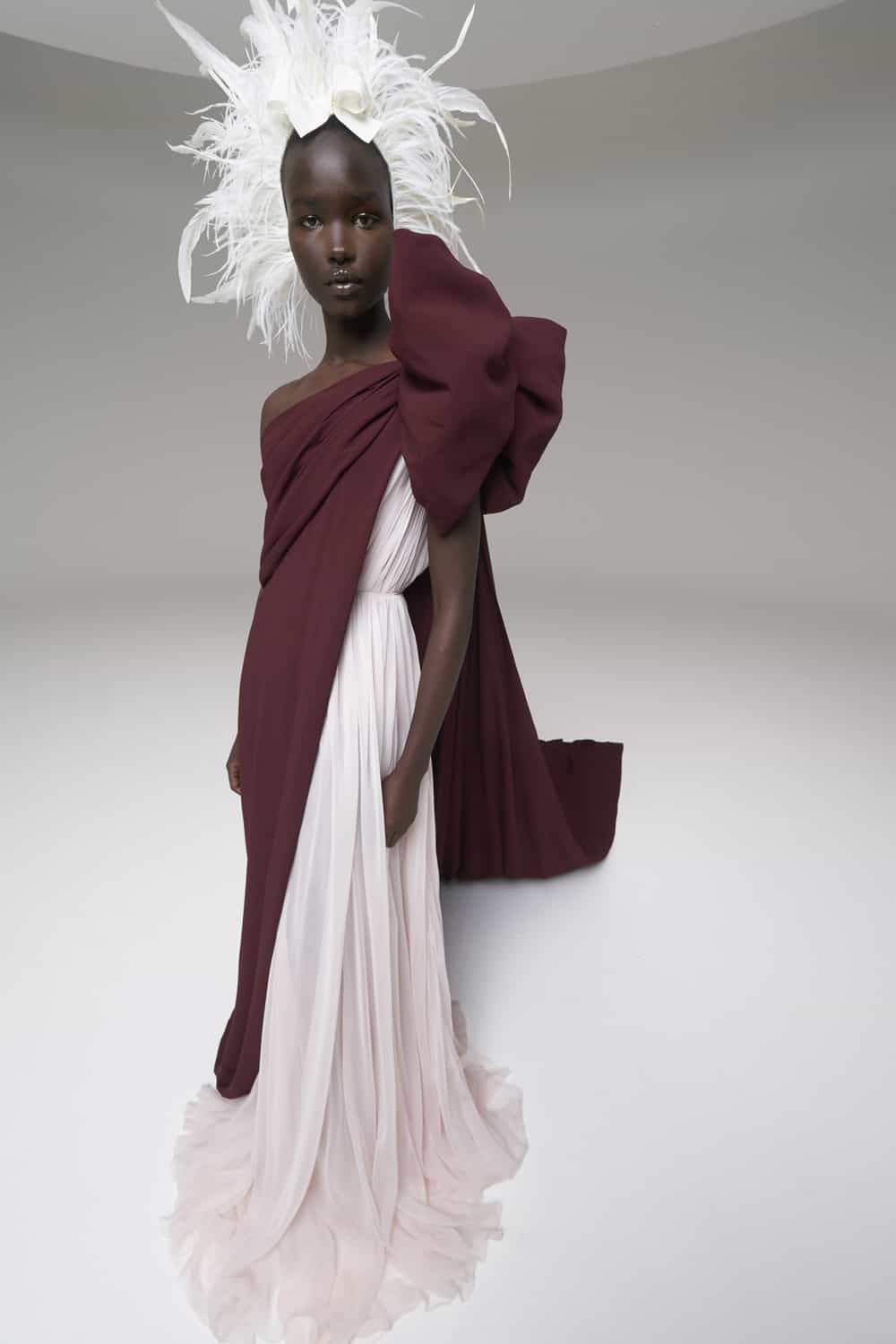 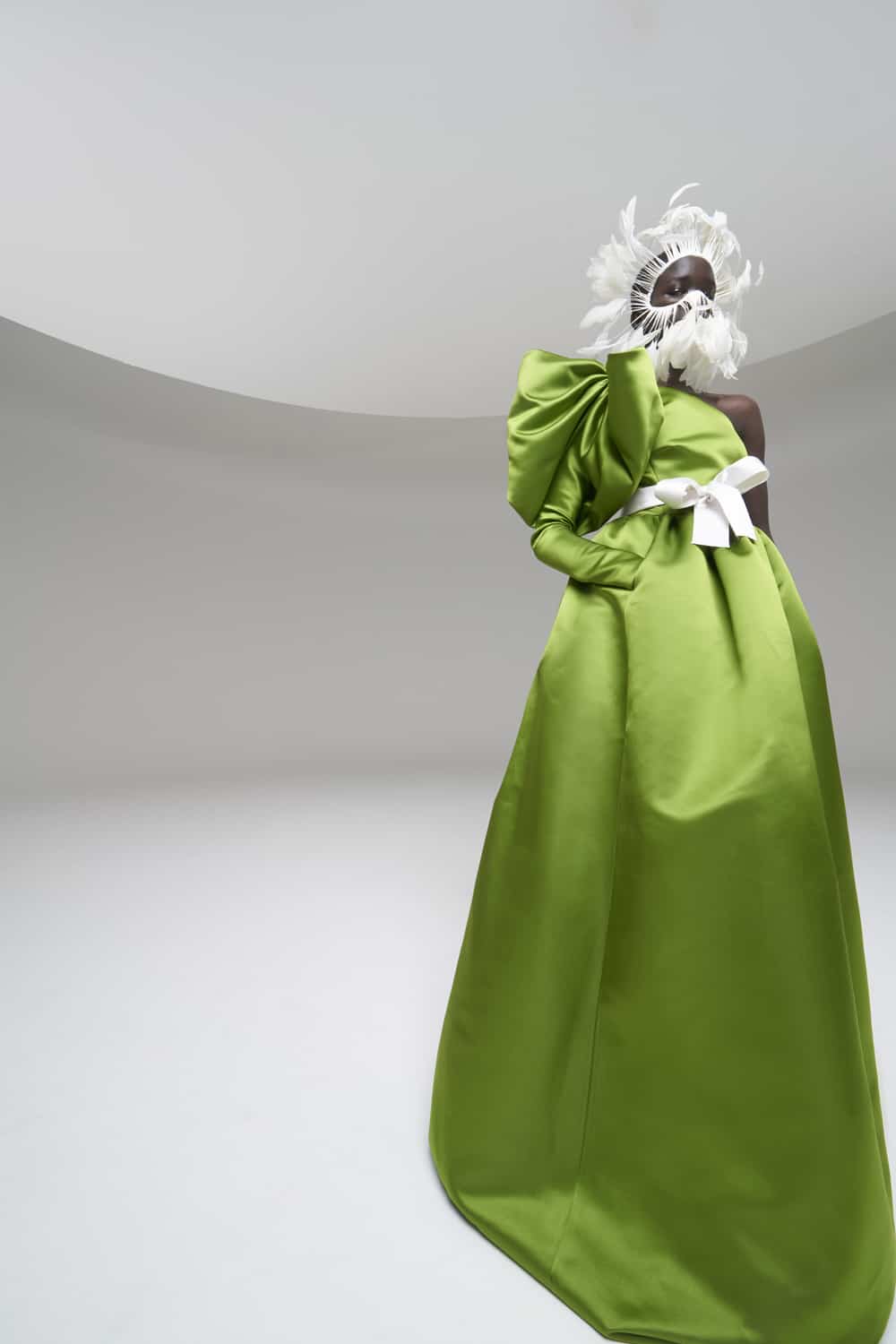 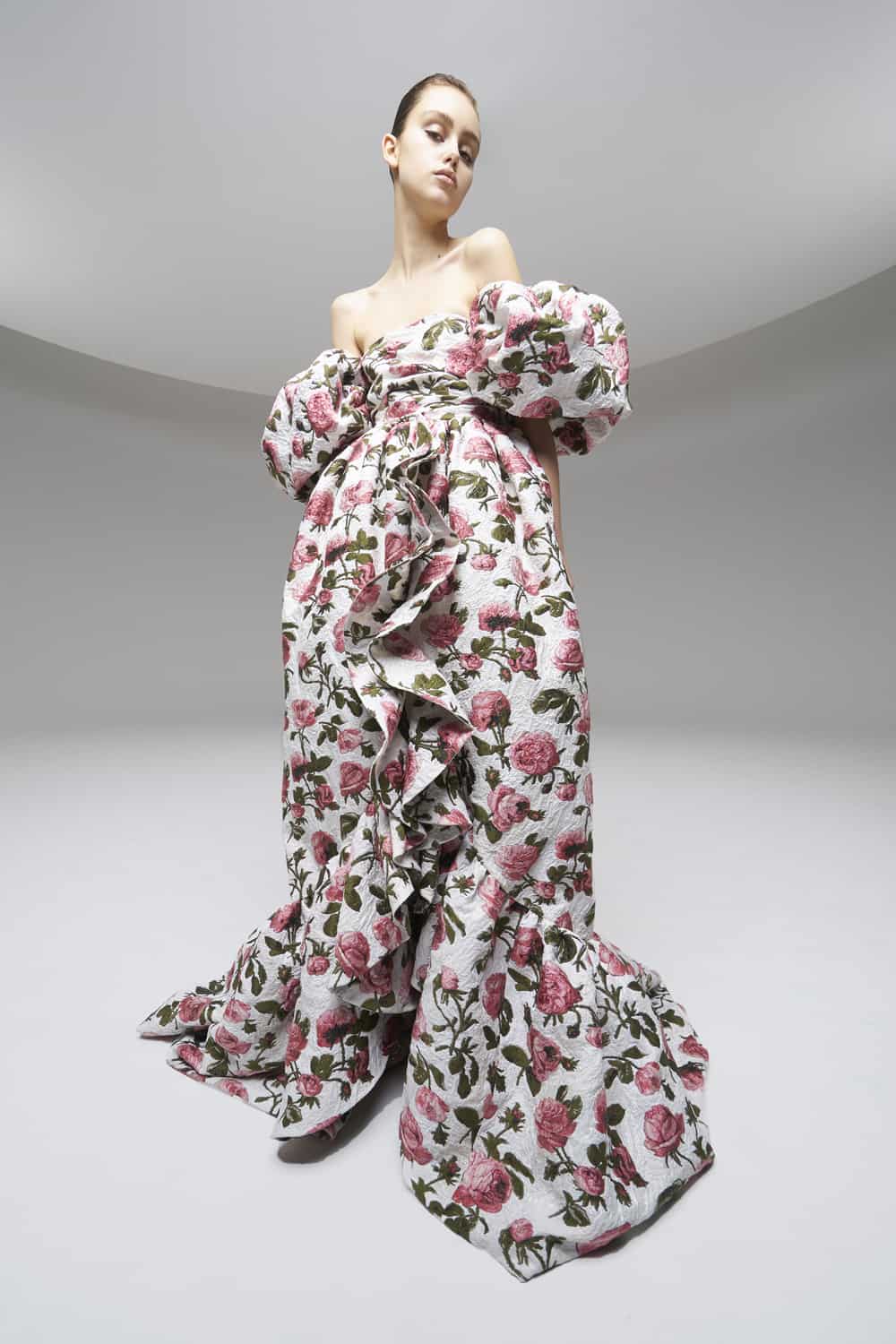 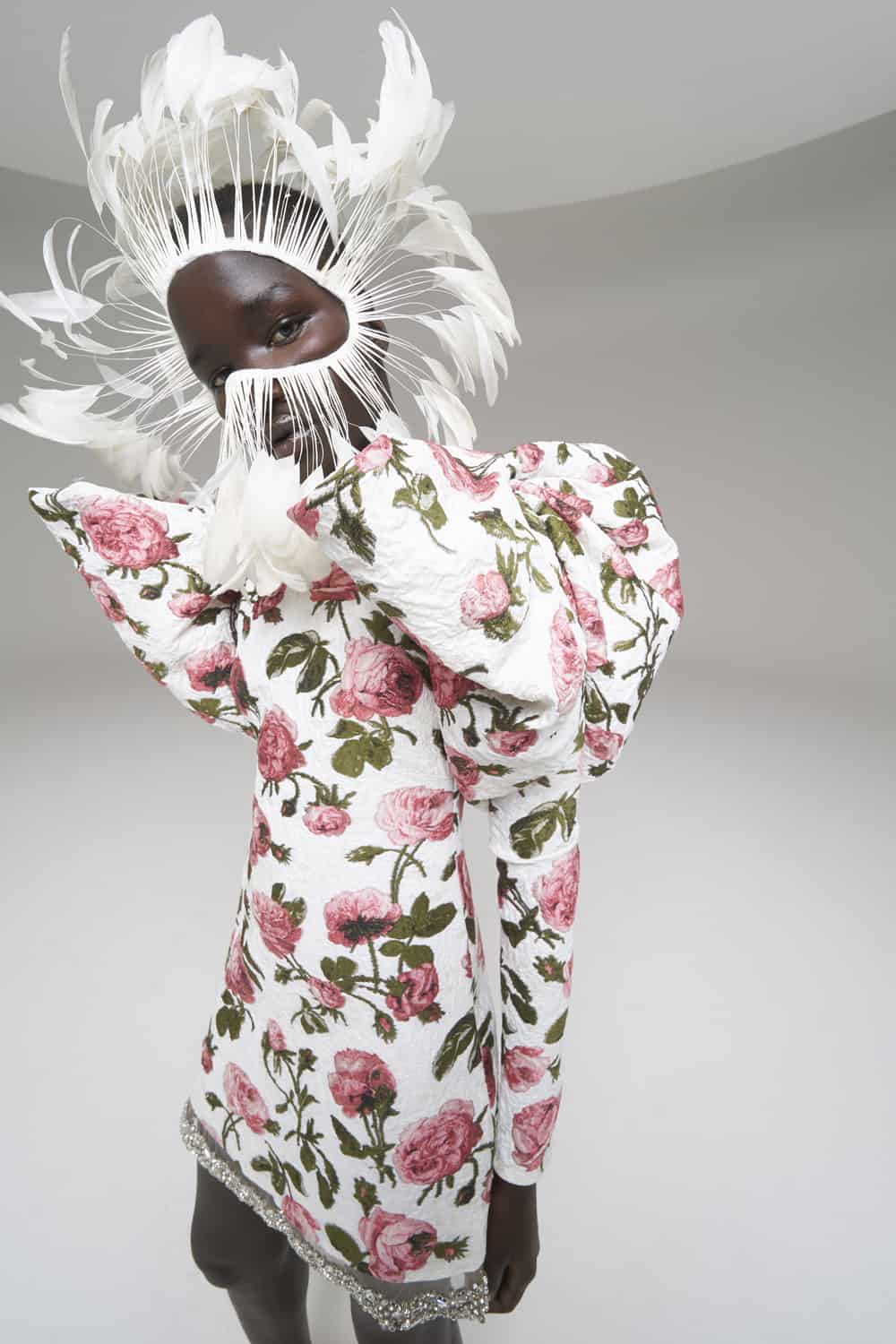 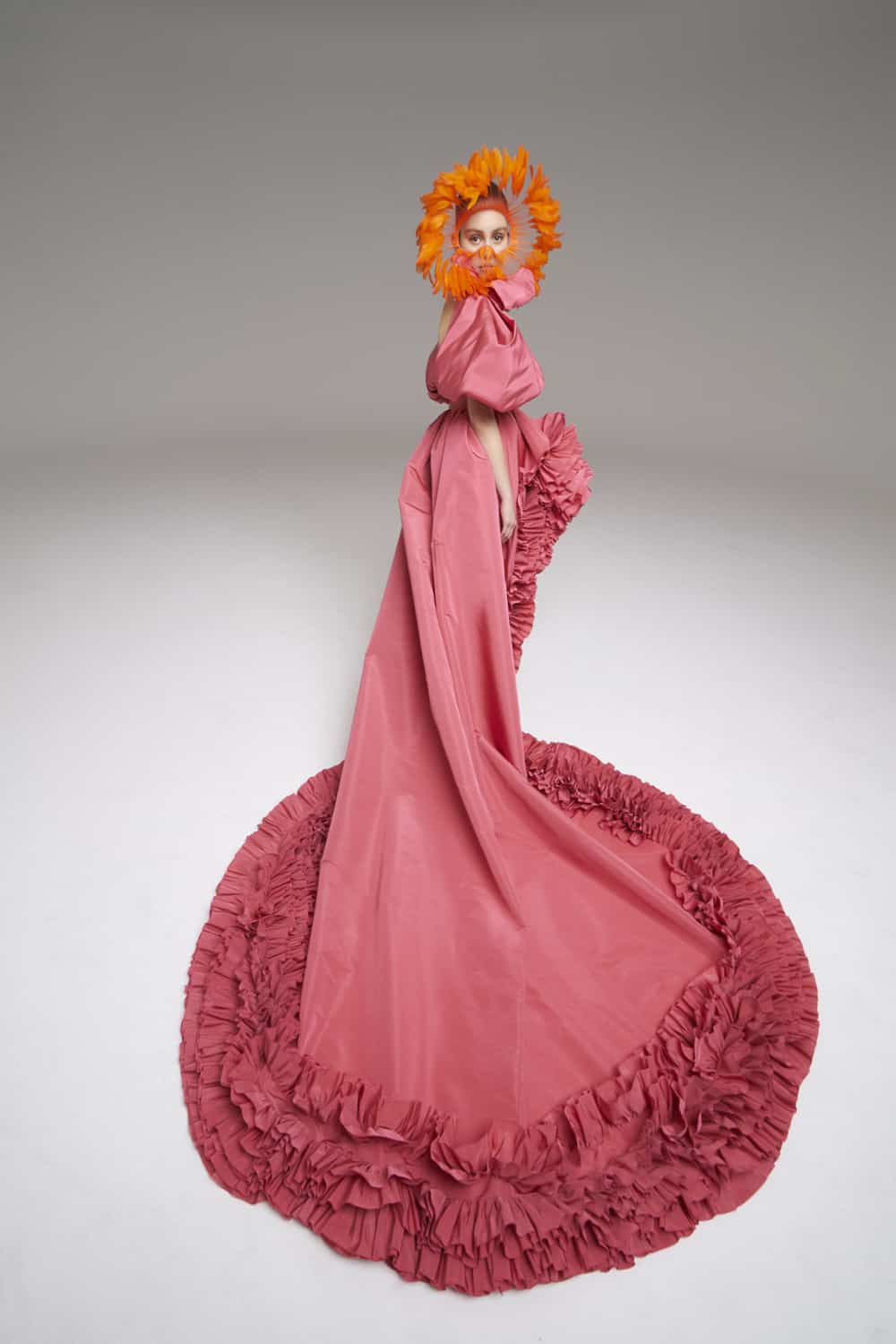 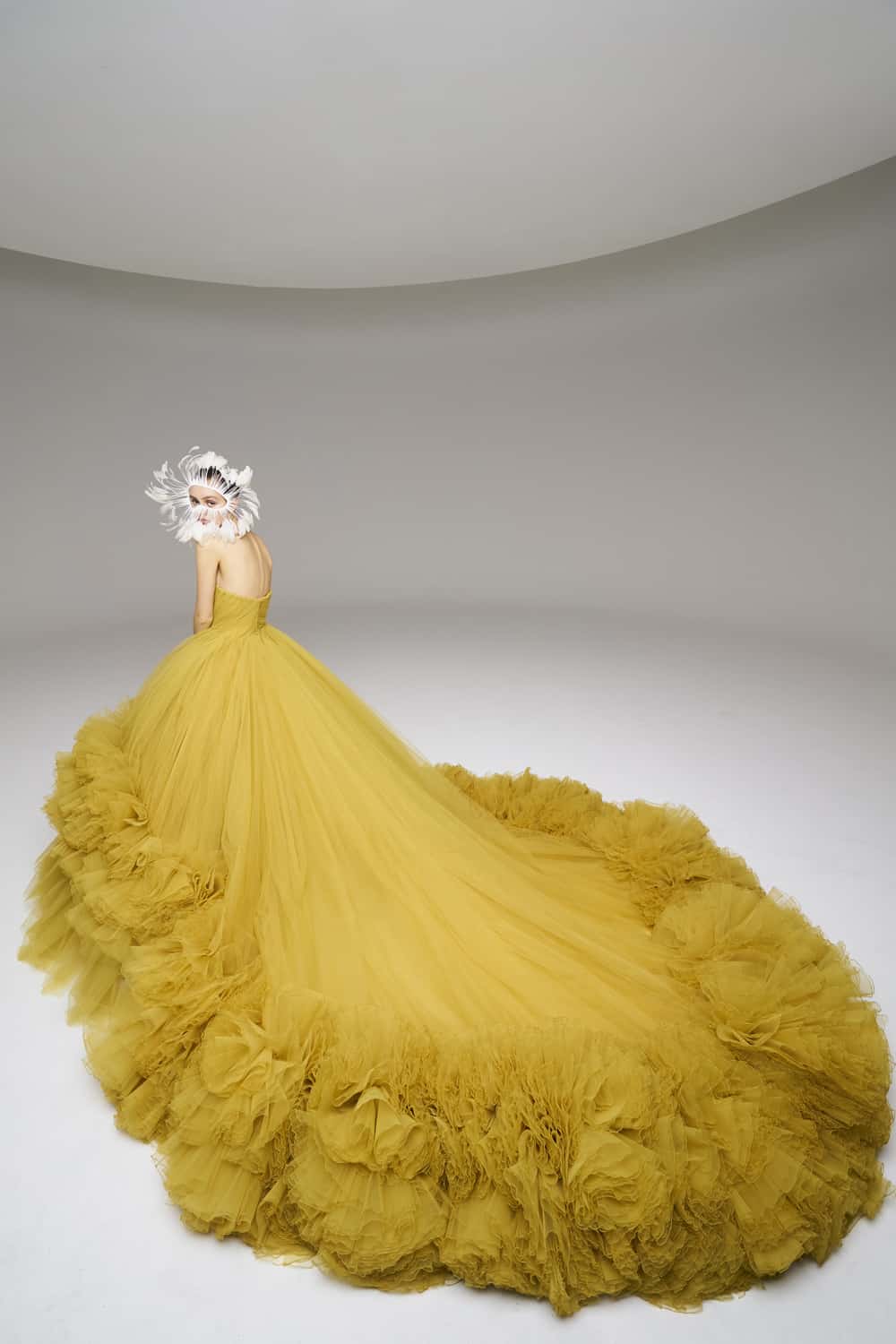 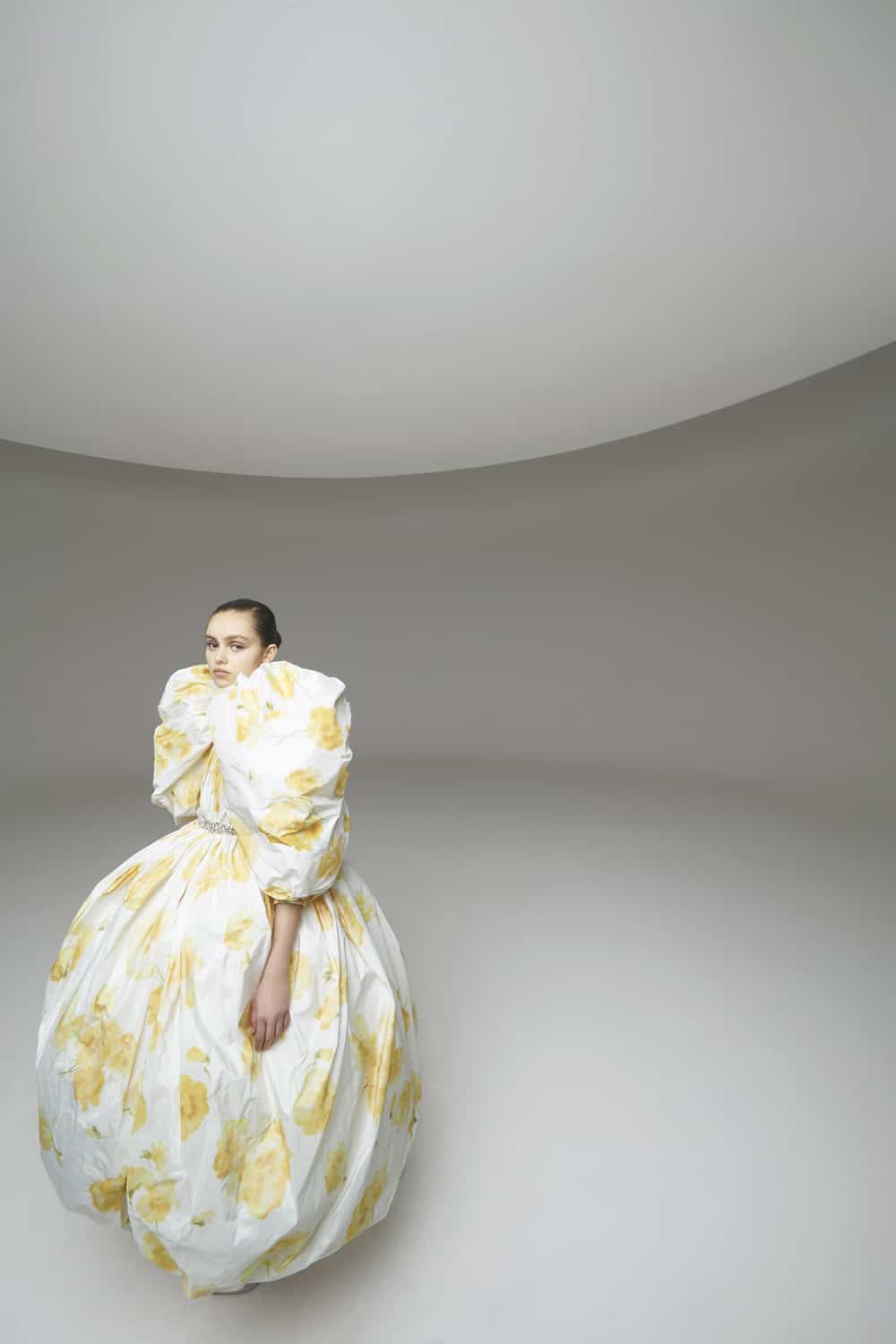 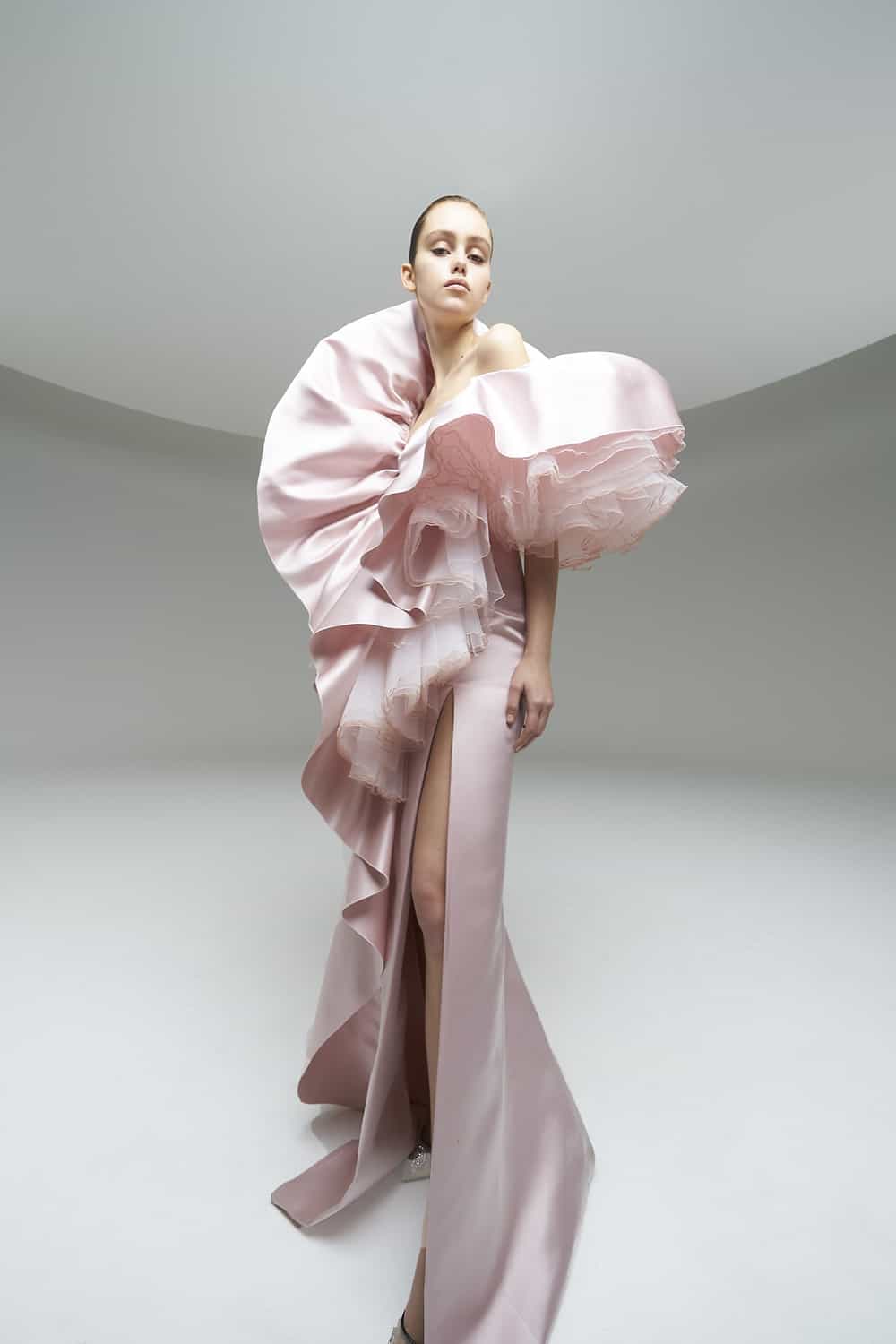 Swarovski Creates Lab-Grown Colored Diamonds (WWD)
Swarovski is launching something fun at couture week in Paris: a collection of lab-grown diamonds in a rainbow of colors.  “If you look into the field of mined diamonds, the colors are very, very rare,” Markus Langes-Swarovski, a member of the executive board, told WWD. “We thought we have to celebrate human ingenuity and create a beautiful palette of 16 colors that are also available in the minefield but very, very seldom and very expensive because of the rarity of these diamond colors.”

Ashley Graham Has Given Birth (Vogue)
Congratulations to Ashley Graham and Justin Ervin! The duo welcomed their first child, a boy, over the weekend. “At 6 p.m on Saturday our lives changed for the better,” she announced on Instagram Stories. “Thank you all for your love and support during this incredible time.”

Ellen von Unwerth on Suits, Photography, and Her Possible Foray Into Film