Simon Huck on Fashion Week with the Kardashians 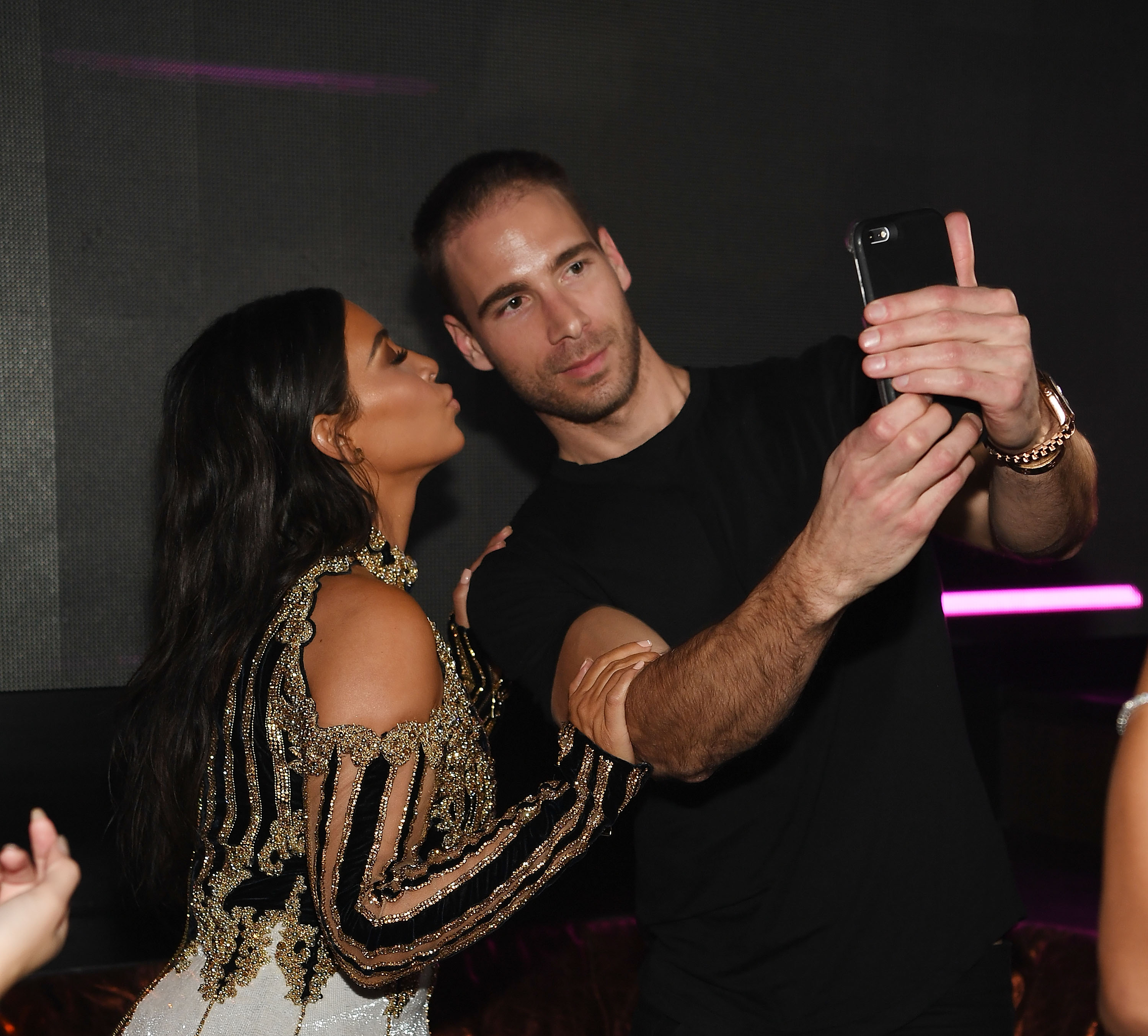 What’s rolling around Fashion Week with the Kardashians like? Who better to ask then one of their closest pals, PR guru Simon Huck?

What have you been up to lately?
I spent the summer in Montauk, so now I’m getting back into the work groove. I’m going to Miami next week with the girls.
The girls as in the Kardashians?
Yeah, for a little vacay. They’ll be down there because Kanye’s on tour right now and has one stop in Orlando and two stops in Miami, and that’s it! Just really focusing on work right now.
Did you know Kylie was going to be at Jonathan Simkhai’s fashion show?
We had dinner [the night before] and she was telling me she was coming. Kim actually wore Jonathan’s line years ago for her wax mannequin that ended up in Madame Tussauds. She loved it. The fit is beautiful. And this collection I know is beautiful. I’ve seen some sketches and they’re insane. Jonathan is a personal friend. I love him.
Did you introduce him to Kylie?
Not really. I’m not sure how that came about, but I certainly was showing a lot of the collection to Kim, who loves it. Some of it is just so Kim.
What’s rolling around Fashion Week with the Kardashians like?
It’s mania. What’s really great about all of them is they have a genuine interest in fashion. Some people enjoy just coming in for Fashion Week, but they love learning about it year-round, 365 days a year. They have stores and clothing lines and every single one of the girls has their own sense of style, which you see in who they support. Kendall’s style is completely different from Kylie, but they share a common interest.
How was Yeezy?
Loved. Obviously, a huge fan. I’m so proud of where they all are. They’re the hardest working family. All of them. The youngest girls too.
What’s the biggest fad you wish would come back?
I miss Von Dutch hats. I used to wear them religiously. I actually saw Kylie wearing them on her Snapchat a couple of weeks ago and I was like yes Kylie bring them back!