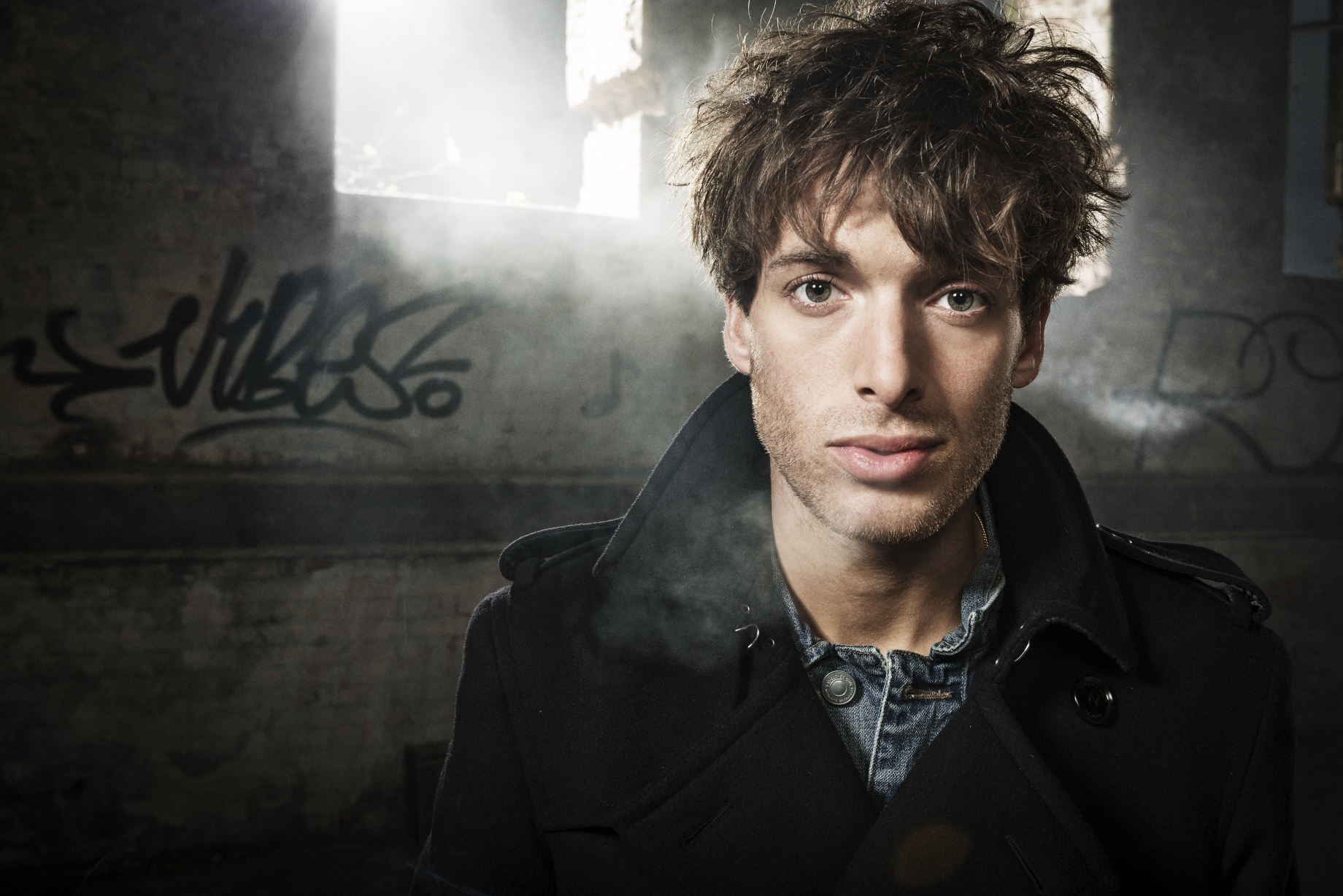 Buckle up, ladies and gents! With soulful pipes and smoldering good looks, Adele’s favorite singer-songwriter, Scottish born hottie Paolo Nutini, is ready for his close-up. I caught up with Paolo about his phenomenal new album, opening on tour for The Rolling Stones and going commando.

Your new album is called “Caustic Love”. What does caustic mean to you?
Caustic is dangerous and acidic. I obviously love my family, I have love for what I do each day, but [love] can become a bit of an obsession. You put up boundaries to protect yourself. If you’re pursuing something, your pride swells—you don’t want to lose or be defeated. Romantic love dissolves those barriers; you’re vulnerable. It could be the most f*cking mind-shattering heartbreak or the most mind-blowing orgasm: You need to be vulnerable to experience both! When I say “caustic,” it’s about how love can wash over, like an acid rain, things that prevent you from being open and vulnerable to emotions.

Let’s talk about “Iron Sky”, the first video from the new album. Adele tweeted: “F**k!!! This is one of the best things I’ve ever seen in my life hands down.”What was your reaction?
It was really the first public reaction, so immediately it was a sense of relief that at least one person got it. It was nice that when put it out there, for the first time, that there was somebody—and it was nice that it came from Adele. It’s not as if she’s always on [Twitter].

Exactly, she isn’t praising everyone!
She’s obviously a very talented woman, and it just felt like things had all aligned. If she was getting it, I thought that maybe we weren’t all mad. It was just a very nice thing for her to do; she’s smart, and the amount of people she brought the video to—I appreciate it! We spoke briefly after she tweeted it, but I haven’t been able to buy her a drink and thank her.

On the new album you have a duet with Janelle Monáe, who’s pretty intense. I’ve seen her live and I’ve interviewed her: She’s like an alien from another planet. How did that come about?
She’s so enigmatic, isn’t she? I’m a massive fan, and we share a label to an extent. That made it a bit more realistic, so I got in touch. I absolutely fell in love with her. I’m just fascinated. When she got back to me and said yeah, I remember thinking that I didn’t know if this would ever happen. All of a sudden, she came to the studio and just f*cking blew me away.

There’s so much soul in your voice, obviously inspired by authentic R&B. You’re definitely not a typical Scottish musician.
I don’t know whether to take that as a compliment! Scottish people are very romantic: we like to sing, make music, and be merry when the opportunity presents itself, which is more often than not. My grandfather had this Bowers & Wilkins vinyl deck with these two mahogany speakers, and he showed me how to put the needle down on the records. That’s when I started to fall in love with American music.

How old were you?
Oh, I was very young. My parents worked a lot when I was a child, and my grandfather had just lost my grandmother. I think we found each other at a good time. He looked like Clark Gable, a very youthful and very charming sort of guy, and a bit of a practical joker. He loved music, and he would throw all kinds of things into the mix. He played piano. I used to hear him from the next room, wander in, and he’d be playing these arias, eyes closed, head up. Songs from Aida and Verdi operas, and Enrico Caruso songs. On a Thursday night the monsignor from the local parish church would come by, and they would both sit at the piano and play Fats Domino and Boogie Woogie stuff. I called him the Boogie Woogie priest when I was a kid. So I got an education of all kinds.

So you fell in love with soul music…
I never called it soul; as a genre name it feels very flimsy to me. I mean, if I’ve not got it, then there’s a problem. We hope we’ve all got a bit of it, if we’re lucky. Because I’ve always thought that soul sounded like pigeonholing things. Where does someone like Nina Simone fit into that? What’s she? Is she a jazz singer, or a soul singer, or a blues singer? I’ve never got it. My dad had a lot of the early Elton John records, like Goodbye Yellow Brick Road, and I loved them. Then I met my good friend marijuana and all of a sudden it was like, D’Angelo, we’d be hanging out and Voodoo or Brown Sugar would come on. Cypress Hill records is definitely what opened up American culture to me. I watched a lot of Richard Pryor, Eddie Murphy, Diana Ross…

What’s the best thing about being on stage every night?
My shows have evolved a lot. I’m ready to implement a lot more visual production. It’s like trying to drag what’s in my head into the songs, and then project that to the audience. I hope it helps people detach for a few hours from where they were before the show. That’s my goal!

What was it like to go on road with the Rolling Stones?
That was pretty mental. We opened up for The Rolling Stones on two shows, in Vienna and Sheffield. My band and I were like, “This cannot be happening”. Before the show, they came into the room, heard us four Scotsman talking, and said: “What one’s the Italian one, then?” My band said, “I think you’re talking about him,” pointing at me. Mick said, “No, he’s Scottish. Ah, f*ck, if I’d had known that, I wouldn’t have booked you.” [Laughs]

Who knew Mick had jokes?
He’s f*cking great. Big Cheshire smile. The Stones like people that show up and go to work and do what they do. But you also need to know how to roll. And I think a lot of bands that know how to rock, but don’t quite know how to roll.

A couple of fun questions. What’s the first thing on your mind when you wake up?
Usually it’s music.

Finish this sentence: I can’t go to bed unless I’ve…?
…Worked up a sweat.

Superhero power you would most want to have?
Oh God, there are so many good ones. I like the idea of morphing into another person.

Go-to song at a karaoke?
“My Sharona” by The Knack.

If you could have dinner with anyone famous, dead or alive, who would it be?
Dead, probably Oscar Wilde. Alive, maybe Billy Bob Thornton. He’d be a cool guy and I’ve always thought having a beer with him would be a good night. Especially after seeing Fargo.

Your worst personality trait?
I’m not a massive fan of underpants…on anybody.

Janelle Monáe on Why Everyone Needs to...