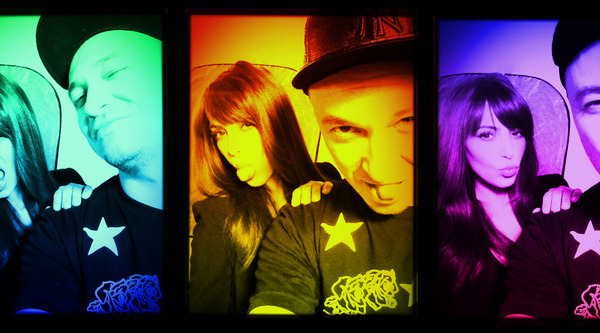 It’s time for our first installment of dear Sergio Kletnoy, righthand bloke to Cosmo‘s Joanna Coles, of the new year! Already, he’s off to a whirlwind of a start. Surprise factor: zero. Read on for the full ride…

Monday
According to the Chinese horoscope, 2013 is the year of the snake. This slinky reptile is the most intuitive, introspective, refined and collected of all the signs. It is graceful, exciting, dark and attractive, and does not become flustered easily. Basically, you know where I’m going with this: I was born in the Year of the Snake. No wonder I am aware, cunning, proud, vain, vicious, keen, intelligent and wise. Happy new year; I won’t release any venom or bite…Unless you get in my way! So it’s the first official day back in the office and although it seems like eons ago, the announcement of Kim and Kanye having a child, aka the Kimye baby, is all anyone can talk about. I have a few thoughts myself on baby names suitable for the new royal couple: Kashmere and Korinthian (if it’s a boy) or Kleopatra and Korvette (if it’s a girl). And as if that wasn’t enough, the mere thought of K&K turning down $3 million for the first photos of their love child got my blood boiling. It was only recently that I interviewed Kim on the set of a Cosmo shoot and got my own pix. So technically, I got the first baby photos and am willing to sell them for a fraction of the $ million price tag… Any takers?

Tuesday
Things are finally back to normal—and by normal, I really mean is insanely-hectic-not-a-moment-to-breathe-no-time-to-eat-please-clone-me type of day! In short: three major conference calls, five back-to-back meetings, booked two major trips for the boss to the West Coast and Washington, D.C., squeezed in an interview for JoCo with Cosmo Radio on Sirius FM to talk about our brand spanking new February issue with Julianne Hough, ordered two baby gifts (including one for my BFF Alla who just had a baby girl) and after all of that, rushed off to Ma Peche for a drink (or two or three) with Ying Chu (my MC partner-in-crime and now Glamour’s new beauty director). And since Ma Peche does not have a Bloody Mary on the menu (HOW RUDE!!), I discovered my new fave substitute: PC Michelada. It’s made with hot sauce, tomatillo, lime, lager, and some tomato concoction, which is much tastier than it sounds. And for all you still sticking with your new year’s resolutions, it’s got more cleansing power than a week of Blueprint. Trust me on that one.

Wednesday
One of the best perks about working at the biggest magazine in the world is that at any given time, we get big-name visitors on the floor: major executives running worldwide corporations, fashion designers, models, musicians, actors and a slew of reality stars. So of course, the day I get a late start and show up to work later than usual, I find out that I’ve just missed JWoww and Snooki posing up a storm for Cosmopolitan.com. (WTF?!) Today, we were also visited by the super hot Melissa Rycroft, a former Dallas Cowboys cheerleader and the winner of last season’s Dancing With The Stars: All-Stars. As you probably already know, I too was once a ballroom dancing superstar back in the Ukraine, but I traded in my tap shoes for the glamorous career in music, entertainment and being JoCo’s right hand. I wasn’t going to let the opportunity of comparing dance moves with Melissa slip through my fingers. Somebody please let Page Six know that I challenged her to a tango-off. In the middle of THE BOSS’ office we compared our best abrazo and eight-count basic, and I have to admit, I am still damn good! Those few minutes of shimmying with Melissa made me want to get back in the game. Anyone got a contact at ABC? I need to get on the next season of Dancing With The Stars, and show Maksim Chmerkovskiy how it’s really done.

Thursday
Just got a copy of Marie Claire’s February issue, and I’m stoked! Apart from Heidi Klum looking enchanting on the cover and all the stellar stories inside, I’m also really proud of my music page (p. 115). Check out my interview with Ryan Tedder, frontman for OneRepublic and the songwriter behind some of the biggest hits for Adele, Beyonce, J.Lo and Kelly Clarkson. Plus, I’ve devised the ultimate February playlist consisting of your fave songs ideal for whatever this Valentine’s Day has you in the mood for—love, lust, confusion, obsession, or revenge. I spent most of my day listening to all the songs that made the cut, prepping myself for that violent day of cupid’s wayward arrows and gluttonous consumption of chocolate (as if I need a special day for that!). Later in the day, Antonio Berardi, the man responsible for that ferocious red dress on the cover of Madonna’s MDNA album, came in for a coffee with JoCo, followed by a chat with moi about all things Madge (obvi). I capped my night off with a dinner at my fave spot, Sushi Of Gari, with a gang of music biz friends arguing about every musician under the sun—or as I refer to it, Madonna vs the rest of them. Goodnight.

Friday
Obsessed: “Miracle” by the British synth-pop duo Hurts; “Lost In My Bedroom” by the fashion darling Sky Ferreira; “GloryBoxed” by the NY-bred Sophia Bastian; “Barriers” by one of the coolest brit rockers Suede; “Waiting For The Night,” my fave song from the latest album from Nelly Furtado; “If I Lose Myself” by OneRepublic and “You (Ha Ha Ha)” by the super-cool Brit singer-songwriter Charli XCX. This year is going to be major and I can’t wait to share everything with all with you. Follow me on Twitter @SergioKletnoy for the latest in pop culture banter and catch you all next weel.