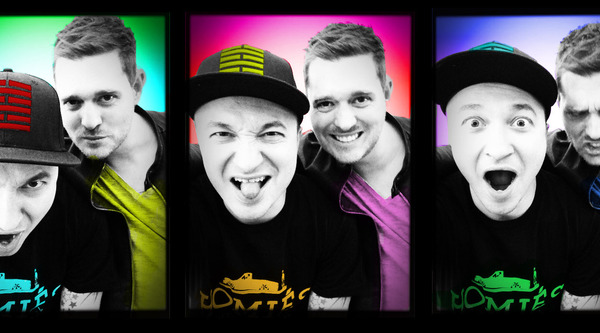 Turns out your Daily isn’t the only publication tuned into sheer awesomeness of JoCo’s assistant Sergio Kletnoy: this week, the Cosmo gatekeeper extraordinaire has a star turn on the newsprint scene! Besides a cool cameo in Post (go, Sergio, go!), he’s dishing on all the music you must download ASAP, plus encounters on the job with a certain Supreme Court justice. Not to mention some quality time with Michael Buble…

Monday
The New York Post profile on the men behind Rebecca Minkoff, Martha Stewart and THE BOSS finally hit the stands. Note to self: whenever a flashlight goes off and a photog starts snapping your photo DO NOT grin, smile, laugh, smirk or smize for the camera. I would love nothing more than to see my pretty mug in the Business section of the Post on a daily basis, but a pic of me smiling ruins the mystery and makes me look like someone who’s having way too much fun at Cosmo (of course I am, but I don’t need EVERYONE to know that!). What I need is for people to know that even though I’m fun and cuddly this isn’t Office Space and I’m not Peter Gibbons, Michael Bolton, Samir Nagheenanajar or Milton Waddams. I’ve spent my entire life mastering the seductive-cold-like-Russian-winter-almost-angry gaze, perfected by the likes of Depp, Brando and Dean. But now the jig is up and my smile will permanently live in the public domain. Sigh.

Tuesday
Yesterday’s Post piece did not deliver gifts and flowers from friends, co-workers or family members; just an abundance of congratulatory emails, phone calls, tweets, and Facebook posts. I appreciate the congrats, I really do, but you know what they say: “Ain’t nothing going on but the rent.” I don’t mean to sound ungrateful, but this week has already worn me out and it’s only Tuesday. Last night I stayed out way passed my bed time with my friends from Interscope Records: first, cocktails at Stanton Social, then performance #1 by Jamie Commons, a Bristol-born blues singer-songwriter at Mercury Lounge, followed by performance #2 from another Brit, folk-punk singer-songwriter Frank Turner at Bowery Ballroom. Tonight feels like deja-vu all over again with a few minor adjustments: first up, the best Korean Fried Chicken on the planet at Mono+Mono on the lower east side, where I ate more home fries and fried chicken than Precious in the film Precious: Based on the Novel “Push” by Sapphire, followed by two performances by Epic Records recording artists Kat Dahlia and WALLPAPER at the Ace Hotel. After lots of music and shmoozing I went next door to John Dory Oyster Bar with my friends Courtney and Anita for a round of drinks and oysters. Needless to say, there were no gifts or flowers from those two, either. Onwards!

Wednesday
What a crazy day! Highlights: JoCo’s lunch with Sandra Day O’Connor (first-ever woman to serve on the Supreme Court); five conference calls; seven meetings; one frantic mission to find a Stella McCartney sweater JC couldn’t live without; shipping our May issue; and finally ended the night on a high with my fave new artist, Nikki Williams, at an Island / Def Jam press dinner at Sons of Essex on the Lower East Side. What exactly happened at this dinner I couldn’t tell you. Everything’s a big blur, as Nikki forced me to do about a hundred pure aged tequila shots…And for that, dear liver, I’m sorry! From this point on I’m on a health kick. Probably. Maybe. Maybe not.

Thursday
I’m going to tell you a secret, not so much a secret but a confession: I’m a HUGE Michael Buble fan. Whenever “Haven’t Met You Yet” comes on, I crank it up and in my head perform my own intricate choreography (part Liza in Cabaret, part Baryshnikov in everything) similar to that of Michael’s own video for the song, filled with chaos in the aisles of a supermarket. I would die to reenact that video in my local Gristedes, but I’m too pretty for jail. Anyway, I finally convinced Madonna’s gatekeeper, Liz Rosenberg, who also happens to be Michael’s publicist, to bring him to the Cosmo office. Needless to say, every single female in the office got her hair, nails and make-up did leading up to this major event. At 2:32PM the 38th floor elevator doors opened: Liz, Karen (Liz’s partner in PR crime) and Buble appeared before me and I blurted out “You’re going to have to stop performing ‘Haven’t Met You Yet’ because we finally met”. I think he laughed, but I was too busy trying to control my excitement to know for sure. Michael stayed for hours, during which he sang and charmed while we smiled and swooned. I swear, I even cried a little. P.S. His new single “It’s A Beautiful Day” is infectious and addictive and the album To Be Loved is simply perfect! I was lucky enough to get an advance copy of the CD, and I refuse to let go. It will be out on April 23rd, you must get it for your mom, your sister, your cousin, all of your friends and even your enemies. It’s that good!

Friday
Obsessed: “No Freedom” by Dido; “Loud” by T. Mills; “Sweet Love” by Jess Mills; “After Party” by Rye Rye; “Rumour” by Chloe Howl; “In Your Eyes” by Kate Boy; “Recover” by Chvrches and “State Of Dreaming” by Marina and the Diamonds. I know you’ll love them all, now download and enjoy! I’ll be back next week, until then, catch me on Twitter @SergioKletnoy