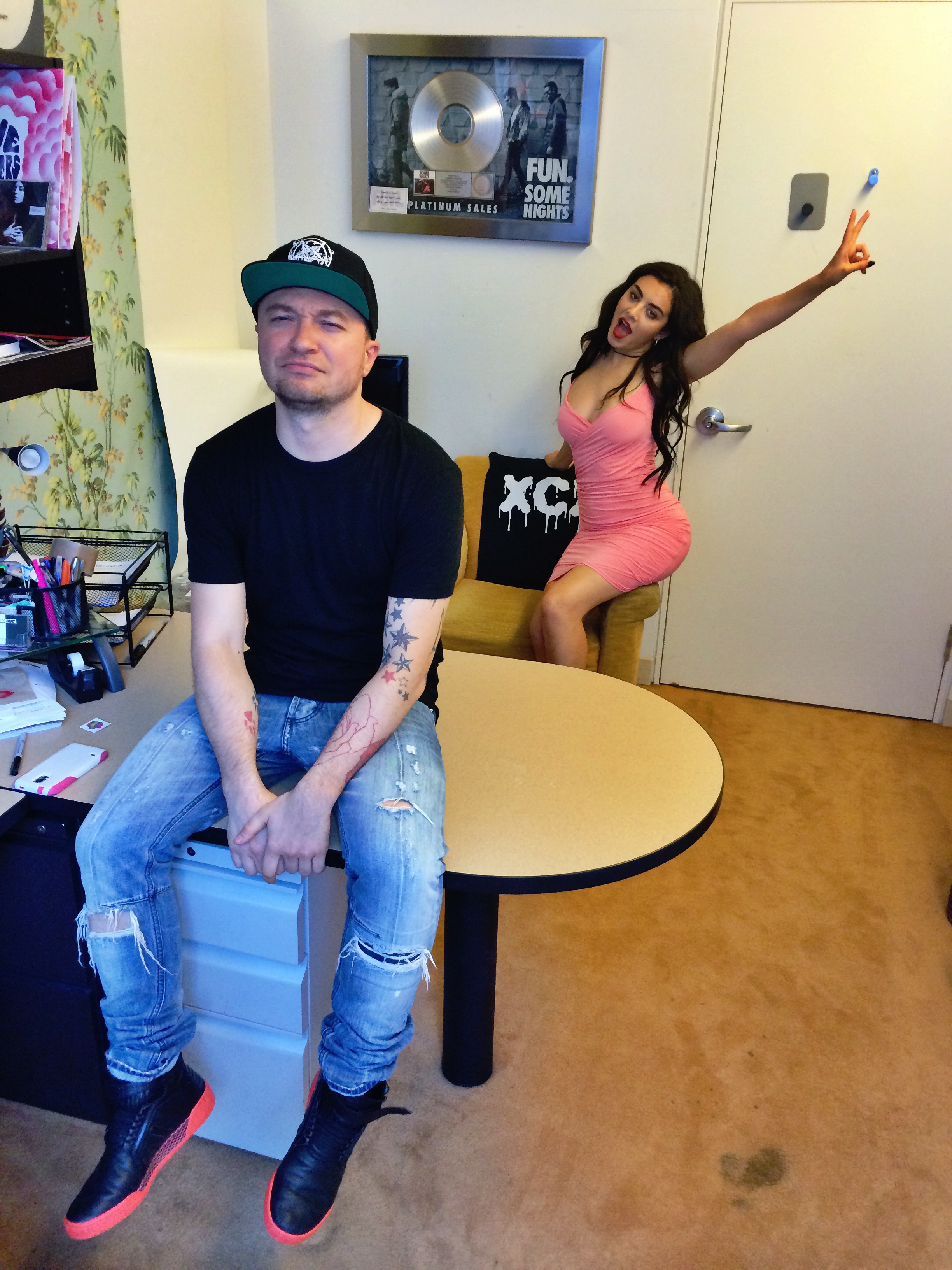 Just in time for the weekend, we’ve got an update from Cosmo‘s Sergio Kletnoy. Things have been rather harmonious for him lately, as he got a bit of face time, and concert time, with Charli XCX, Colbie Caillat, and Michael Buble. How’s that for a killer week?

Just like Jay-Z and Beyonce, I’ve spent the last few weeks on the run. I’ve literally been on the run every morning around Central Park. Summer is here and this body is only interested in short shorts and barely-there T-shirts. You didn’t think I could eat and drink everything my heart desires and not have to work for it, did you? I’m also one of those angry runners, ready to take down everyone in my sight. If a sweaty person gets too close, I turn into a speed demon with music pumping through my headphones, and I fly faster than the speed of light. Although I don’t know how much longer I can keep running in this heat. By the end of each session I look like a rejected contender from the next season of The Biggest Loser. But don’t worry, just because I’ve been under the radar, it doesn’t mean I haven’t busy with concerts, parties, and plenty of celeb encounters.

First, my exclusive interview with the one and only Sia was finally published on ELLE.com, in sync with her number one album, 1000 Forms of Fear. The album is absolutely perfect and my interview is pretty damn good too! I also caught one of two sold-out Michael Buble concerts at MSG. Buble is an amazing performer; funny, engaging, and he makes the ladies completely lose their minds. I also interviewed Colbie Caillat about her must-see new music video, which features Colbie and a gang of beautiful ladies going completely bare. Only it’s not what you think. I missed Katy Perry in concert, but only because THE BOSS took my tickets, sad face! I heard she had a blast and loved the show, so if anyone has any video’s of JoCo singing along to Katy’s songs please send them my way. I also interviewed one of the coolest chicks in the game, Charli XCX, for an upcoming issue of Cosmo. Charli is a singer-songwriter, responsible for writing and singing the hook we’re all obsessed with on Iggy Azalea’s number one single, “Fancy.” Her own single “Boom Clap” from the soundtrack to The Fault In Our Stars is excellent and her sophomore album will be out this fall.

I hate to write and run, but I gotta prep for a major music interview taking place next week. Have a great weekend, check out my favorite new tunes below, and if you cannot wait until the next time for more of moi you can follow me on Instagram and Twitter at @SergioKletnoy

OBSESSED:
“Tough Love” by Jessie Ware
“Waves (Robin Schulz Remix)” by Mr. Probz
“Paris” by Magic Man
“You & I (Nobody In The World)” by John Legend
“Little White Lies” by Florrie
“Mother & Father” by BROODS
“Try” by Colbie Caillat
“She Came To Give It To You” by Usher & Nicki Minaj
“The Big Bang” by Katy Tiz
“Change” by Mapei
“Here For You” by Gordon City & Laura Welsh
“Bitch” by Allie X
“Summertime” by Lolawolf