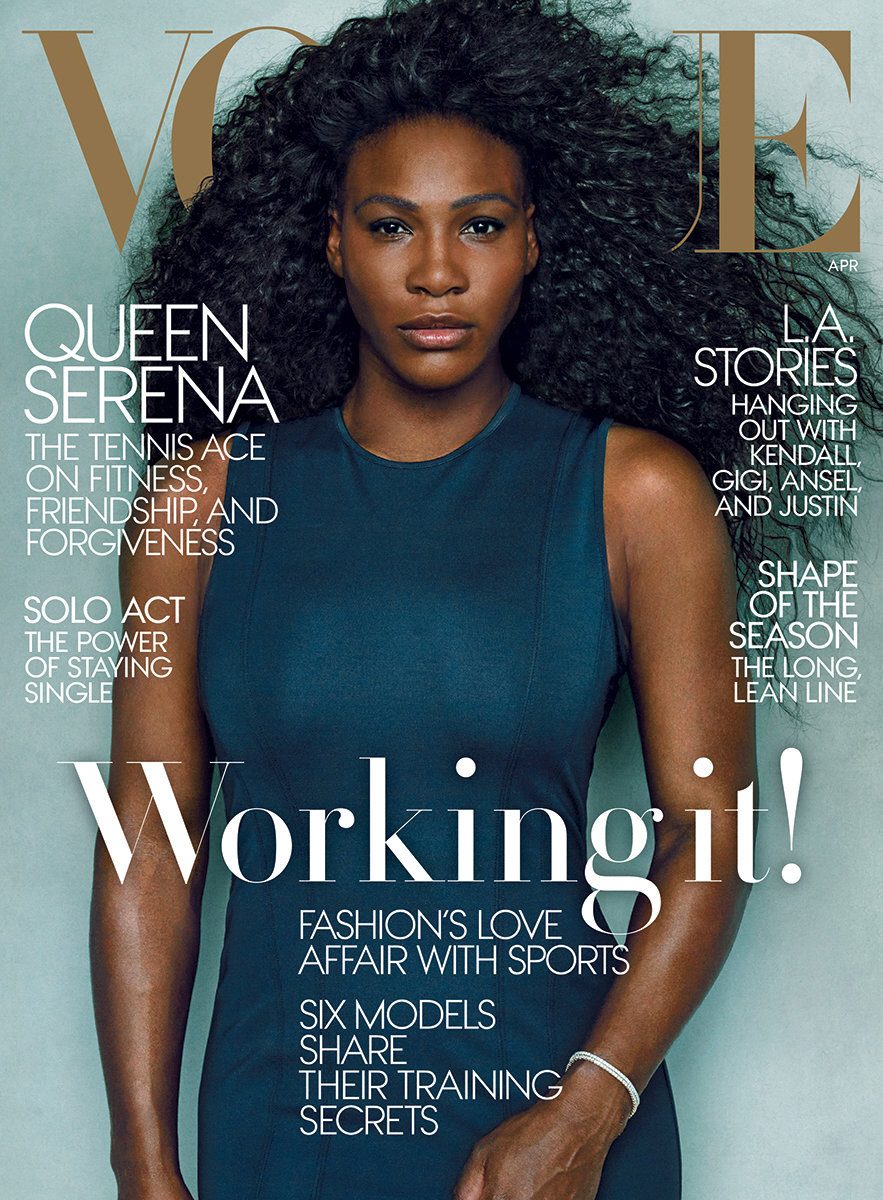 Serena Williams on the cover of this month's "Vogue".

The tennis star has filed documents requesting to trademark the word “ANERES,” or “Serena” spelled backwards, according to TMZ. Williams had previously trademarked the moniker but for a clothing line, this most recent filing covers the name in the world of cosmetics.

It appears the venture will include the full breadth of beauty product from skincare and bath bombs to lip gloss and perfumes. According to the U.S. Patent and Trademark Office, she also plans to roll out haircare including regular and dry shampoo as well as styling gels and sprays.

The beauty market has proved extremely fruitful for celebrities in recent years with Kylie Jenner’s line turning a $420 million profit in its first 18 months. Kim Kardashian West got into the cosmetics game last summer with the launch of KKW Beauty and Gwyneth Paltrow developed a Goop product line in partnership with Juice Beauty in 2016.

Curiously, Williams made no mention of an impending beauty venture in her recent cover story in the February issue of Vogue. Instead, she discussed motherhood with the mag, posing alongside her four-month-old daughter and husband  Alexis Ohanian, the founder of Reddit. “We’re not spending a day apart until she’s eighteen,” Williams joked in her interview. Later Williams west on to say she wouldn’t mind escaping the spotlight and enjoying a quiet life in San Francisco. “To be honest, there’s something really attractive about the idea of moving to San Francisco and just being a mom,” Williams said. The tennis star recently purchased a new home in Silicon Valley, where Reddit is based. “Knowing I’ve got this beautiful baby to go home to makes me feel like I don’t have to play another match. I don’t need the money or the titles or the prestige. I want them, but I don’t need them. That’s a different feeling for me.”

Would “just being a mom” include running a global beauty empire? We shall see.

Video! We Talked To Nearly Everyone at Coterie