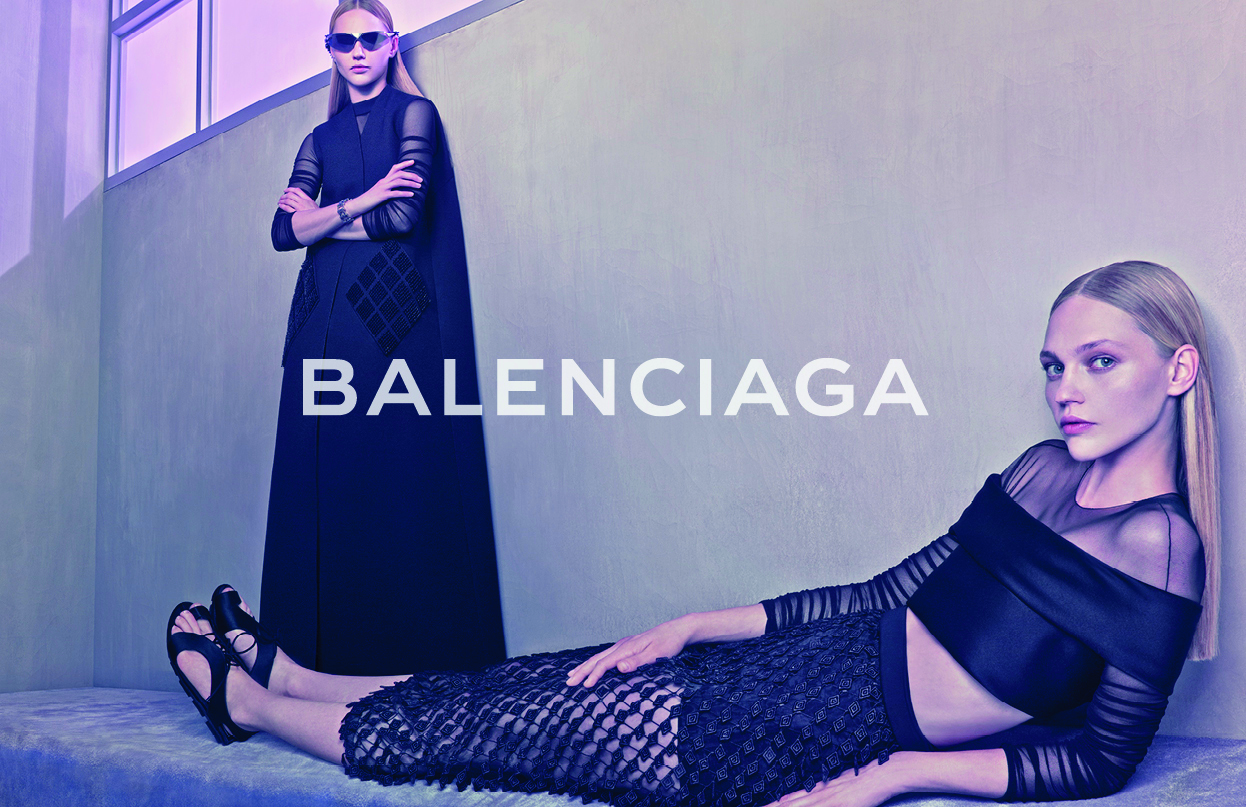 Russian supermodel Sasha Pivovarova is fronting Balenciaga’s Spring 2015 campaign. Pivovarova has been out of the spotlight for the most part in recent years (although she starred in a Fall 2014 campaign for Chloé); in 2009, she married Igor Vishnyakov, the photographer who first discovered her in 2005 in Moscow. They had their first child, Mia Isis, in 2012. The campaign features Pivovarova times deux. In one shot, for example, she’s pictured in a floor-sweeping black vest coat with diamond shaped beaded pockets and a pair of very Matrix-esque sunglasses, standing over another image of herself lying down in an embellished black semi-sheer pencil skirt, satin crop top, and flat sandals, while other shots feature pastel and white ensembles.

The campaign was styled by sculptor-turned-stylist Pano Yiapanis  and shot by Steven Klein. Pivovarova’s sleek blonde locks were done by Odile Gilbert and her minimal looking makeup was thanks to makeup artist Stephane Marais. Pivovarova also walked in Balenciaga’s Spring 2015 show. We hope this means we’ll be seeing more of Pivovarova on the catwalks at the upcoming Fall 2015 shows!