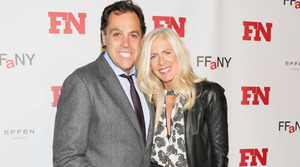 (NEW YORK) Fashion conglomerate Kellwood Company has announced a licensing agreement to produce apparel under the Sam Edelman footwear label. The label, which is currently valued at $100 million, is owned by Brown Shoe Co. and was started by husband and wife team, Sam and Libby Edelman. In the Eighties and Nineties, the duo were known for creating ballet flats under the moniker Sam & Libby. After sales numbers failed to impress, the designers stepped away from their eponymous line to focus on more laidback equestrian activities. Now Edelman is back in the design game with the Sam Edelman label and has received strong support for his contemporary footwear, featuring trendy styles at approachable prices. This favorable combination will be mirrored in the clothing designs as well.

The Sam Edelman collection will run the gamut from tops, sweaters, bottoms, dresses, and jackets, all of which will be produced in women’s, juniors and girls’ sizing. The designs are slated to hit store shelves by February 2014 and can be purchased in the brand’s namesake shop, as well as the specialty stores in which Edelman’s shoes are currently sold. Apparel isn’t the only project in the pipeline for the budding brand; expect to see licensing agreements for outerwear, jewelry, and handbags in the near future. And if all goes accordingly, a laundry list of beauty, fragrance, lingerie, and home wares will be created under the growing label’s name.

A Taste Of The Hamptons With Sam...