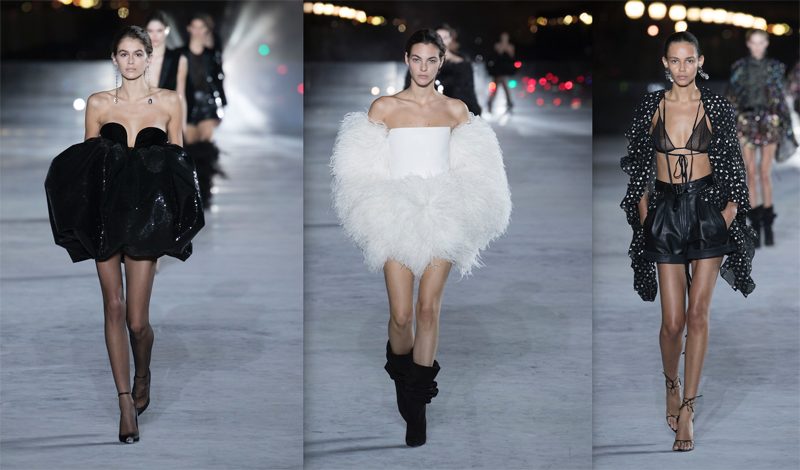 Merci beaucoup Anthony Vaccarello for giving us major fashion again. This was a particularly poignant time at the house of Saint Laurent in the wake of Pierre Bergé’s recent passing and Vaccarello did Saint Laurent and Paris justice. Set en plein air with the Eiffel Tower looming in the background, Vaccarello delivered a collection so thoroughly modern and electric while still touching on some of the age old tenets of the brand. There were the Marrakech-inspired billowy silk blouses and gold coin printed tops paired with an array of killer shorts in leather and sequins. There were the sensual, moody, and ultra glam eveningwear in duchess bubbled satin or adorned in the opulence of ostrich feathers. There were iterations on Le Smoking jacket. But each had a new take and Vaccarello’s singular vision. He has always been known for his ultra-mini miniskirts and this season he delivered a particularly subversive version for fashion’s bravest. Plus, those boots! How to follow up on last season’s most Instagrammed and talked about silver sequined slouch boots? With ostrich feather head turners (whether they’ll be priced at $10K like last season’s remains to be seen), it was high-impact glam through and through.