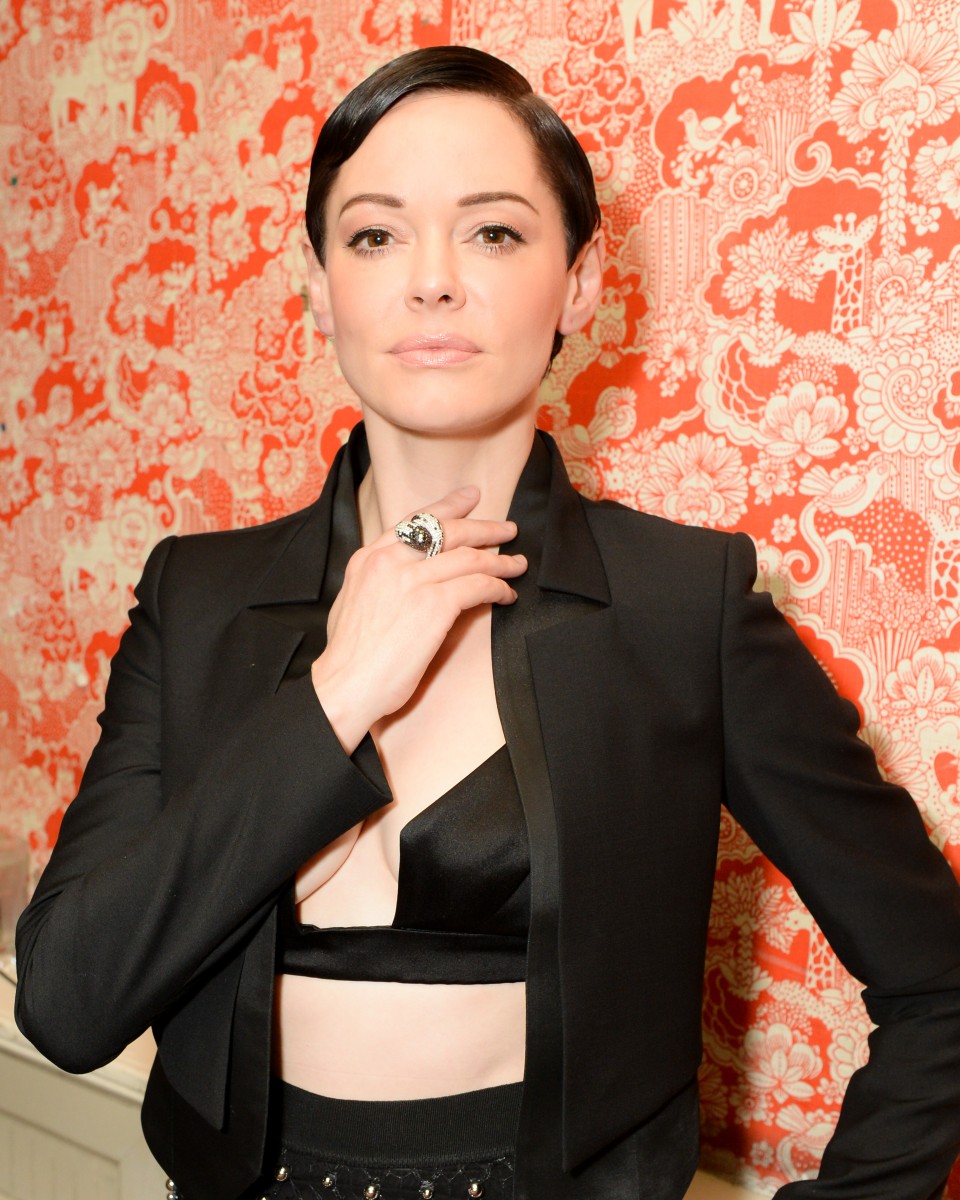 In a suite overlooking Manhattan at the New York EDITION hotel, we caught up with the fun, outspoken Rose McGowan. The actress-turned-director, who just released her film Dawn, chatted with your Daily on making the switch from the front to behind the camera, and what she’s loving in fashion right now…

How does it feel to be making your directorial debut?
It feels awesome! I’m so happy to have my own voice and being able to tell my own story from top to bottom. I’ve been studying for this for a very long time. I spent 17 years doing what people go to school for for four years to study. So I’ve got it!

Tell us about Dawn!
It’s a perfect candy-coated view of what we do to girls without even noticing or thinking; that we keep them from having their own self-preservation instincts, and that they’re trained to be polite. You can open a magazine to dating tips from someone famous, and that can mess your head up. There are so many ways a girl’s mind can be influenced. I wanted to shine a light on that, in a really beautiful way. I did the design work on the film as well.

Who designed the costumes?
A wonderful costume designer, Mona May, whose first big movie was Clueless. She’s a wonderful, wonderful woman. I had a really amazing team on this movie, and we had a lot of fun setting all of the looks for it. It’s such a great period for what teenagers wore. It’s so wildly different from what teenagers wear now. But even then, it can carry a hint of menace.

When did you realize you wanted to go into filmmaking?
Well, it was always in my head. I was always kind of directing other people’s films in my head, when I just was the actor in them. But I was always directing them in my head. I was traveling so much and I left L.A. for about seven years, but when I came back I realized I was an artist in all forms, not a commodity I’ve been misled as. I’m also a photographer, a writer, and I run a bunch of businesses, so I have a big life off the record. It’s just kind of going on the record now!

What’s your favorite thing to do at dawn?
Go to sleep! I’m a night owl, that’s when I write. I love painting with words. I wake up again at night. I’ve always had to try to force myself to sleep because I never wanted to. I was always that kid that was like ‘No! One more hour!’

You’re known to be opinionated. Does that ever get you in trouble?
What’s trouble? So people yell at me? It’s like, OK, I’ve been yelled at before and I’ll probably be yelled at again. I can handle it. So many people are afraid of rocking the boat, but what’s the worse-case scenario? I have a bunch of other businesses; I don’t have to do anything I don’t want to do. I’m in an un-firable position because I”m an artist and artists are in un-firable positions. You can’t take that away from someone. So there’s really no trouble.

On the fashion front, what are you loving right now?
I’m loving that John Galliano has come back! I’m also dying for Margiela. I also love Raf Simons. There’s also a a collective called WHOYOUARE which is run by B. Akerlund, who’s Madonna‘s stylist. It’s a residency program for these young artists and designers who would otherwise not get noticed. The fashion is really extreme and amazing. There’s even an app for it. It’s a great way of being more inclusive to people who are bucking the system.

Have you ever thought about designing?
Yeah, I have. I’ve even had patterns made for dresses I’ve wanted for myself and things like that, but yeah, I just have too many other jobs right now. But I’ll get to it at some point. A collaboration would actually be amazing…if someone else deals with all of the business and I could just swoop in and make something dope. I’ve kind of started refusing to wear high heels.It just puts me in a bad mood. Half way through the night, I want to murder people. So it’s just best if I don’t. I’m now really into tennis shoes and high tops.

Do you have a stylist?
No, not anymore. I don’t even have anyone cutting my hair or my makeup! I literally cut my own hair with $10 scissors.

You’re taking D.I.Y. to a whole new level!
Yeah, I just don’t want anyone’s idea of what I am on me anymore. Why should I pay for someone to come to my house to make me look like a weird version of me? It doesn’t make sense, and it never did. I was always so uncomfortable and I never knew why, but now I do, and it’s because I didn’t look like me. I looked like a weird alien version of me, and not a good one. Sometimes now I’ll look at a red carpet and I feel like I’m in some 2007 beauty pageant with these contestants around me; it just looks so square. The message so many actresses get is that ‘You’re not good enough and we’re going to send people to fix you and dress you,’ but no. I want Celine Dion with a backwards tuxedo on the red carpet. That’s punk, like why not? People should look interesting and weird and make mistakes. I think we’ll see a lot more diversity and weirdness if people kook it out like I do!

Is there something you could see yourself doing in the future that you haven’t done yet?
I have so much to do! So much to do. Sometimes my mouth drops open at the amount that’s on my to-do list. I think it’s going to be a grand adventure. It always has been, and I know it will continue to be.
https://www.youtube.com/watch?v=RQ41Y2Gp4io