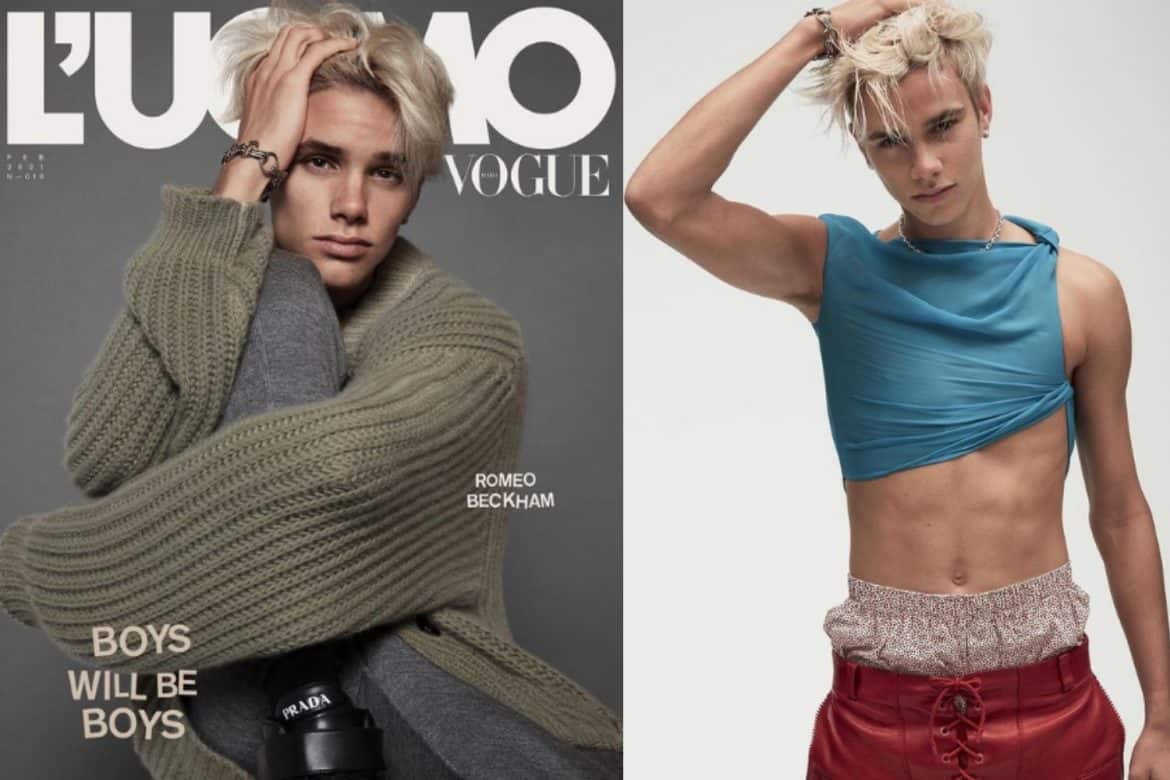 O Romeo, Romeo, wherefore art thou Romeo? On the cover of L’Uomo Vogue, of course! Romeo Beckham, the 18-year-old son of Victoria and David Beckham, has just made his cover debut on the Italian publication’s January issue.

It’s only fitting that Romeo graces this L’Uomo cover—titled the “Generation Issue”—because after all, it has us seeing double. Many have mentioned in the comments that Beckham is the spitting image of his fashion designer mom Victoria—right down to the extremely posh (!) smolder. He’s even channeling soccer star David too, thanks to a head of bleached blond hair (hands up who remembers Becks’ many famous hair moments of the aughts?!).

The fashion mag’s latest edition explores the complexities and relationships between different generations—so having one of the Beckham clan as a cover star is a no-brainer. Coming from a lineage steeped in style, Romeo’s looks by Danny Reed for the Mert and Marcus-lensed shoot are a lesson in fashion-forward menswear. Oversized knits, skin-baring tanks, vests, and graphic trousers by Prada, GCDS, Saint Laurent, and Supriya Lele are both edgy and groundbreaking—just like his parents’ matching black leather outfits decades prior.

Though Romeo gained press as a child model for Burberry, he hasn’t been in the spotlight much in the last decade (save for sitting front row at Victoria’s London Fashion Week shows). The L’Uomo cover has effectively put this grown-up star back on the map —much like older brother Brooklyn’s 2014 Man About Town shoot did for him—and we’re already wanting more. Whether Romeo follows in the footsteps of his designer mom, athlete dad, or model brother remains to be seen—but whatever he does, it’s sure to be unique to him and add even more star power to the Beckham family.

Alongside Romeo, L’Uomo Vogue’s Generation Issue also stars John Waters, Vladimir McCrary, and Jaxon and Jei Smart. You can grab your own copy when it hits newsstands globally on January 22.