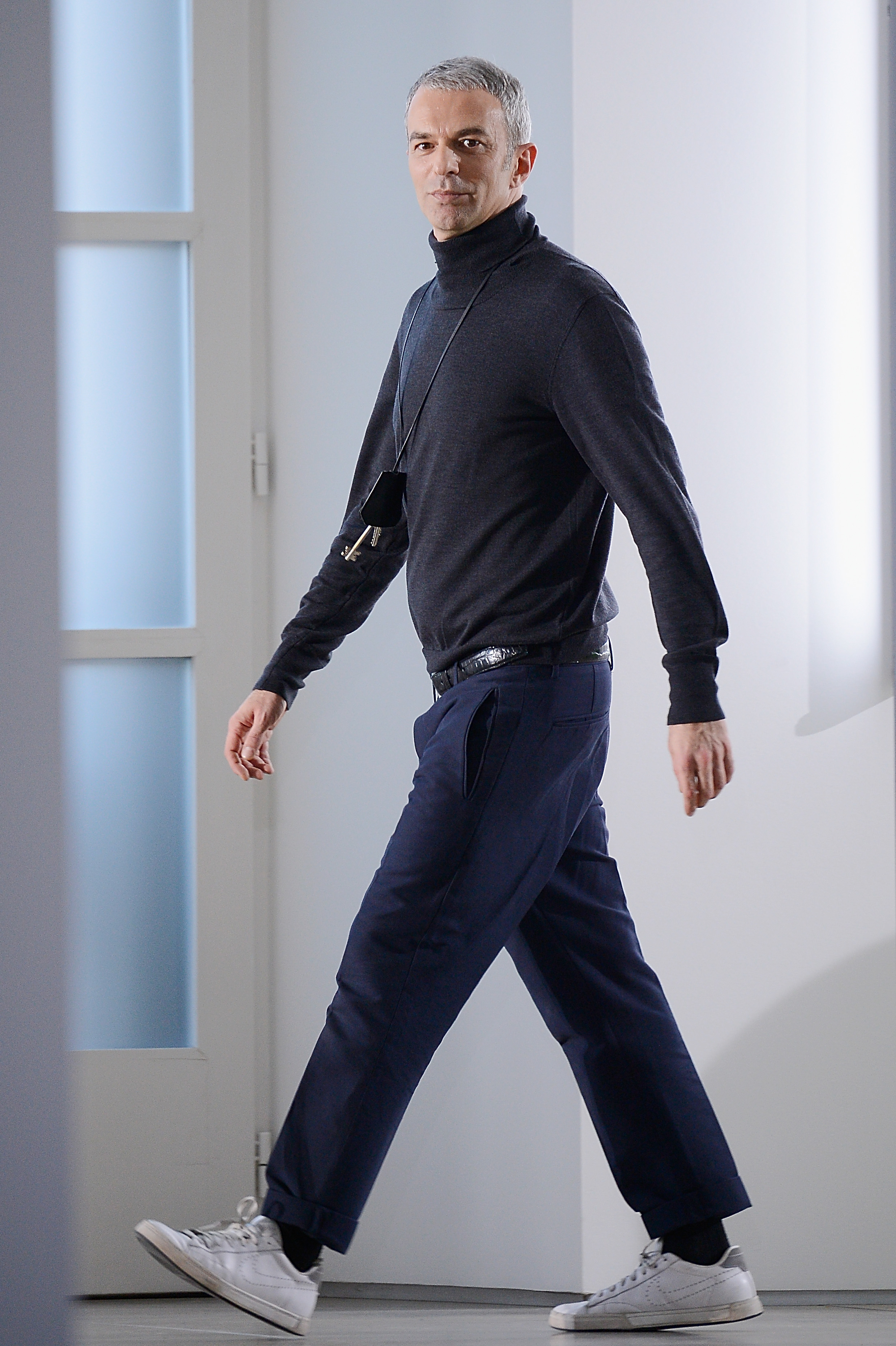 MILAN, ITALY - FEBRUARY 28: Designer Rodolfo Paglialunga acknowledges the applause of the audience after the Jil Sander show during the Milan Fashion Week Autumn/Winter 2015 on February 28, 2015 in Milan, Italy. (Photo by Pietro D'Aprano/Getty Images)

Sonia Rykiel’s Julie De Libran Tells All [Vogue UK]
In celebration of a special capsule collection called Rykiel Forever that’s launching exclusively on Style.com today, the creative director breaks down everything from the one thing she wishes she could tell her 16-year-old self to what she’d title her autobiography and more.

PETA to Become a Shareholder in Canada Goose [Hollywood Reporter]
The animal rights organization plans to buy shares in the Toronto-based clothing company when it goes public later this week, a move that will allow PETA activists to speak at the company’s annual meetings.

J.Crew Invents Own Holiday [The Cut]
March 31 has been declared National Stripes Day by the brand, who will begin dropping new striped items between now and the holiday, as well as hosting in-store events.