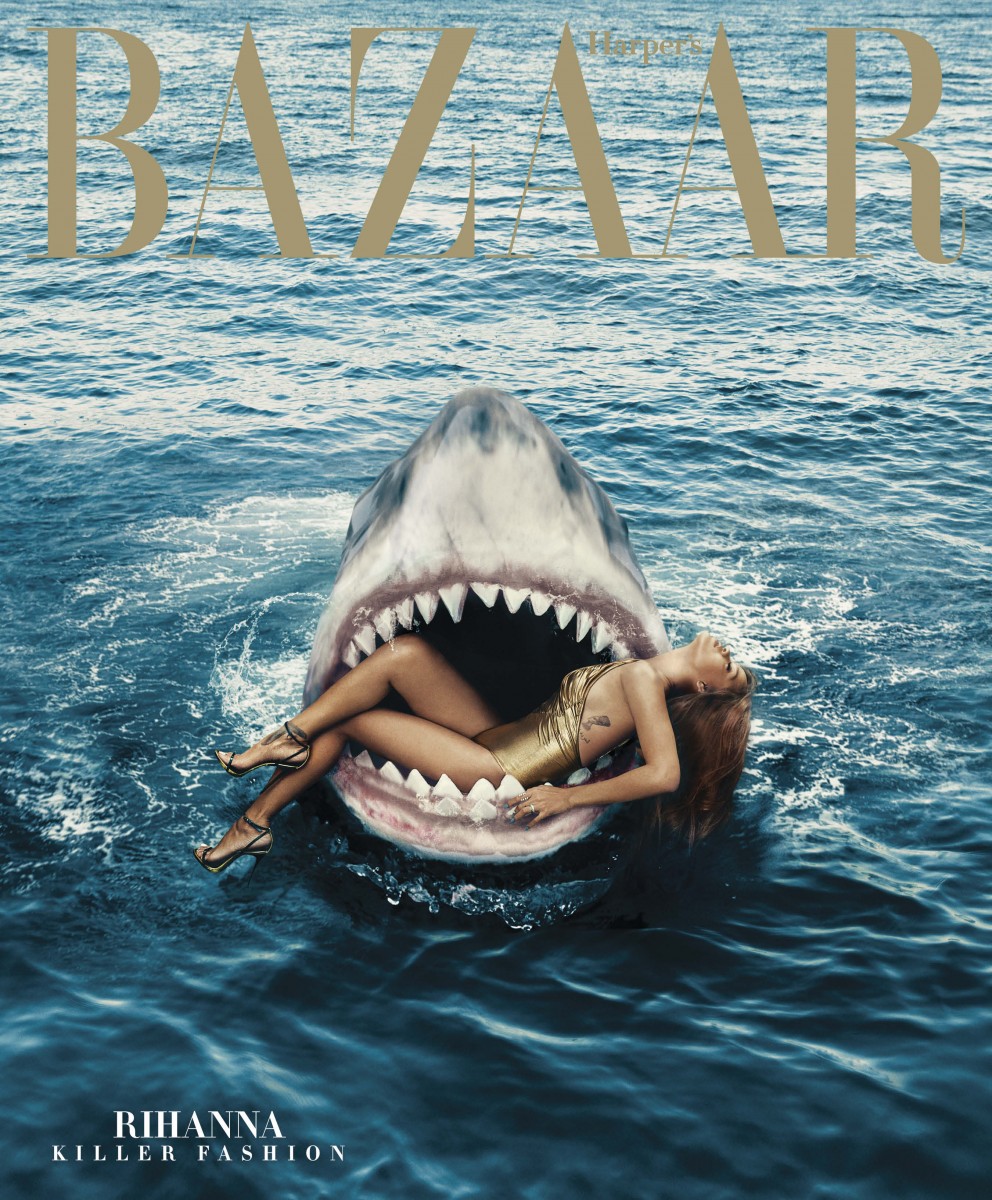 Got a Harper’s Bazaar subscription? You’ll be pretty happy when your March issue arrives in the mail: Rihanna fronts the mag’s spring fashion issue, and while she looks great per usual in her Balmain-clad gilded getup on the newsstand cover, she’s sprawled out in the jaws of a shark (donning a gold Chanel swimsuit, natch) on the subscriber edition. J’adore! RiRi was shot by Norman Jean Roy at Tampa’s Florida Aquarium for the issue, including some shots inside of her swimming around with the over-eight-feet-long (eek!) creatures. As for the shark theme, this year marks the 40th anniversary of Jaws. Inside the mag, she talks about her greatest adventure (“Are you kidding me? I just did a photo shoot in the midst of sharks. It’s going to be pretty hard to beat that.”) and the person whose style she’d crib for a day (“Zac Posen and his sick custom suits … and the hair.”) Pick up the issue when it hits stands on February 17. 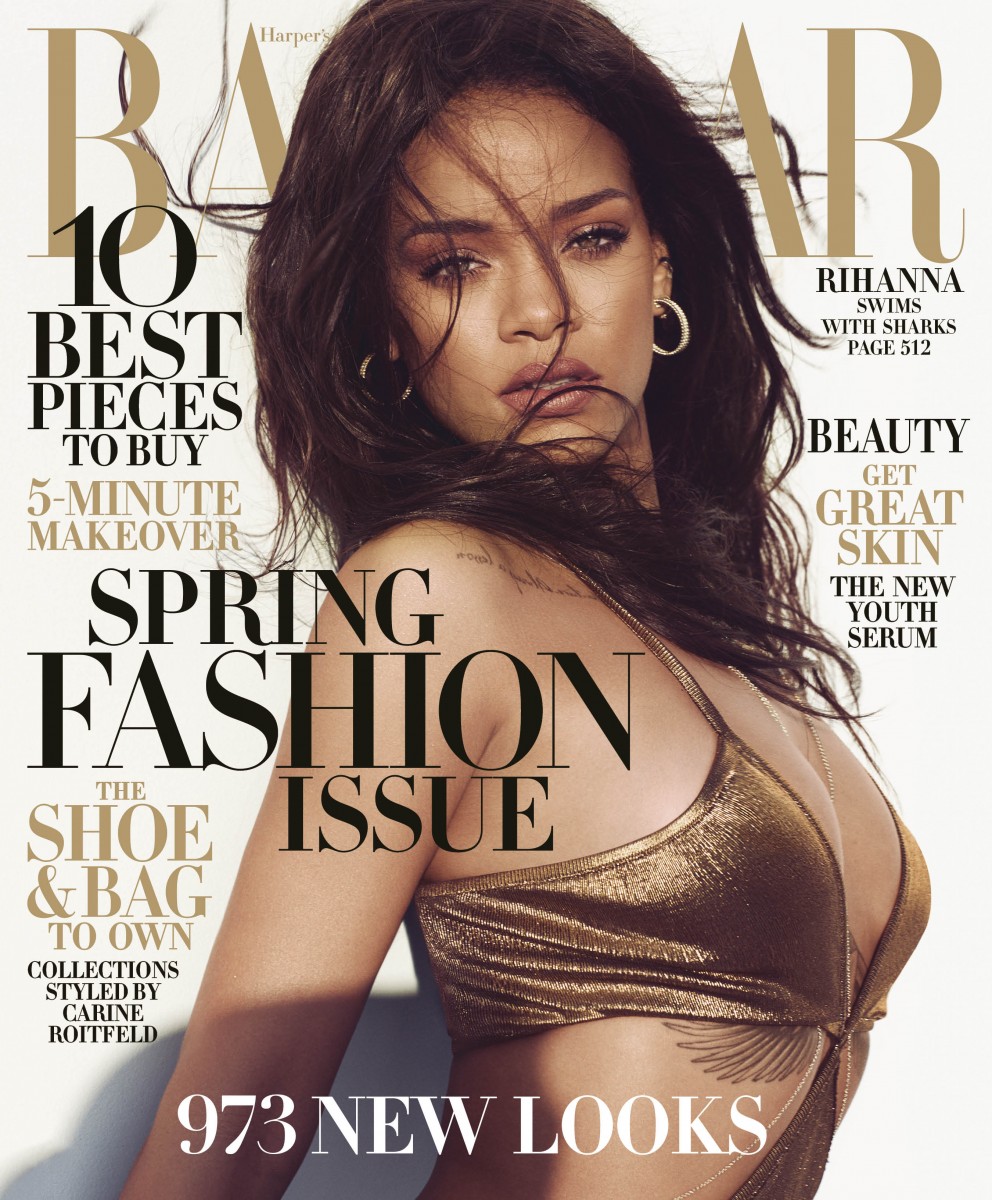 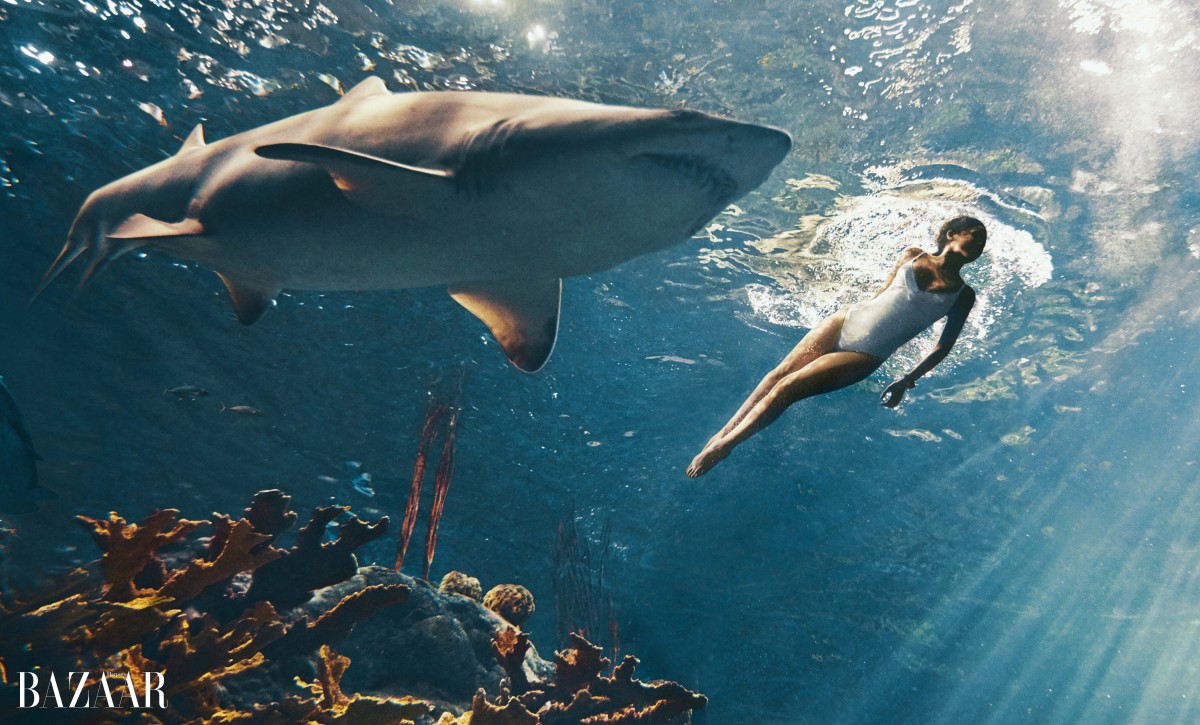