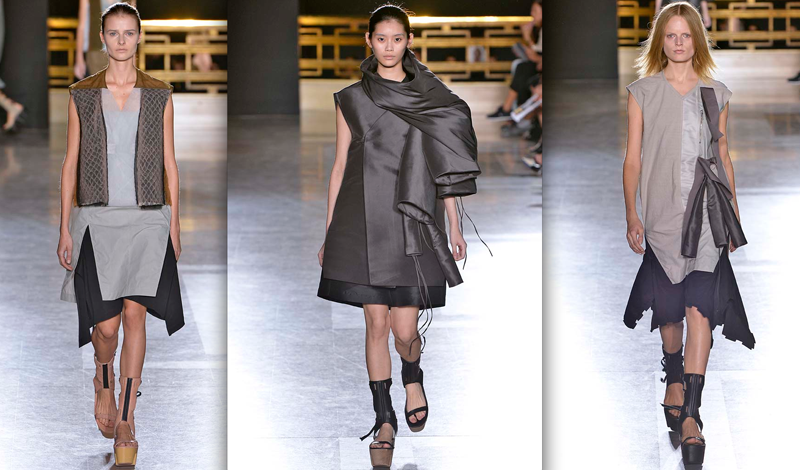 Rick Owens’ interpretation of ballet isn’t the pretty, proper, pale pink read on the art form that most designers would turn out. Instead of the urbanist’s uniform of all-black and dark hues that typically comprise an Owens collection, the designer dabbled, with restraint, in pastels and light neutrals. Tutus weren’t involved, despite the ballet inflections, but a sleek, softly feminine silhouette prevailed: shift-like through the hips, finishing around the knees with sheer, kerchief-like wispy panels.  For a bit more heft, there were ornate, shiny black, grey, and rust coats festooned with fleets of flared sleeves, for a very sculptural effect. While Owens may have used a lighter touch for the garments, massive, chunky, almost garishly scaled platforms delivered the edginess quotient. A fresh concept for Owens, and a successful one at that.