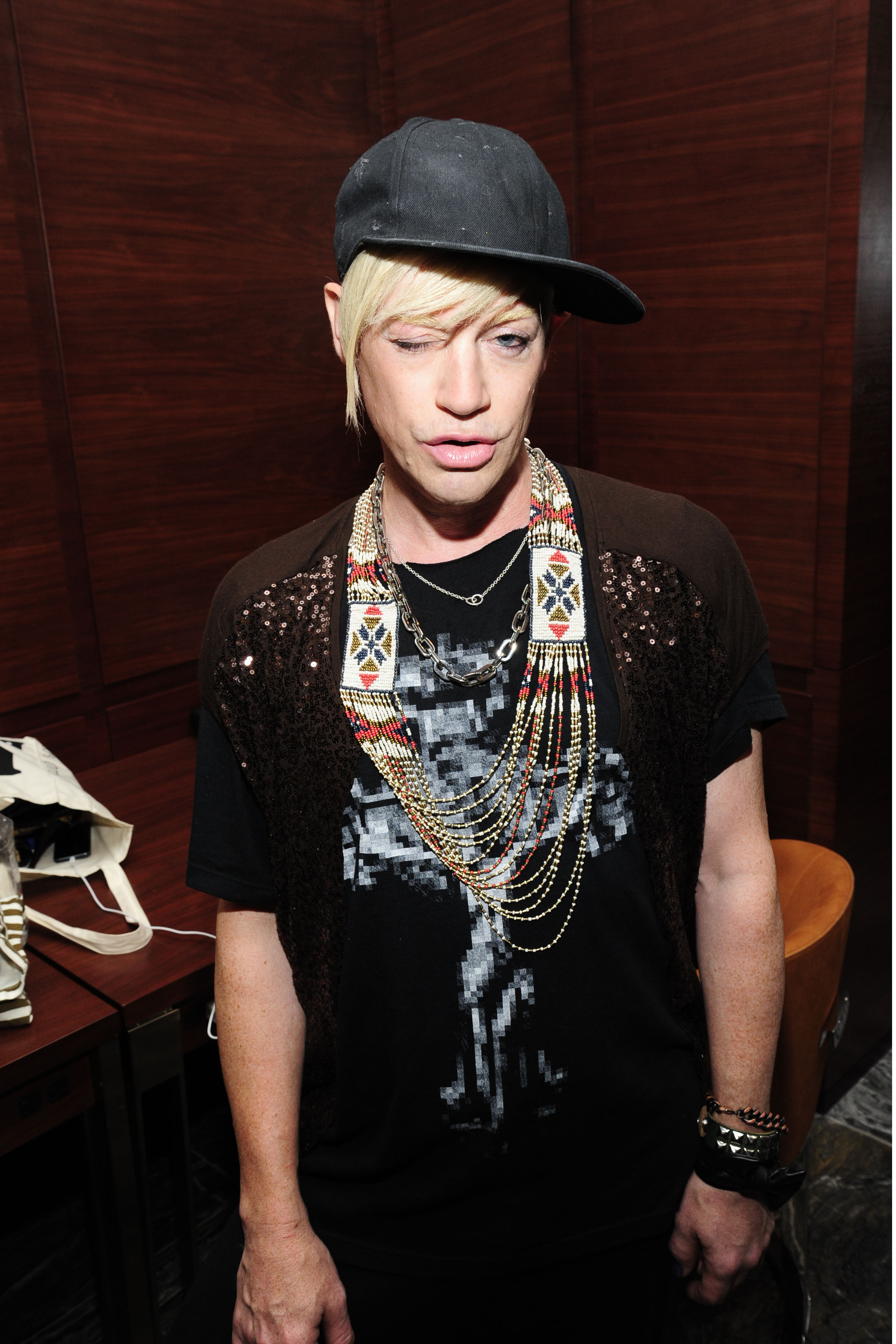 One of the unexpected sightings during NYFW was Richie Rich, who we haven’t spotted out in ages. Where did the former Heatherette co-founder, whose shows were walked by the likes of Ellen DeGeneres, Naomi Campbell, and Anna Nicole Smith, go? A more subdued Rich fills us in on what he’s been up to lately, how he’s getting his toes back in “the glitter water”, and whether he’s been in contact with Michael Alig since he was released from prison.

Where have you been?
I’ve been living in San Francisco, working on a book, which is lots of fun.  I’m also doing a presentation of a capsule collection, Panoramic, of a new line I’m doing. It’s street grit meets glam, which goes back to my roots and why I like fashion to begin with. I’m getting my toes back into the glitter water.

Why did you move to San Fran?
I grew up there and wanted to rekindle my love of fashion. I’m going to be more tri-coastal! But I want to eventually be based in New York again.

How’s the style on the west coast?
It’s very gentrified, and it’s beautiful, but it’s not as diverse as New York.

What’s your book about?
It’s about everything I’ve gone through since the termination of my club days, and how I got into fashion. It will probably come out in the spring. I’m also writing an off-Broadway show about it.

You seem a lot calmer since the last time we saw you.
I am. I had to calm down a little bit.

Hopefully you’re not drinking those energy drinks.
They’re probably not a good idea for me. Crazy boyfriends around you aren’t a good idea, either. I’m single now.

Have you been in touch with Michael Alig since he’s gotten out of jail?
I haven’t seen him at all. That’s something to me that’s in the past. It was great times, but it’s a strange situation.  We had so many great friends and times from the club scene, but it’s difficult. I’d rather focus on the fun parts of those days.